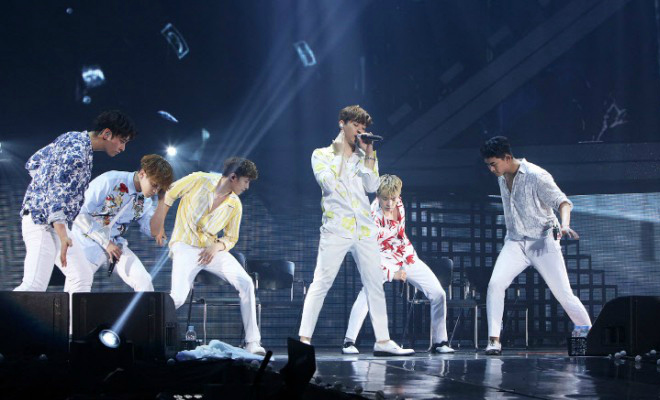 Together as 2PM, one last time.

Korean boy group 2PM held its final concert as six on June 11 before its members leave to enlist for mandatory military duty.

Taecyeon, Wooyoung, Jun.K, Nichkhun, Junho and Chansung successfully wrapped up its 6 Nights concert series, which kicked off on June 2.

The septet opened the final leg of the six-night concert series, with “Giv U Class” from their sixth studio album Gentlemen’s Game. The song was followed by “Promise” and “Make Love”, which are also tracks from the album. Aside from these, they performed songs from their fifth studio album No. 5, such as “My House” and “Magic”.

The concert turned nostalgic as the boy group looked back to its early years with classic hits “I’ll Be Back”, “Without You”, “Heartbeat”, “Again and Again”, and “10 out of 10”. 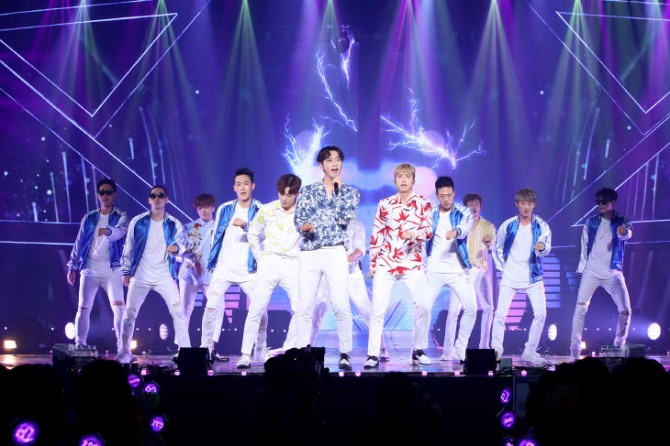 FOR THE LAST TIME: 2PM wowed the crowd with “10 out of 10” performances of its hit songs. (Photo by JYP Entertainment)

An Emotional 6 Nights Together

The members also shared their honest and sincere feelings about the past nine years together as 2PM, with some breaking into tears.

“I’d like to thank everyone here who has been supporting us throughout the years,” Jun.K said. He then apologized for making the fans worry due to his arm injury, and assured them that he is on his way to recovery. 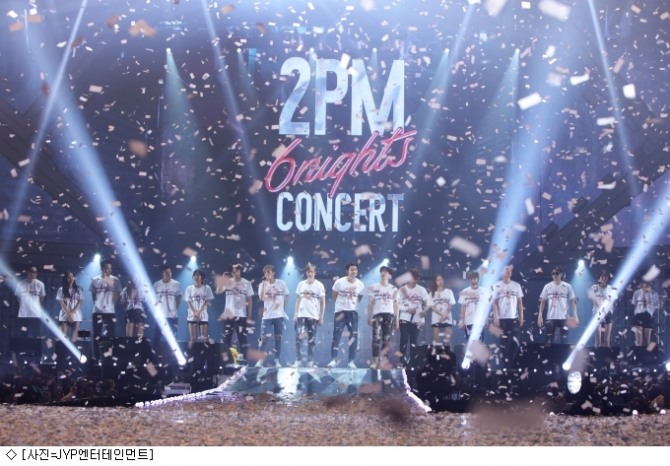 FOR THE LAST TIME: The June 11 concert marked the final concert of the boy group as six before each member fulfills their military duty. (Photo by JYP Entertainment)

Wooyoung praised the crowd for a “crazy night”, and shared his hope to spend another ten years with them. ” I‘m shocked at how you guys are able to raise our performance even higher. We hope to make you even crazier for another 10 years,” the singer added.

Taecyeon, who is set to enter the military in the summer, opened up on his upcoming enlistment. He also asked fans to watch his upcoming drama Save Me. The singer-actor is currently filming the drama, which will air on OCN this August.

2PM held its 6 Nights concert series, beginning on June 2 to 4 and 9 to 11 at Korea University’s Hwajeong Tiger Dome Center.

Hellokpop, as an independent Korean entertainment news website (without influence from any agency or corporation), we need your support! If you have enjoyed our work, consider to support us with a one-time or recurring donation from as low as US$5 to keep our site going! Donate securely below via Stripe, Paypal, Apple Pay or Google Wallet.
369
SHARES
FacebookTwitter
SubscribeGoogleWhatsappPinterestDiggRedditStumbleuponVkWeiboPocketTumblrMailMeneameOdnoklassniki
Related Items2pm6 NightsChansungJun.KJunhoNichkhunTaecyeonWooyoung
← Previous Story “K-Pop Cover Dance Festival” Crowns The Most Popular Cover Dance Group; Garners Over 600,000 Views
Next Story → SF9 And CNBLUE Postpone Manila Concerts