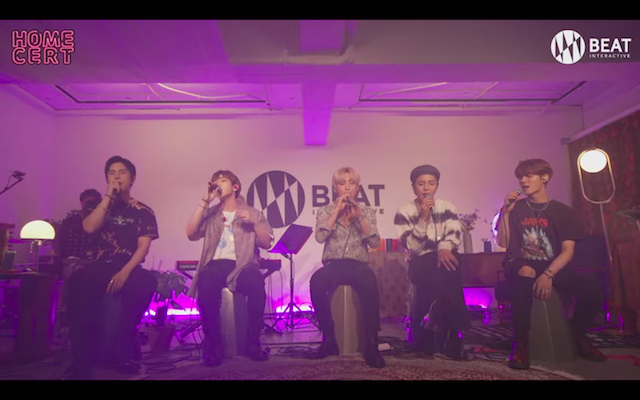 A.C.E made sure to commemorate their third debut anniversary by spending it with their cherished Choices from all around the world through a live online concert celebration.

The quintet warmed fans’ hearts with the special stages that they presented for an equally special night where they celebrate a memorable milestone in their career. Greeting everyone at 11:55 PM KST on May 22, A.C.E intercepted midnight to jointly celebrate their May 23 anniversary with Choices as soon as the exact special date finally falls.

Prior to the official start of the concert, a VCR of the group was played—just like in regular concerts. The group then opened the free showcase—that fans from all around the world were able to watch through YouTube—with a performance of H.O.T’s “Hope”.

At exactly 12 AM KST, Donghun, Jun, Wow, Byeongkwan and Chan rejoiced and enthusiastically greeted fans with a bow as they officially marked their third debut anniversary date. They spent the time talking to Choice after formally greeting everyone, and afterwards, Jun, Donghun, and Chan proceeded to serenade fans with a soulful cover of John Legend’s “All of Me”. 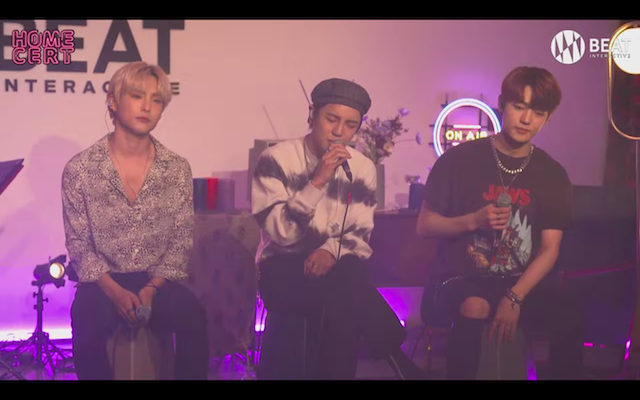 Bringing back another well-loved cover of theirs which also previously went viral on YouTube, the quintet dedicated their sweet serenade of BLACKPINK’s “Stay” to their fans. Endowing one of the most beautiful harmonies on Earth, A.C.E made Choices’ hearts melt as Wow said, “Choice, stay with me”—which remains to be one of my personal favourite moments from HOMECERT.

After their very meaningful rendition of the hit song, the group then sang “I Think About You” by One More Chance, which they covered in April 2017.

Marking another unit performance, Wow and Byeongkwan treated fans to a captivating performance of “Angel 2 Me” by Mckay—and this time, Choices finally got the full-length version of their cover. 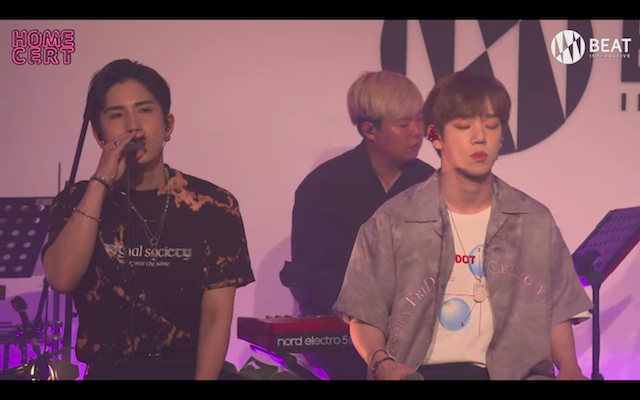 Taking a quick break, the quintet played a VCR where they revealed that they will be releasing a tour DVD soon. Moreover, A.C.E threw fans into a chaos as an advertisement about a certain Channie Film application played on everyone’s screens. In fact, even Twitter was filled with questions from fans regarding what Yuchan had planned.

Later on, the group revealed that they are launching a photo app especially for fans. Through Channie Film which is now available on Apple and Android, Choices can take photos with a “film camera”. However, you have to purchase the app.

Other thrilling news that the group shared during HOMECERT were their upcoming official lightstick and their recent YouTube view count feat for “Under Cover”.

Going back on stage, the group brought fans to music heaven with their angelic voices beautifully highlighted in their rendition of “Empty Space” by James Arthur.

Afterwards, A.C.E found out that they were trending worldwide at the moment, and they began enthusiastically cheering for Choice to show their delight. They then proceeded to sing “If You Heard”, a track from their 2019 hit mini-album UNDER COVER. Just like the song, the performance itself served as a gift for their fans. 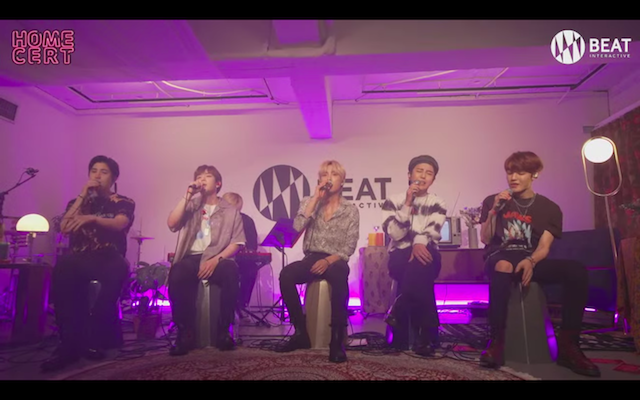 Taking off from the extremely sincere atmosphere set by the performance, A.C.E headed to a sentimental part of their anniversary.

Individually stepping up to share their messages, the group’s members may or may not have shed tears at some point (we love you, Donghun!) and their emotions deeply touched fans from the other end of the screen. Byeongkwan also made us laugh a bit in the middle of everything with his “I’m gonna cry” remark before starting to speak—which made us say “best boy”, indeed.

After getting over their overwhelmed feelings, Donghun, Jun, Wow, Byeongkwan and Chan then proceeded to the “party” portion for their anniversary celebration. Bringing out a cake to the stage, the quintet adorably blew candles and expressed their wishes.

Apt to the current mood, A.C.E then sang “History” by One Direction with a happy heart—bearing a promise of making more histories with their fans as they go on.

After playing the trailer for their movie On The Road (another surprise, Choices!), the quintet sweetly came back for an encore stage. There, they sang a medley of even more covers, including “쓰담쓰담” by 10cm, “커피를 마시고” by Urban Zakapa, and “Cool” by Aloha.

Wrapping up the night in the most heartwarming way possible, A.C.E then performed their fan-favourite song titled “5tar”. The song and its message encompassed A.C.E’s promise and goal to continue staying by Choices’ side and providing them the same love and comfort that the group has been receiving from them for the past three years.

Screengrabs and video from Beat Interactive