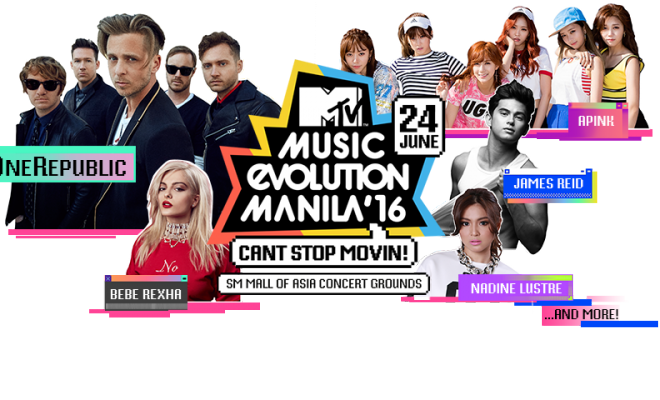 By Community | May 27, 2016
23
SHARES
FacebookTwitter
SubscribeGoogleWhatsappPinterestDiggRedditStumbleuponVkWeiboPocketTumblrMailMeneameOdnoklassniki

Joining the high caliber line-up for MTV Music Evolution in Manila 2016 is the lovely girls of Apink!

Tickets are not for sale, but fans are given a chance to win a pass through its official website.