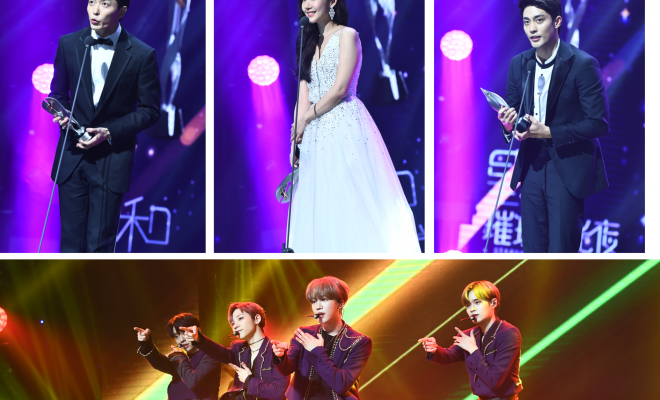 Dressed to the nines, stars and celebrities dazzle at the StarHub Night Of Stars 2019.

Her Private Life stars Park Min Young and Kim Jae Uck, together with K-pop group AB6IX and actor Sung Hoon light up the green carpet and stage. It was a night of glitz and glamour as they joined renowned stars across Asia and gathered together at the StarHub Night Of Stars 2019 at Marina Bay Sands on November 24.

That’s a wrap on our coverage of #StarHubNightOfStars2019! What a night! Congratulations to all the winners!

Hellokpop would like to thank @StarHub for the event invites. pic.twitter.com/m8nXnnT9QN

In its second year, StarHub Night Of Stars is back with a stellar line-up of top celebrities in the region. The awards show celebrated the hottest line-up of Asian entertainment on StarHub, presenting 18 awards coupled with performances by some of the best stars in Asia.

Opening the night on a high note, local songstress Joanna Dong descended from a height looking like an angel perched on a swing.  With her surprising musical range and versatility, she dazzled the crowd with a medley of hit drama theme songs of 2019. 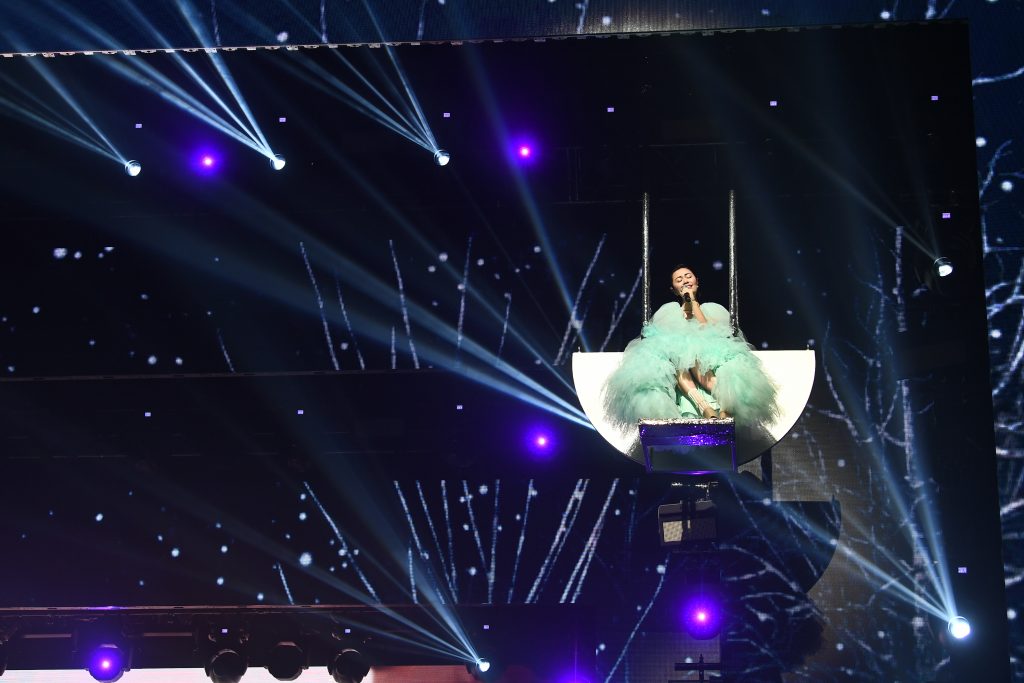 Meanwhile, Dennis Nieh, Lulu Huang and Kate Pang reprised their role as hosts for the event. With their leveled-up rapport, they surely enlivened the night. Moreover, the audience were treated with performances from superstar Ekin Cheng and music sensation Yoga Lin and AB6IX. 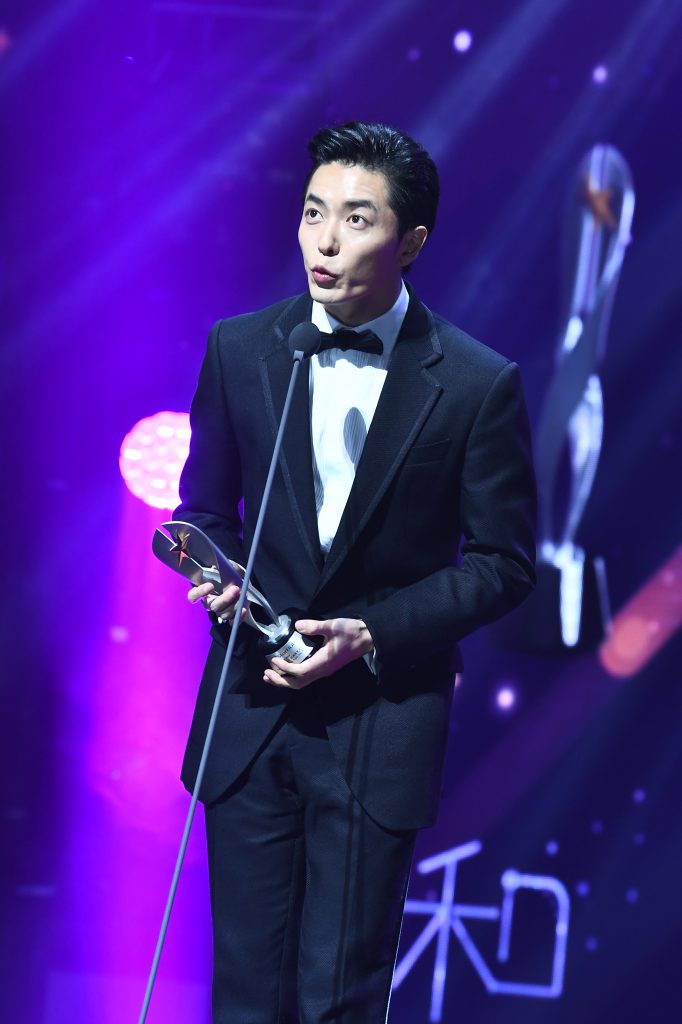 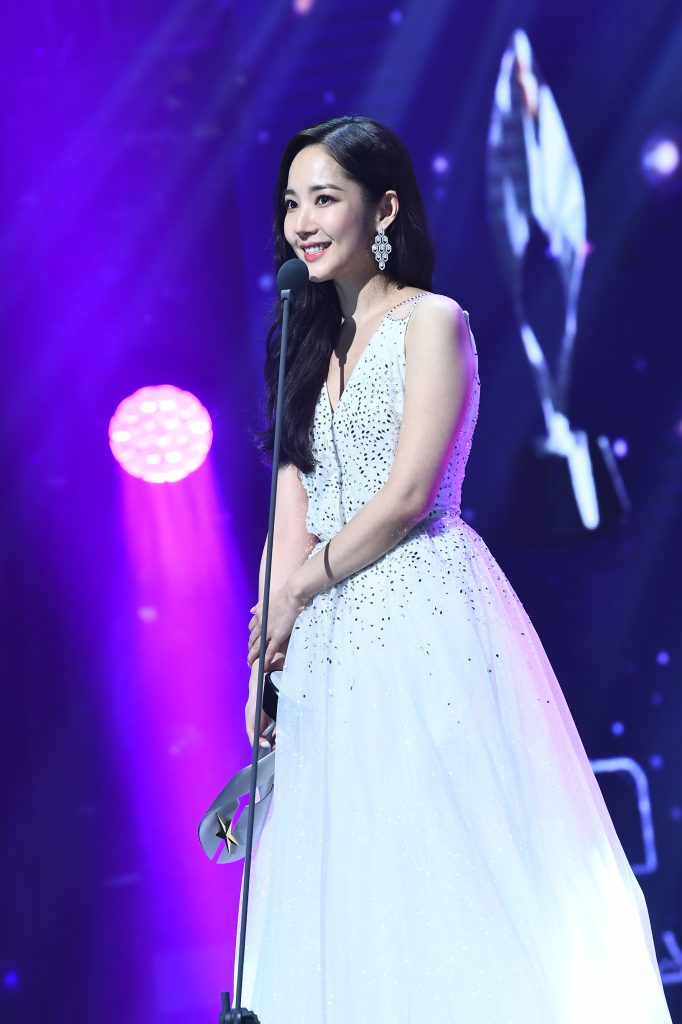 Before the awards night, invited celebrities greeted their fans at the Green Carpet Event at Digital Light Canvas at The Shoppes. Many of their avid supporters arrived as early as 6 AM to reserve the best spot just to get a glimpse of their favorite stars. 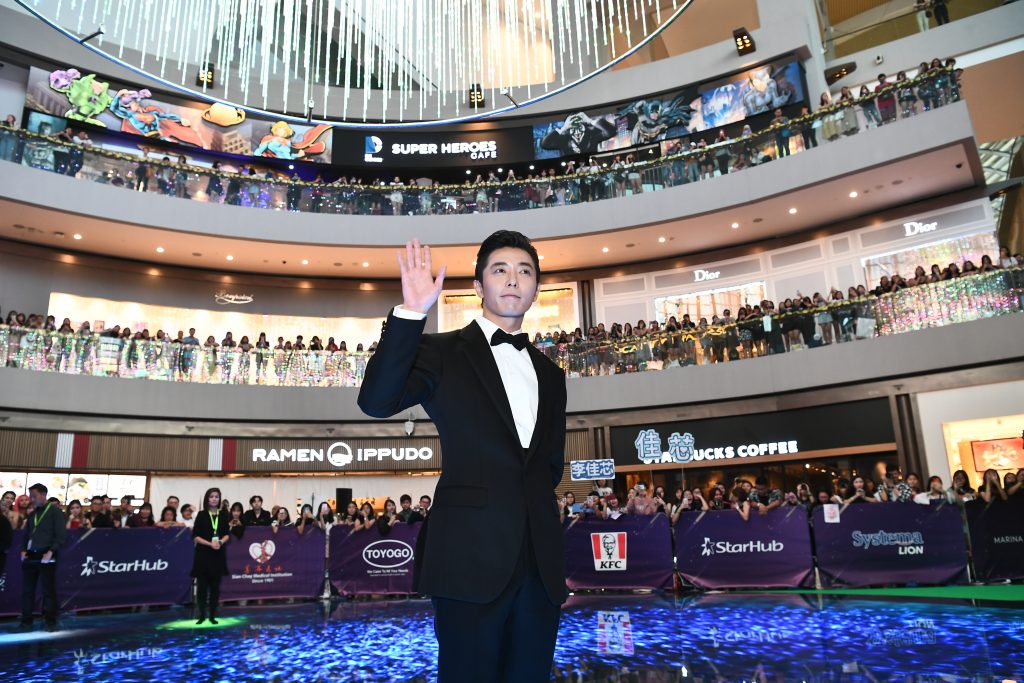 The StarHub Night Of Stars 2019 received a lot of support from the fans. The event area was filled to the brim, jam-packed with the audience until level 3. Furthermore, the awards show was attended by more than 1,700 guests maximizing the full capacity of the Sands Theatre, Marina Bay.

Korean heartthrob, Sung Hoon bagged the 2019 StarHub Dazzling Star Award. He gained recognition on the popular show I Live Alone where he showcased an uncensored look into his personal life. His huge appetite and quirky habits also stole the hearts of many viewers thus earning him the title. 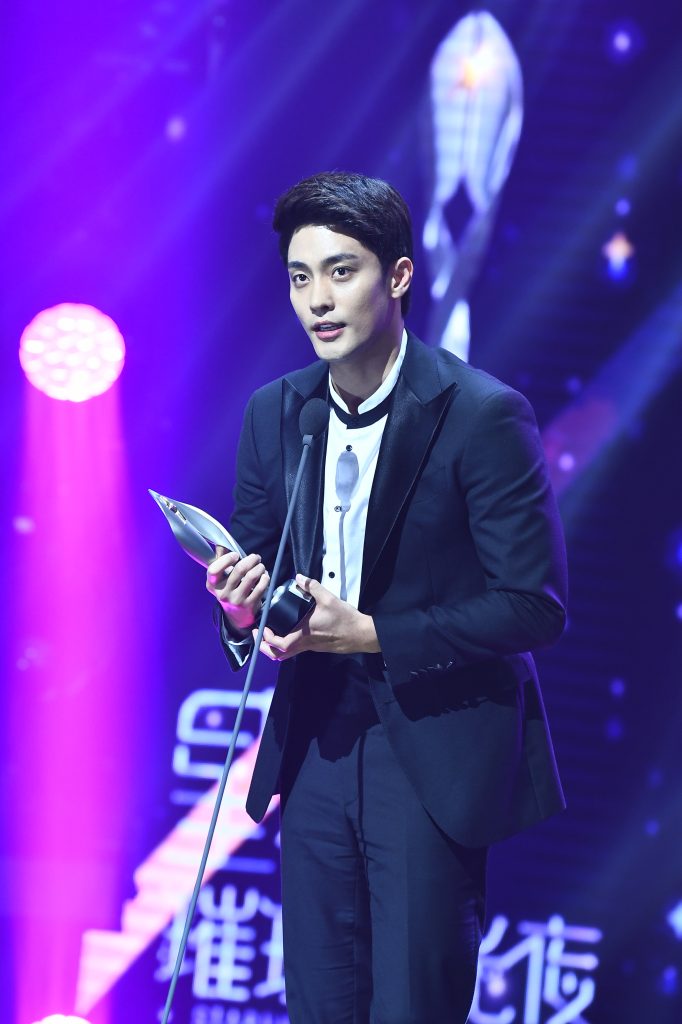 Meanwhile, idol-turned-actor Ong Seong Wu received the 2019 StarHub Most Promising Actor Award for his role in the jTBC youth drama At Eighteen. 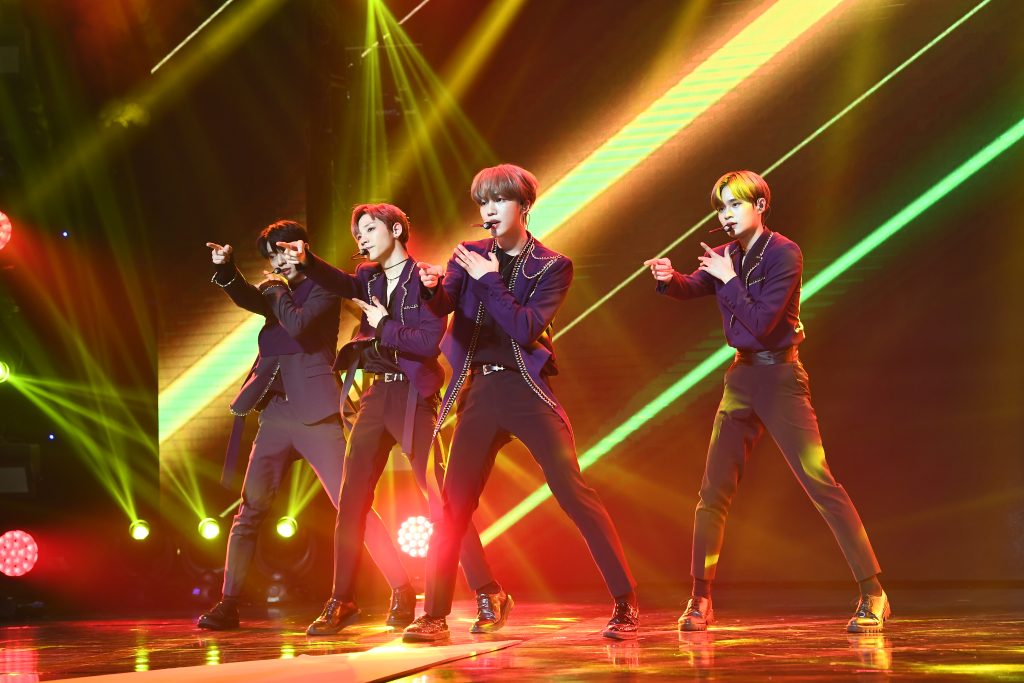 Also, the rookie K-pop group AB6IX earned the 2019 StarHub Rising Star Award. Aside from receiving the award. AB6IX gifted the audience with an amazing performance.

#AB6IX delights the crowd with a performance of “Blind For Love”#StarHubNightOfStars2019 pic.twitter.com/AYSldvGPid

For this year, StarHub increased the number of fan-voted awards to three, giving power to fans in deciding the ultimate winner. Voting took place through StarHub’s Facebook page.

#RunningMan is 2019 StarHub Favorite Variety Show Awardee (social voting) and the members are all excited to receive the award as seen in the video they send to thank everyone.#StarHubNightOfStars2019 pic.twitter.com/Erwf20M8nH

Here is the list of winners for fan-voted categories:

While winners were not present, they surprised the audience and appeared on the big screen with a sweet thank-you message to fans.

Other Lists Of Winners

Receiving other awards are top celebrities from local stars and different regions. Here are the lists of winners :

StarHub customers can catch the premiere of StarHub Night Of Stars on Hub E City (StarHub Channel 111/825) on December 8 at 7 PM. Moreover, StarHub 2019 will also be available on the StarHub Go streaming app, under Go Local reel, for free to all in Singapore from December 9. Furthermore, the awards show will also be available on Hub VV Drama on StarHub Channel 855 on January 2020 at 10:30 PM.

Hellokpop would like to thank StarHub for the invites

PR and Photo credits to StarHub