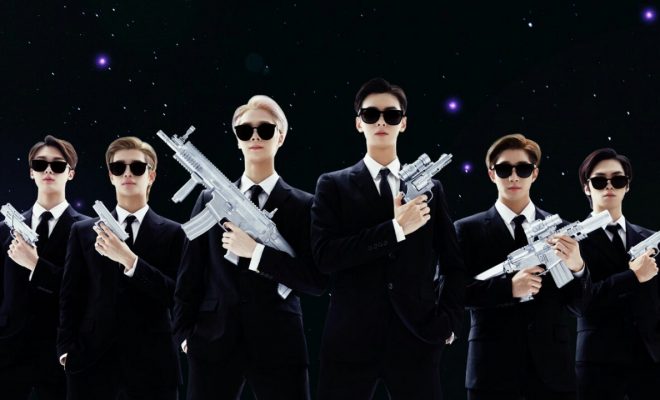 ASTRO struts in their black suits in preparation for their 3rd ASTRO AROHA FESTIVAL Fan Meeting!

Fantagio Music has announced that the boy group will be holding their 3rd ASTRO AROHA FESTIVAL Fan Meeting soon! 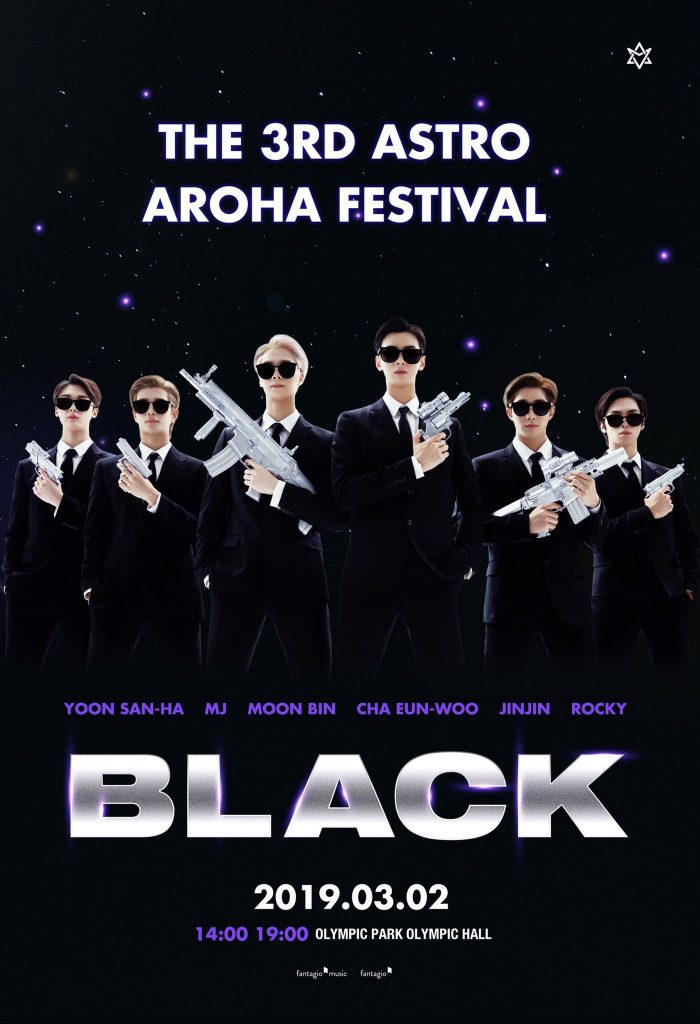 The agency teased fans with the official poster of the event on January 24 where the theme “Black” was revealed.

Taking on an intergalactic background, the teaser image shows the group all dressed in black suits, wearing black sunglasses, and holding space guns. The poster alludes the film poster of Men In Black. Moreover, it hints at the out-of-the-world experience the group will give to fans during the event.

The fan meeting is just one of the events ASTRO has lined up following their recent comeback with the single “All Night” from their first studio album, All Light.

This year, the group will embark on a world tour titled The 2nd ASTROAD TOUR – STAR LIGHT. It hasalready has seven announced stops around Asia and the USA.

The 3rd ASTRO AROHA FESTIVAL Fan Meeting will be held on March 2 at the Olympic Park, Olympic Hall. There will be two time slots for the event, the first at 2 PM and the other at 7 PM.

Tickets for the fan meeting will go on sale beginning January 28 at 8 PM KST – so get ready to gun for your shot to meet the group this year!

Check out the boys’ invitation to you for the event:

Are you looking forward to all the fun activities and stages the group will showcase on their 3rd ASTRO AROHA FESTIVAL Fan Meeting “BLACK”? Let us know by leaving a comment below, giving us a holler on Facebook, or tweeting us at @hellokpop!