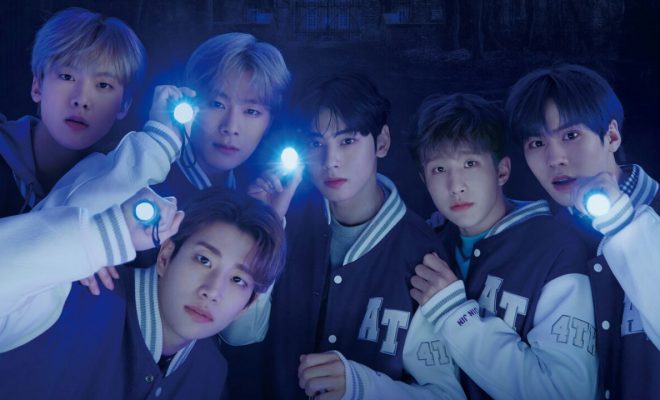 Let ASTRO take you back to your campus days, Aroha!

ASTRO has announced their upcoming fan meeting in Seoul for The 4th ASTRO AROHA Festival [CAMPUS] along with revealing its youthful campus theme on January 21! 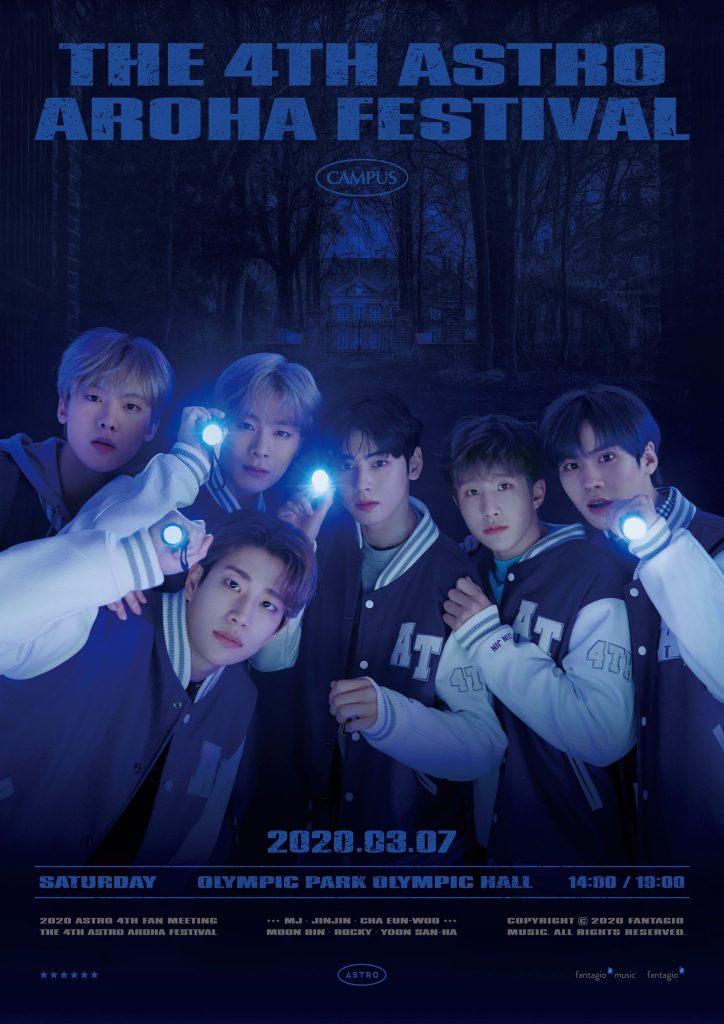 The boy group will be greeting their fans once again through a delightful event perfect for the spring season with its refreshing school concept containing a spooky twist, as displayed on the official show posters that Fantagio Music had just revealed!

While the main poster which featured ASTRO, whose all six members are complete, giving the spooks while looking like they are on a ghost-hunting adventure, the teaser poster that Fantagio Music shared earlier showed the boys giving carefree smiles as they laid on the grass while wearing varsity jackets.

With both show posters including all six members of the group, fans have expressed excitement over the possibility of the event having Moon Bin’s return from his temporary hiatus due to health concerns, which caused him to sit out from their recent comeback promotions.

The fan meeting is set to take place on March 7, 2020 at two timeslots, 2 PM and 7 PM KST. It will be held at the Olympic Park Olympic Hall. 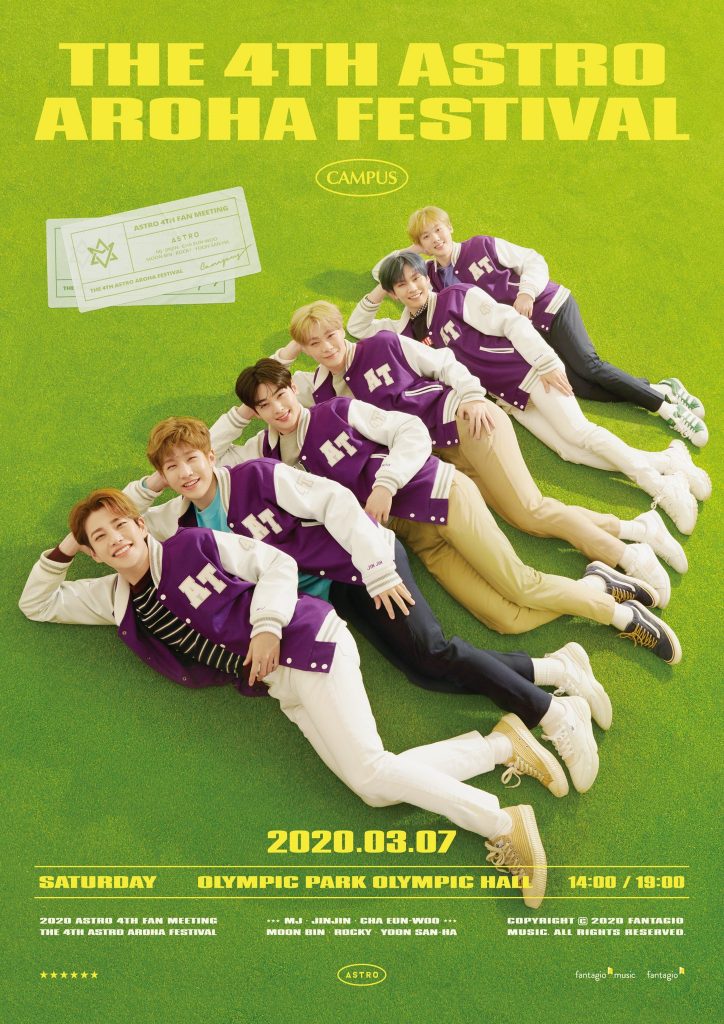 Known for greeting their fans annually with their Aroha Festival fan meetings, ASTRO began the series in 2017 with an awards ceremony concept. Last year, they met Arohas on March 2 at the same venue with a Men In Black-themed party.

Once again, the group is expected to prepare a set of fun corners filled with games and talk for their fans on the special event. Moreover, they will be endowing stellar performances set to make the night extremely memorable. This includes what may be the first performances of songs from their latest album Blue Flame staged by the group with all six members together.