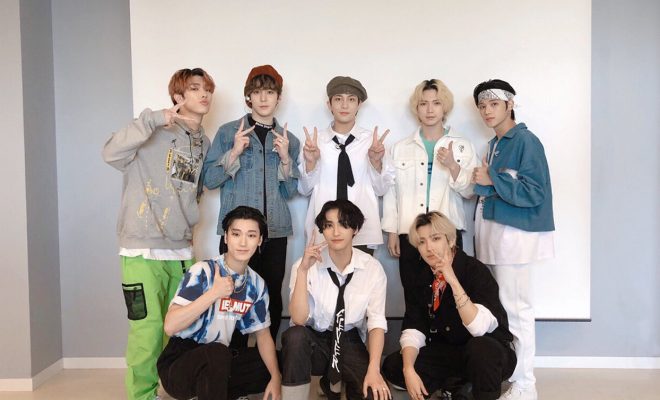 By Kirsten | May 31, 2020
27
SHARES
FacebookTwitter
SubscribeGoogleWhatsappPinterestDiggRedditStumbleuponVkWeiboPocketTumblrMailMeneameOdnoklassniki

ATEEZ continue their efforts to visit fans despite strict social distancing by streaming a free online concert through the popular broadcasting app, VLIVE.

On May 30th, the group took to the stage in an elaborate fan-dedicated event, which included a blend of performances and interactive events.

ATEEZ charmed their audience through showcasing their performance range and duality. The concert setlist split the event into three sections that highlighted the boys’ various charms. The first third of the concert included bright and cute concepts fitting for the summer.

Starting the concert off with their last summer comeback song “Wave”, the boys also performed their beloved pre-debut cover dance to Famous Dex’s “Pick It Up”. ATEEZ previously promised fans a cover that would show their cutest performance yet and they did not disappoint. After “Pick It Up”, ATEEZ surprised fans with a cheerful rendition of their senior group, Block B’s, song called “Yesterday”.

ATEEZ finished the more endearing stages with their pre-debut song titled, “From”. The song surely put a smile on all ATINY’s faces when watching the boys have fun together on stage, highlighting their close friendship. 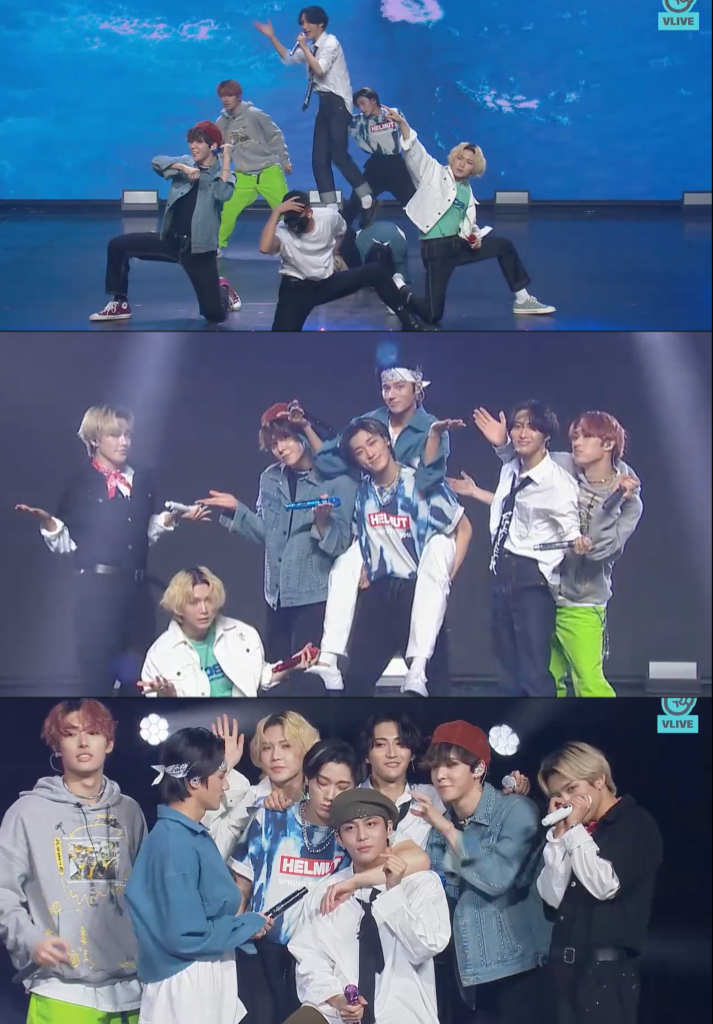 After a quick outfit change, ATEEZ changed the atmosphere of the concert completely by transitioning into their more lethal performances. Known for their unique charisma and demanding presence on stage, ATEEZ’s impactful fan-favorites had fans on the edge of their seats even from home.

The boys began their hard-hitting entrance with “Say My Name” followed by the more contemporary “Dazzling Light”. ATINY’s were stunned as the boys moved into the demanding “Hala Hala” performance right after, before grabbing black lace blindfolds for their most sensual song, “Desire”. 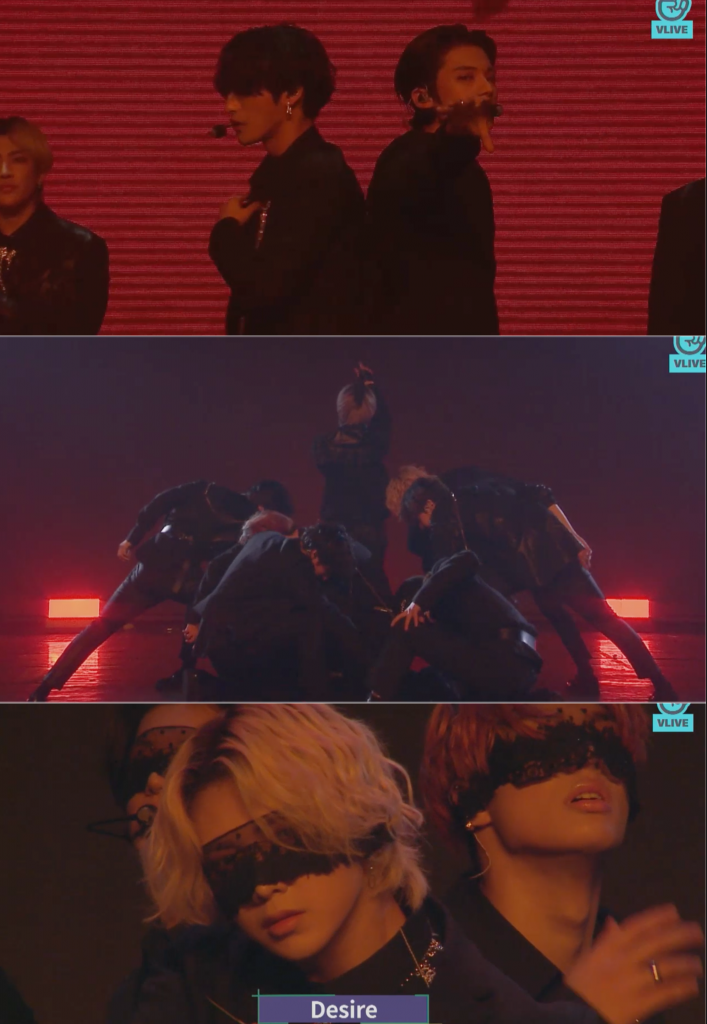 In the last part of their performances, ATEEZ devoted the stage to their more uplifting music. Hoping to bring fans solace during this isolating time, they performed ATINY dedicated “Star 1117”, and the encouraging “Dancing Like Butterfly Wings”. 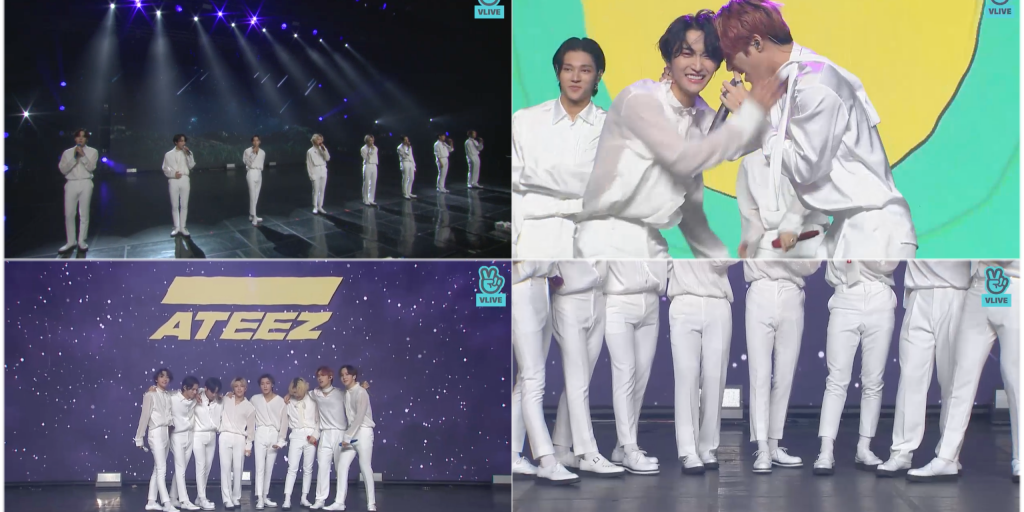 Between performances, ATEEZ included VCR clips of their daily life. As leader Hongjoong explained at the end of the concert, ATEEZ are curious about ATINY’s life routines. Considering this, ATEEZ wanted to bring ATINYs along with them throughout their days. ATEEZ reminded their fans that while they cannot be together, ATINYs always remain on their minds. 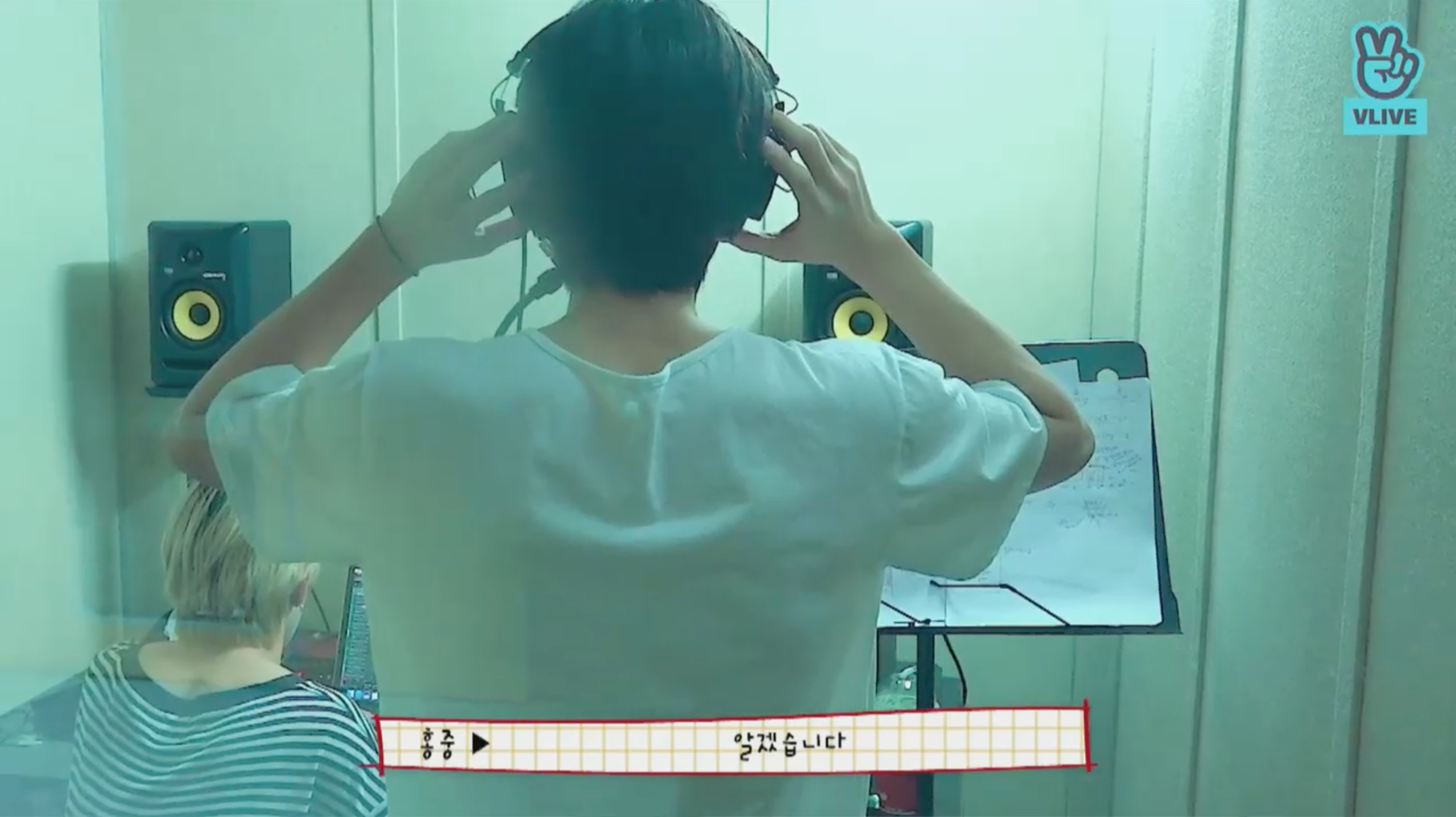 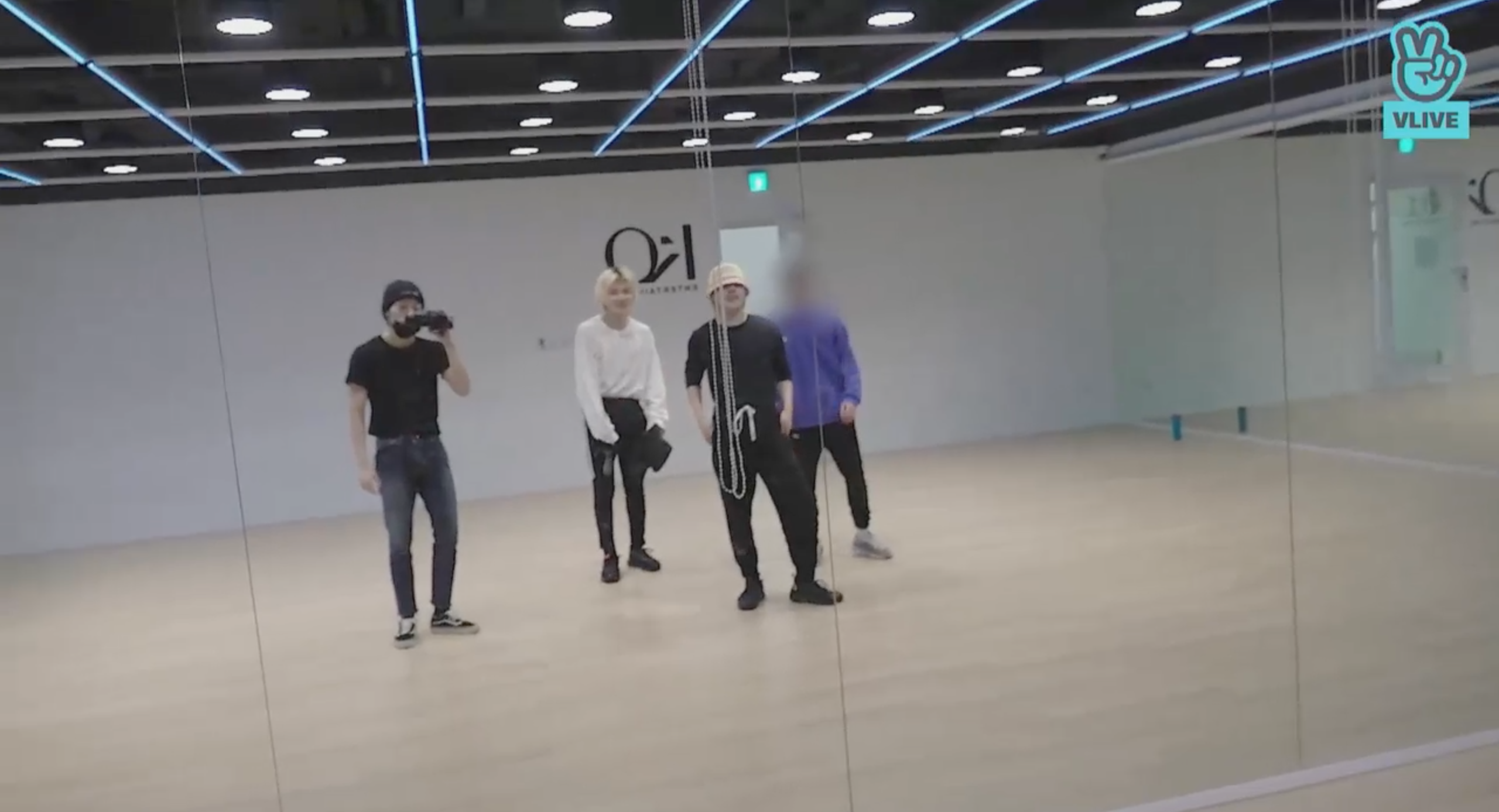 ATEEZ also included a candid segment where they reflected on past performances and the small mistakes that occurred during them. Fans appreciated the more raw look into the life of a performer, as well as the heart-warming message that mistakes always happen, and that they are okay. 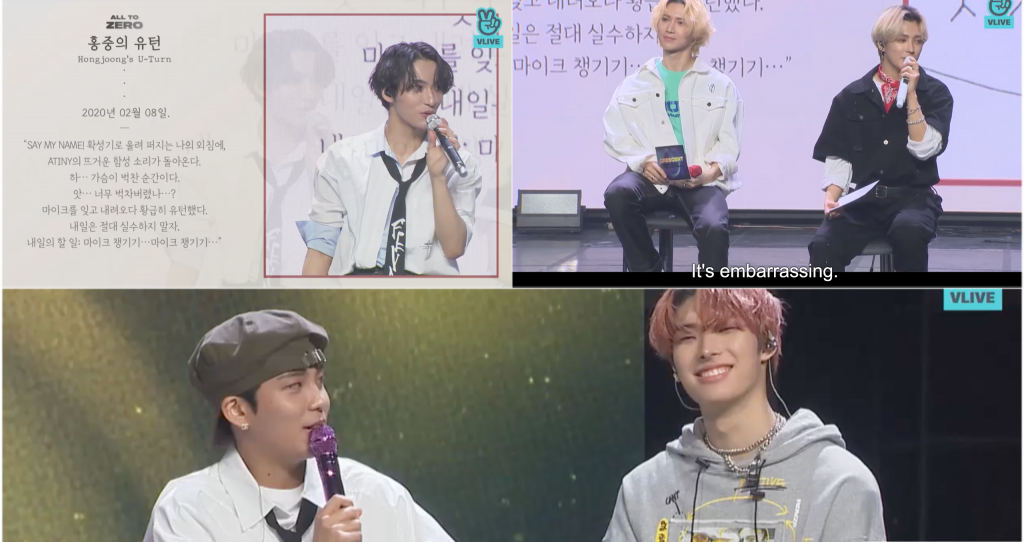 While the concert streamed live online without any in-person audience, ATEEZ did their best to incorporate fans into the event. The boys broadcasted fans’ VLIVE comments while their lightstick, the “Lightiny”, represented fans. The boys also included a fun skit in which the members acted as ATINYs in the crowd.

Additionally, ATEEZ played a fun game of charades while fans voted for the winner in the comments. 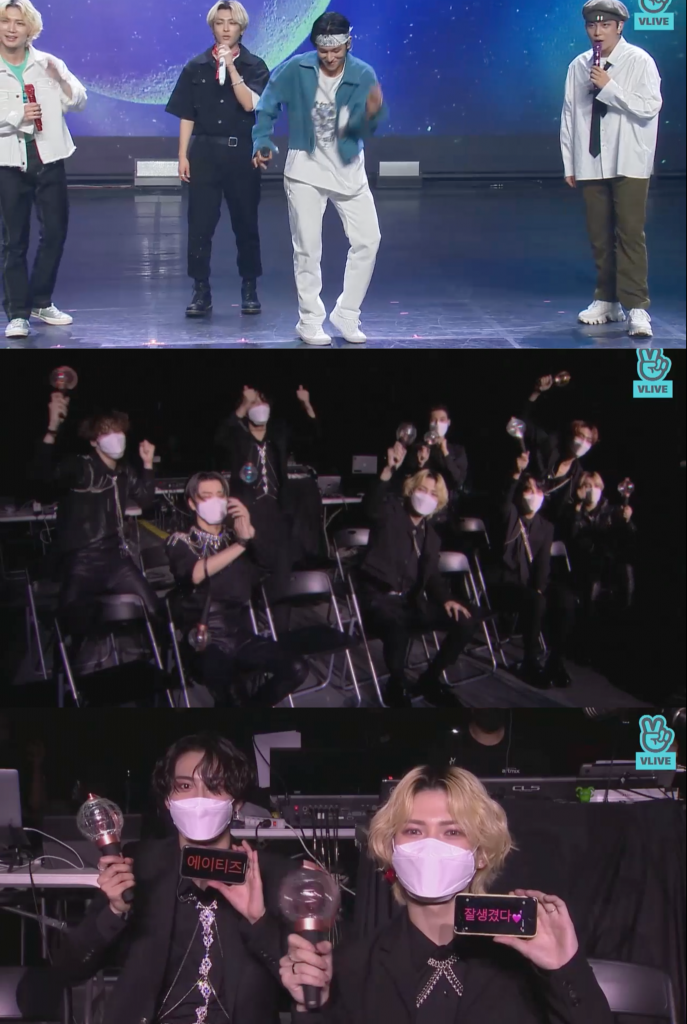 The most emotional fan-dedicated event was the inclusion of ATINY’s handwritten slogans that read, “Gathering all our hearts, we’ll let our lights shine on you, the stars,” during ATEEZ’s performance of “Star 1117”.

Days before the concert, the boys’ company, KQ Entertainment, called for fans to submit their projects online. ATEEZ were clearly emotional after being surprised by the event, gratefully thanking all fans for their support.

Though separated, the group and their fans felt closer than ever through these activities. 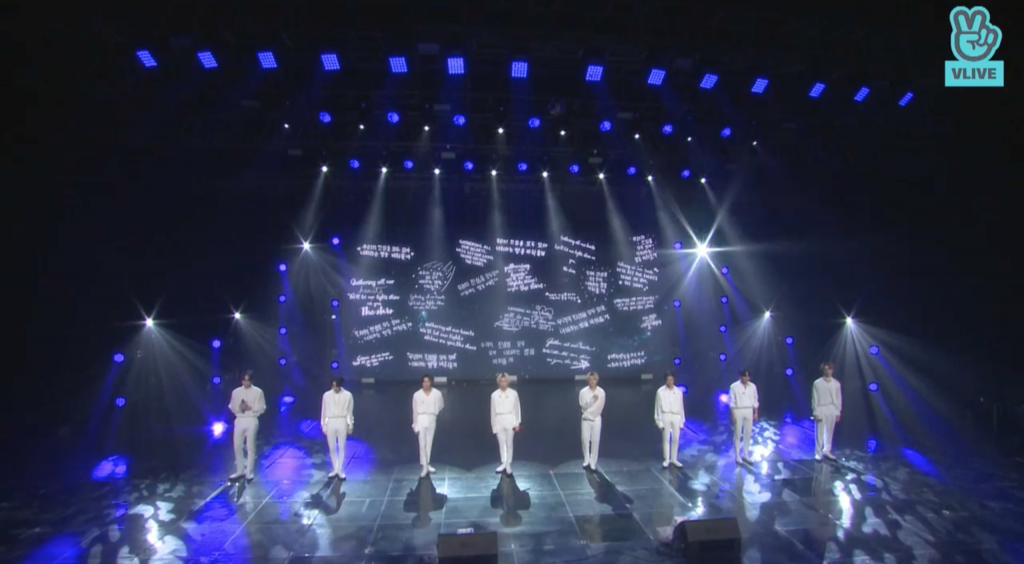 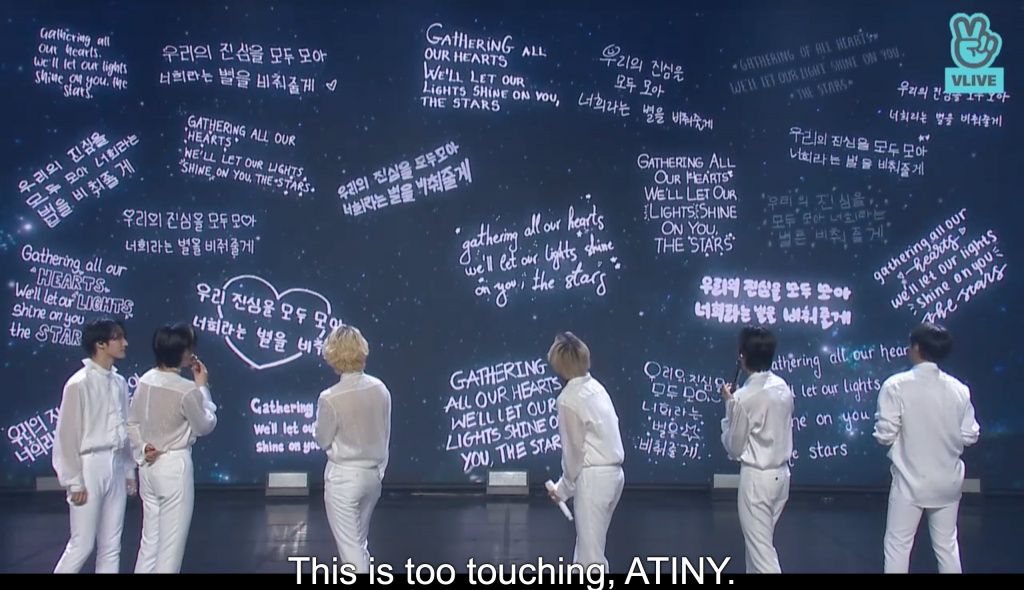 The entire event was conducted in honor of the journey ATEEZ and ATINYs have experienced together so far. However, the boys also hinted towards the future with exciting comeback hints. Hongjoong ended the concert promising the start of a new chapter soon.

A thrilling VCR then played, showing the various stages of a moon, with an hourglass that filled from the bottom to the top. ATINYs were familiar with the hint, as a photocard that came with the group’s latest album described that same scene. Both the VCR and photocard seem to suggest the concept of time will be increasingly important in their next release.

Fans are eagerly anticipating their return, curious where the group and their storyline will head next. According to ATEEZ, the wait before their next comeback will not be long. 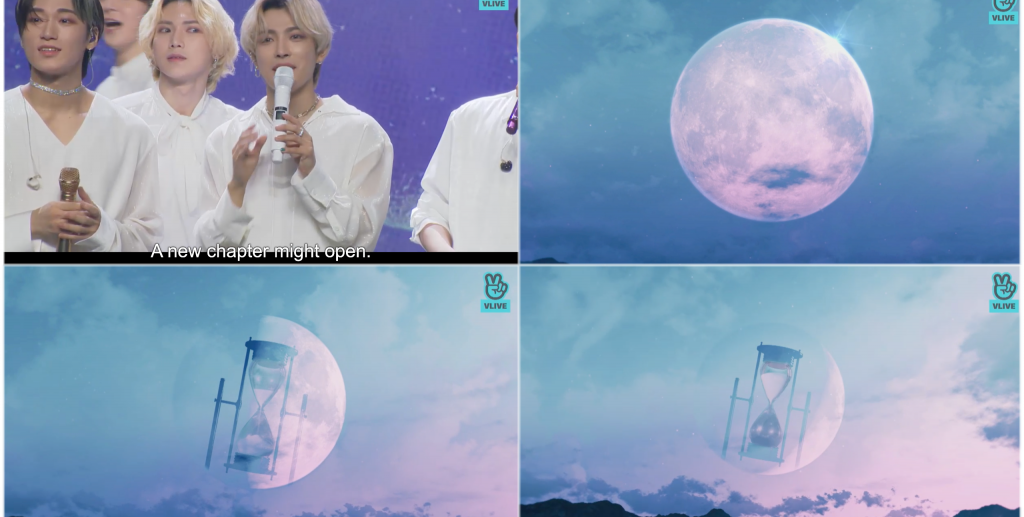