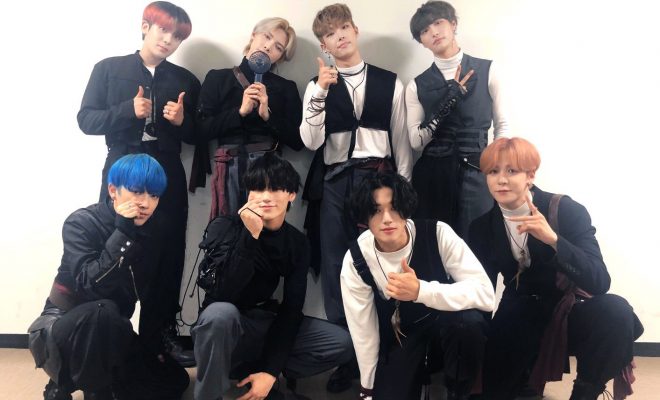 ATEEZ gifted fans with a Pirates of The Caribbean themed stage, performing their title track “Answer” and a re-interpretation of BTS’ “ON”!

ATEEZ unveiled their new looks for Music Bank’s special titled, “Music Bank Cinema”, to the delight of their fans. In commemoration of the series’ half-year episode, the program invited artists to perform with concepts inspired by popular films. The members emerged with freshly dyed hair and new cuts, tackling a Pirates of The Caribbean stage by wearing their outfits for their debut song, “Pirate King”. The group’s distinct pirate narrative shone in the special performance. 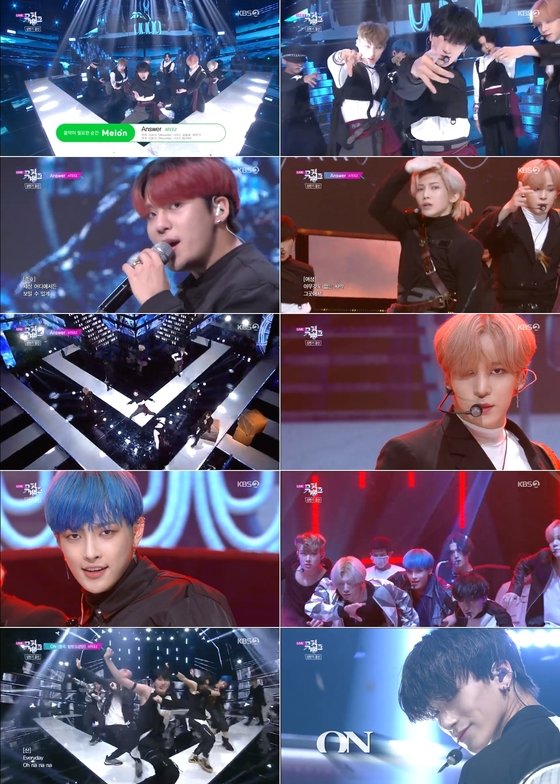 Even as member Jongho sat down due to a prior leg fracture and Seonghwa was absent due to a hip sprain, ATEEZ overwhelmed audiences with their powerful choreography and singing skills.

Additionally, the group surprised fans by covering BTS’ track, “ON”. ATEEZ have praised their senior group in the past, citing their heartfelt admiration for BTS. In their cover stage, ATEEZ reinterpreted “ON” and highlighted their own unique charms. Seamlessly including moves from their own choreography for songs “Wonderland”, “Wave”, and “Answer”, ATEEZ’s efforts to gift fans a unique cover impressed many.

The group also ended the cover with their signature “eight makes one team” chant huddle.

ATEEZ’s recent performance streak has amazed ATINYs. Following their morning appearance at Music Bank, the group embarked on an extensive performance at KCON:TACT that same day.

Hellokpop, as an independent Korean entertainment news website (without influence from any agency or corporation), we need your support! If you have enjoyed our work, consider to support us with a one-time or recurring donation from as low as US$5 to keep our site going! Donate securely below via Stripe, Paypal, Apple Pay or Google Wallet.
FacebookTwitter
SubscribeGoogleWhatsappPinterestDiggRedditStumbleuponVkWeiboPocketTumblrMailMeneameOdnoklassniki
Related ItemsATEEZATEEZ Music BankATEEZ Music Bank Special
← Previous Story K-Pop Comeback Spotlight: BLACKPINK Unveils Their Femme Fatale Boldness In Pre-Release Single “How You Like That”
Next Story → Stray Kids Brings Impressive One-Take Performance Of “SLUMP” On “THE FIRST TAKE”