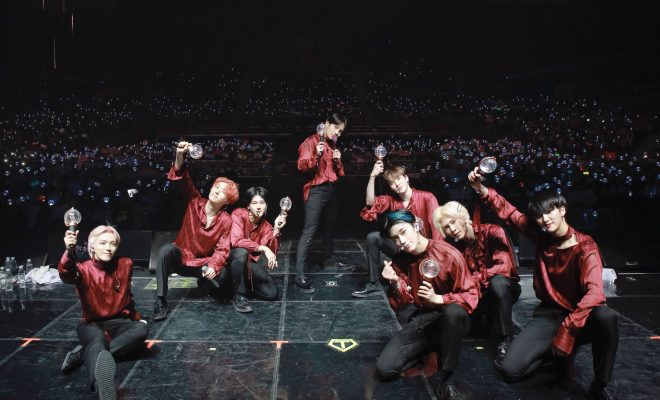 ATEEZ Kicks Off “The Fellowship: Map The Treasure” World Tour With Shining Performances In Seoul

ATEEZ had taken fans on an amazing adventure to remember with their latest two-day concert in Seoul!

ATEEZ had successfully kicked off their 2020 world tour The Fellowship: Map The Treasure with a two-day concert at the Olympic Hall in Olympic Park, Seoul last weekend! 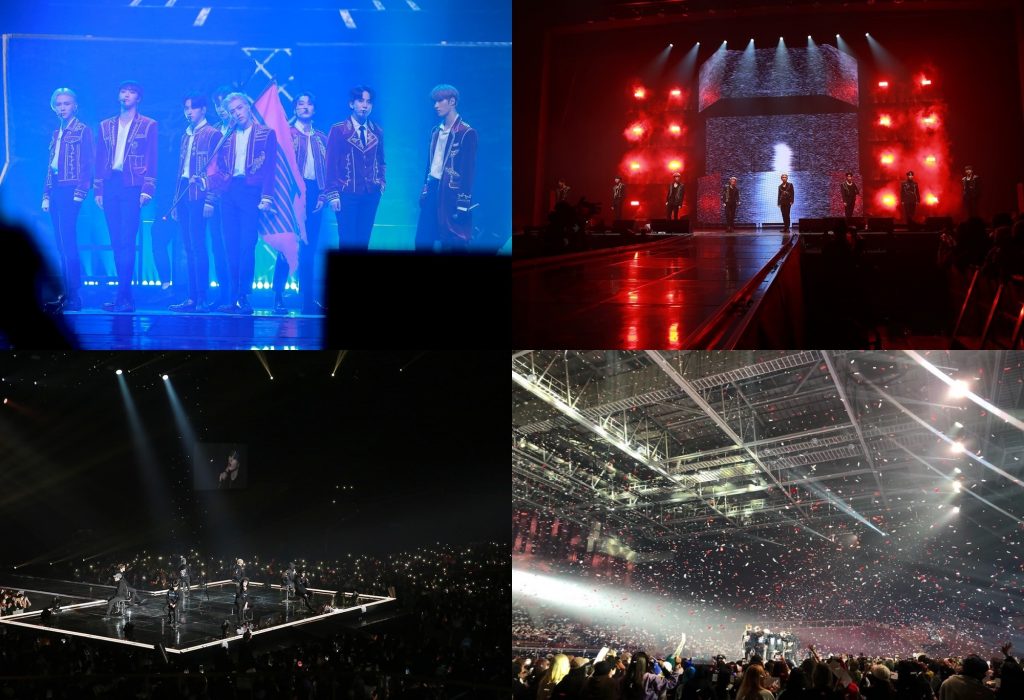 Setting the sails running for their new adventure, the boy group filled their treasure trove with tons of precious new memories made together with ATINY on their back-to-back shows in Seoul on February 8 and 9!

Welcoming fans who are enthusiastically joining their continuing journey, they opened their massive two-day concert with the superb back-to-back stages of “WIN”, “Horizon”, and “Pirate King”.

Continuing with the show, the group then took a medley of their songs “Twilight”, “Stay”, and “My Way” to the stage. They then sent shivers with their amazing, heavenly stages for “Light”, “Mist”, and a remix of “Desire” – which they performed while wearing blindfolds, leaving fans in both complete frenzy and awe.

Their VCR which played afterwards was immediately followed by the light and cheerful stages of their catchy summer anthems “Illusion” and “Wave”, as well as “Crescent” and “Sunrise”.

Switching up the mood a bit afterwards, they then showcased their abilities to evoke emotions with their breathtaking performances of “If Without You”, “Aurora”, and “Utopia”.

Intensifying the atmosphere once more, the group proved their impeccable control of the stage with the powerful performances of their hits “Say My Name” and “Dazzling Light”, which was followed by the remix version of “Hala Hala” which was included in their Shift the Map album.

After getting loud cheers from fans for “Treasure”, the boys then shone brightly on stage with their performances of “Precious”, and  – with a dance break in between – an intro together with “Wonderland”. 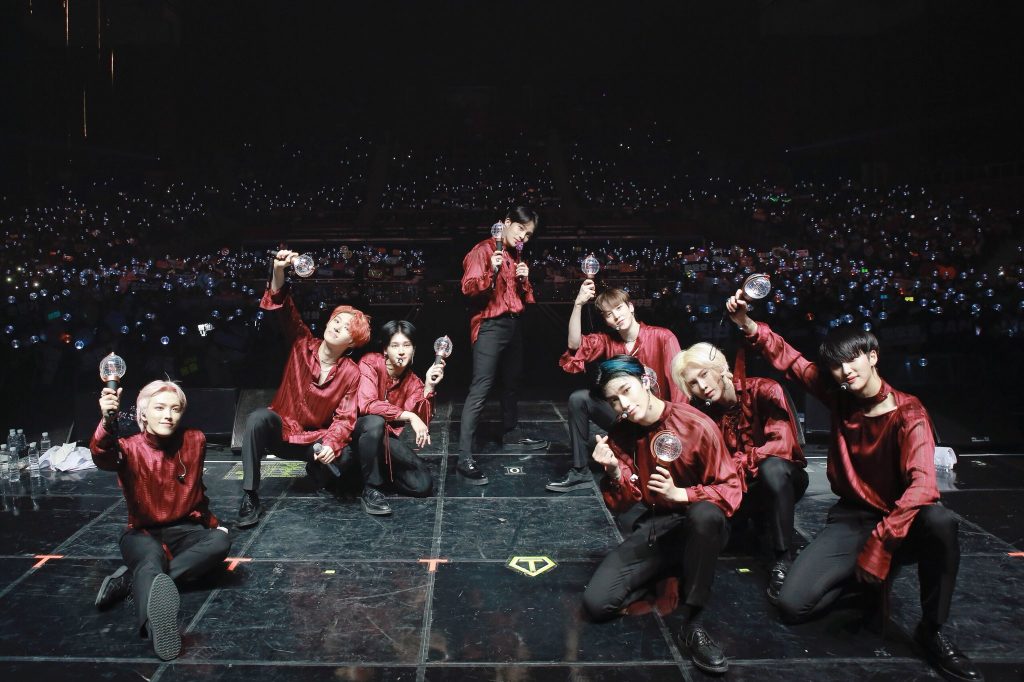 Following a VCR, the group continued on raising the energy further by performing their latest comeback track “Answer”.

With a VCR in the background, the boy group then sang along to a heartfelt performance of “Thank You”, which was followed by “Star 1117” that was made extra special by ATINY forming a bright and sparkling ocean with their lightsticks for the boys.

They then wrapped up the concert with “Promise”, where fans conducted a beautiful surprise slogan event, and “Dancing Like Butterfly Wings”, where the boys just had fun on stage with each other while dancing.

This splendid showcase was also enjoyed not just by ATEEZ’ fans, but by several other fellow idols as well. This includes Dreamcatcher members, as confirmed by SuA in a live broadcast, and Block B’s Jaehyo and Kyung, Teen Top’s Changjo, 14U’s Loudi, and Noir’s Yunsung and Minhyuk who were all reportedly seen in the venue as well. 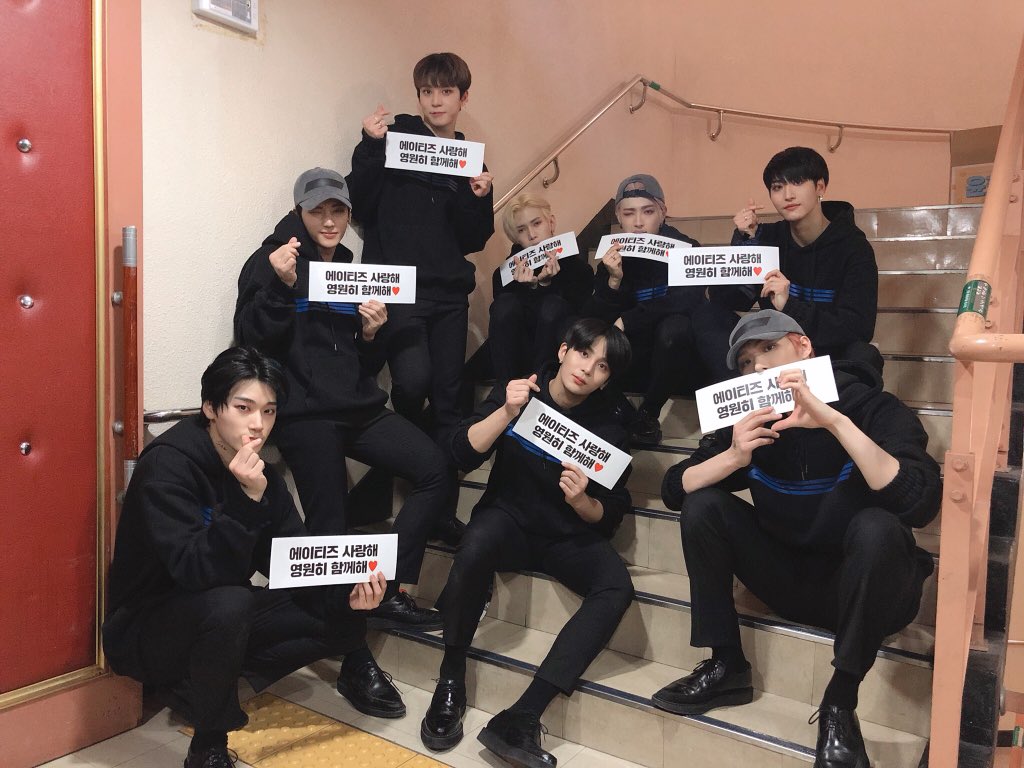 Besides for the thrilling live performances of the group, ATEEZ’ concert in Seoul also caught the attention of fans worldwide with the exciting detail of their ment portions coming along with live English subtitles – an act which made so many international fans happy and grateful for.

“‘Beginning of the end’. Well, the beginning is the end, is the beginning. Don’t be too sad and please look forward to other stories of ATEEZ,” San shared during their talk portion regarding their Treasure series coming to an end with their previous mini-album.

“We will come to meet you often so that you can feel proud of being ATINY, especially concerts,” Mingi promised as well.

During their ment portion, the group also revealed the official name of their lightstick as “Lightiny”. “ATINY are the best at everything. ATINY designed the lightstick and named it,” leader Hongjoong expressed in awe and joked around with fans after.

The group also became emotional during their ending ments while thanking ATINY and expressing their never-ending love for them.

“Whenever I thought of giving up, ATINY held my hand through letters, words, or support. I think hearing ATINY say that they gained strength through us is the reason we were able to continue our journey. I hope you know that the ones who made all of these possible is ATINY and not us. I often say that ATINY shines brighter than stars, but coming here [makes me see that] ATINY are already the brightest stars for me,” Seonghwa shared.

“I wrote a letter before on fancafe where I said that I hope you are surrounded by people who make you happy – and I hope that ATEEZ becomes one of those people for you. In the future, if you can look back to your past and think that you had a great day at this concert, then we can really say that we had a fruitful day to one another,” Yeosang also told their fans. 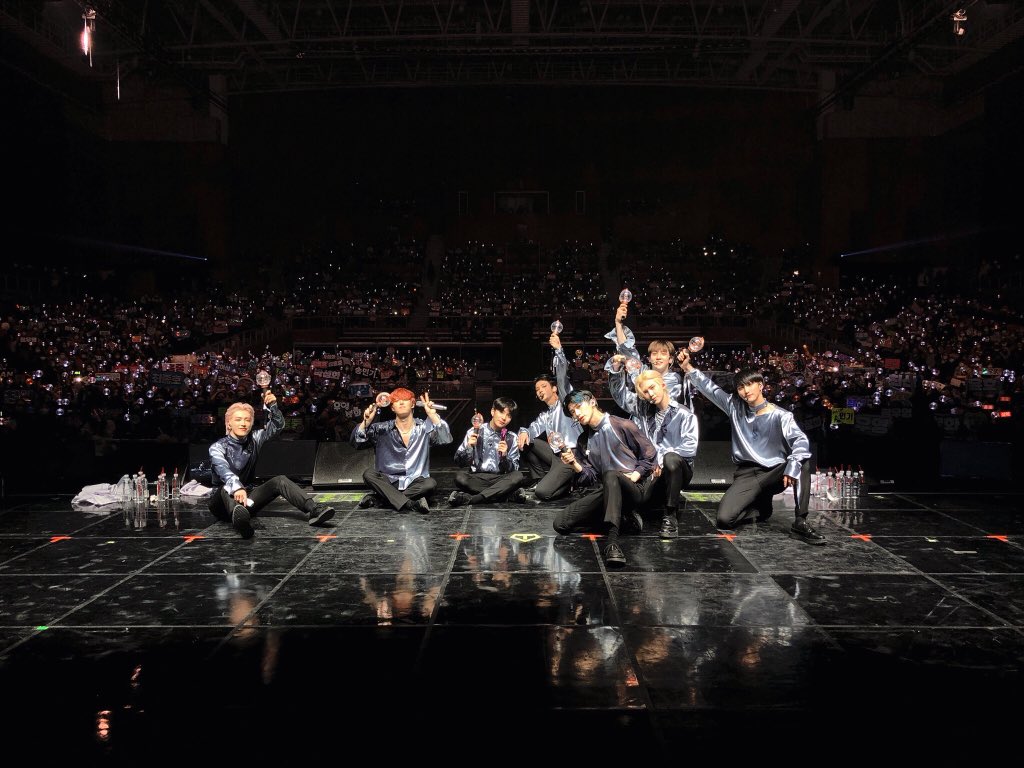 After this successful kickoff of their tour in Seoul, ATEEZ will embark on another huge set of shows in Europe, Japan, and the US where many fans are looking forward to the powerful performances they had prepared to bring to the stage once again.