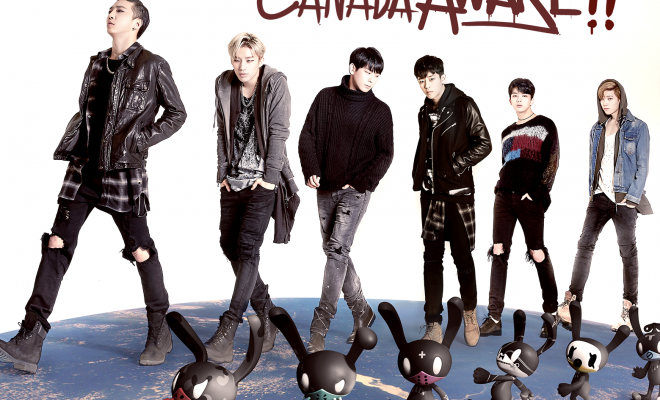 B.A.P To ‘Awake’ Canada Next Month!

B.A.P ‘LIVE ON EARTH 2016 WORLD TOUR CANADA AWAKE’ is set to make stops in Canada for two concerts this April.

Ahead of the Canada tour, B.A.P has previously launched its world tour at the SK Olympic Handball Stadium in Seoul on February 20 and 21. With a total of 30 shows, the boys have since been travelling across five continents, namely South and North America, Europe, Australia and Asia.

This global tour will allow international fans to meet B.A.P directly and enjoy dynamic performances from its fifth album titled ‘CARDIVAL’. For the first time, B.A.P will hold its concert in Canada. The boys are expected to heat up the stage much to the delight of Canadian fans. The shows are set to take place at the Orpheum Theatre in Vancouver, and Massey Hall in Toronto on April 19 and 24 respectively.

As the title of tour ‘AWAKE’ suggests, it expresses the group’s ambition to awake the audiences’ mind and body, keeping unforgettable memories onto fans’ hearts with its unique musical colors.

Prior to this coming major event, B.A.P had kicked off its Pacific Tour with a series of concerts across Asia and the US, then continued to make its comeback with its Continent Tour in 2014.