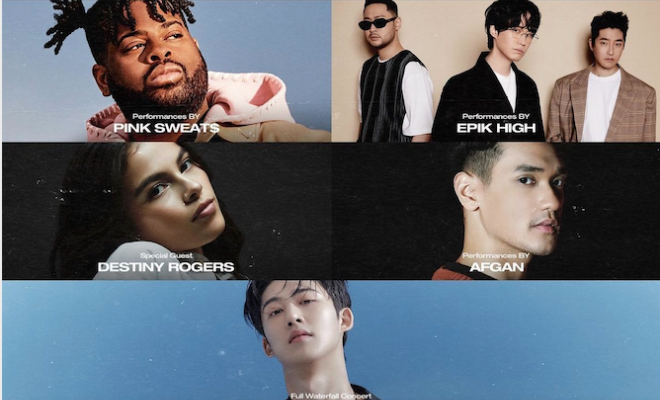 B.I is proud to announce that Pink Sweats, Afgan, Epik High, and Destiny Rogers are joining the lineup with special performances and guest appearances. 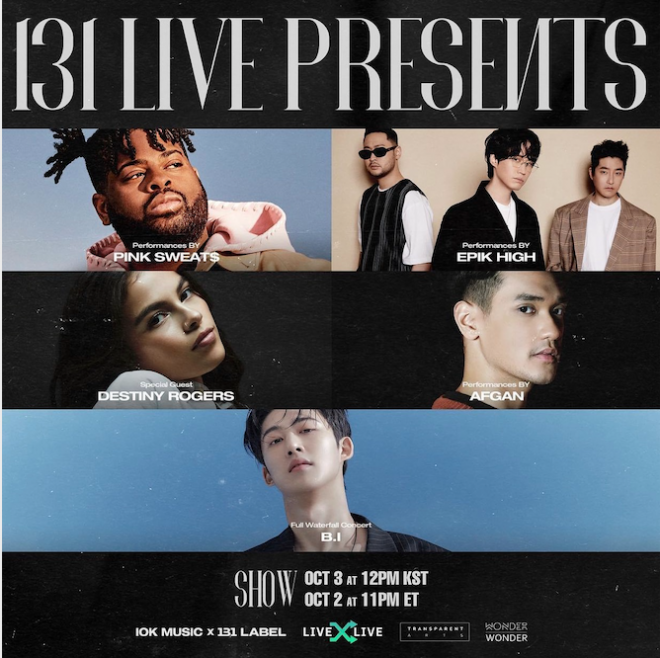 Get ready for a new concert experience, a movement of different cultures coming together seamlessly through the power of music.

Not only will ticket purchasers get access to the full waterfall concert by B.I, but 131Live Presents has prepared these additional artists to make this an unforgettable event.

Earlier this year B.I released his global single “Got It Like That,” featuring Destiny Rogers and Tyla Yaweh, which MTV referred to as “nostalgic.”

And on June 1, B.I dropped his first full-length studio album, Waterfall, including his lead single “illa illa,” which TIME Magazine listed as one of “The Best K-Pop Songs of 2021 So Far.”

The music video for “illa illa” broke a record of 12.7 million views in 24 hours, making B.I the most viewed male solo artist debut music video within the first 24 hours. Additionally, his album Waterfall was #1 on iTunes in 24 countries.