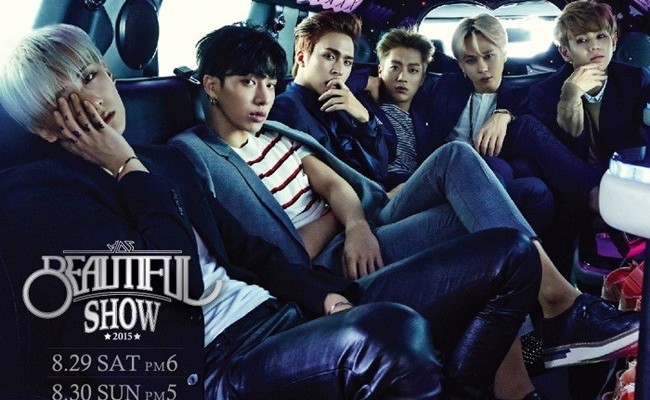 BEAST To Meet Fans At Their ‘Beautiful Show’

BEAUTY, scream “YeY” and prepare yourself for an unforgettable time with BEAST at its 2015 Beautiful Show concert next month!

The 2015 Beautiful Show concert will be held at the Olympic Park Gymnasium in Seoul on two consecutive days, August 29 and 30. With this year’s concert, BEAST will not only bring its latest track YeY to the stage, but will contribute many other unique performances to fans as well.

The group’s concert brand Beautiful Show started three years ago in 2012, and since then has been brought to various countries from all over the world, including Hong Kong, Japan and Thailand, as a bridge to connect BEAST with its international fans.

Fan club members will be able to purchase tickets for 2015 Beautiful Show first on August 3 through Interpark. The tickets will be available via the same site to the public two days later on August 5.