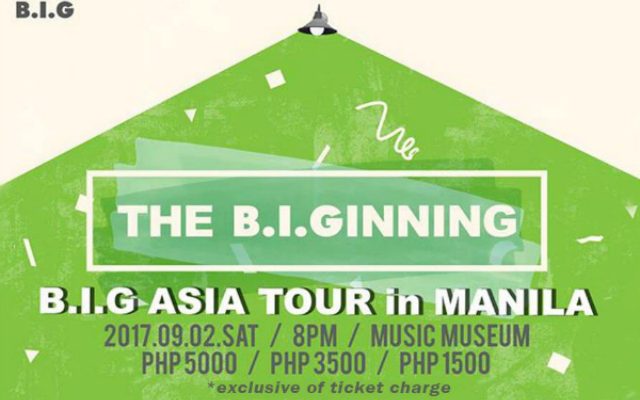 B.I.G To Return To Manila For “The B.I.Ginning: First Asia Tour In Manila”

B.I.G is coming back, Filipino fans!

After impressing Filipino fans with its talents and humors last July, South Korean boy group B.I.G is set to make more memories in the archipelago with its The B.I.Ginning: First Asia Tour in Manila.

With the rise of the Korean craze through dramas and music, many Korean acts have been dropping by the Philippines for fan meets, showcases and even concerts this year. Following the first ever visit in the Philippines for the Super Pop Concert Music Festival, B.I.G will make more memories with local fans through its first ever showcase.

J-Hoon, Benji, Gunmin, Minpyo and Heedo will interact with fans and display powerful performances on September 2, 8 p.m. at Music Museum. The group popularized songs such as “Hello”, which they performed during their first visit in the popular noontime show It’s Showtime. The boys have charmed not only the fans and their audiences but also the hosts of the show, including top Filipino comedian-actor-host, Vice Ganda. 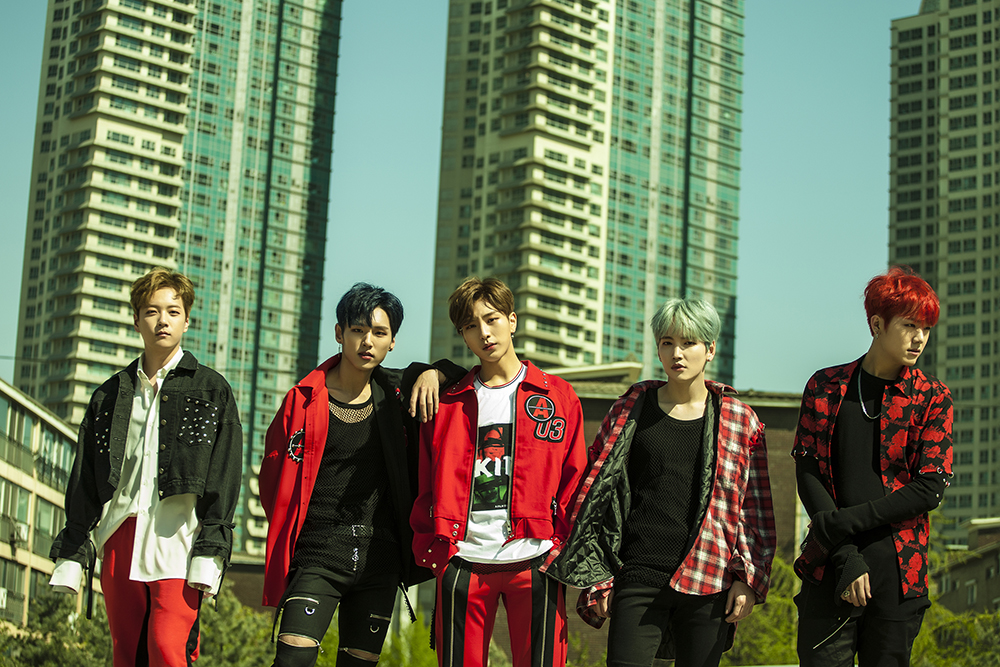 Tickets for The B.I.Ginning: First Asia Tour in Manila range from Php 5,000, Php 3,500 and Php 1,500 (excluding service charge). During the pre-selling event, the quintet attended and met with the lucky fans, who managed to snag the tickets before anyone else – truly a different K-Pop experience. 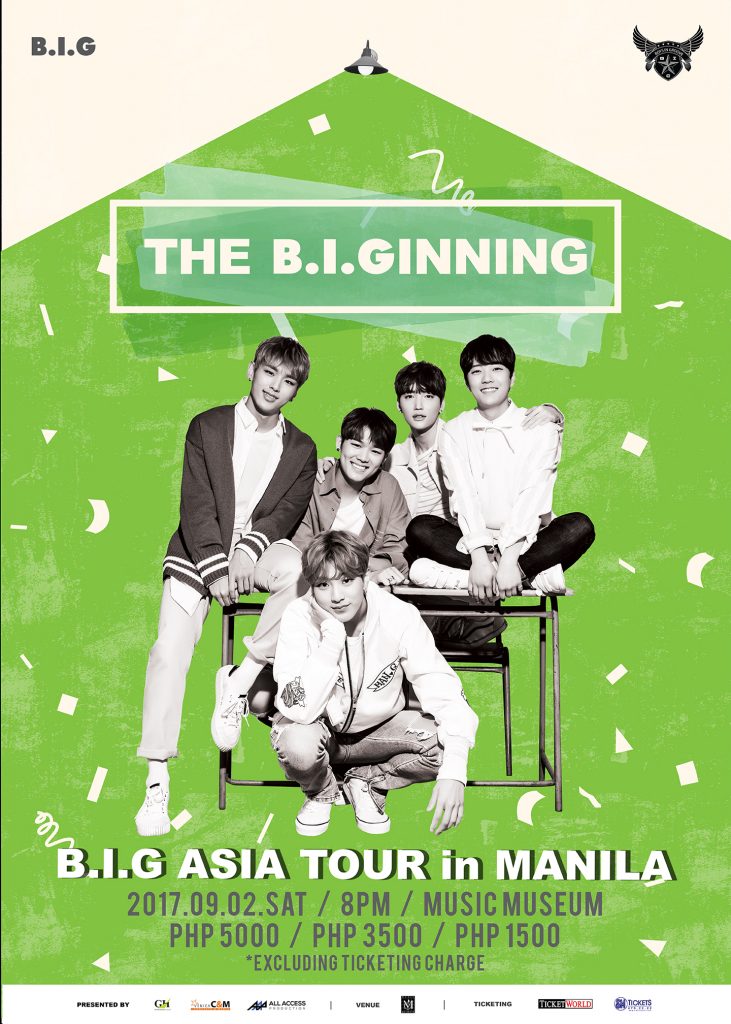