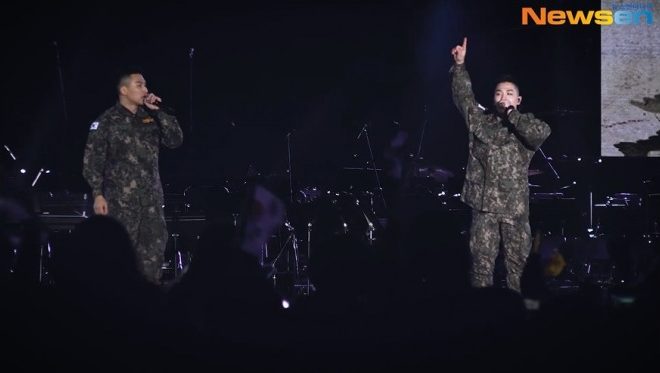 BIGBANG members Taeyang and Daesung, who are currently serving in the army, have thrilled the audience with powerful performances at the 100th Anniversary of Korean Provisional Government Establishment Concert on April 11. 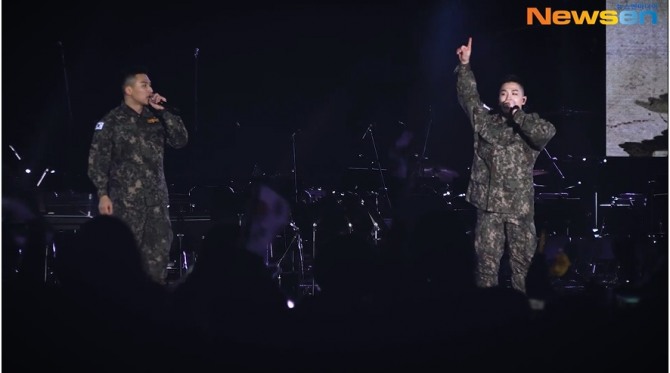 Held at the Cheonan Independence Memorial House, the idols made the momentous concert more exciting as they gracefully performed some of their biggest hits.

Dressed in their olive uniforms, Taeyang and Daesung were able to dominate the stage as they danced, rapped, and sang together for a medley of “Bang Bang Bang” and “Fantastic Baby”.

Taeyang also expressed his gratitude for being able to join as guest performers together with his bandmate. “It’s an honor to take part in this meaningful event and also it’s so good to see you after a long while,” he said on stage.

In addition, the two singers showcased their incredible vocal prowess and stage presence in their solo performances.

For his part, Taeyang started off with his song “Ringa Linga”. The crowd excitedly joined the idol as he graced the stage with his usual dance moves.

Daesung, on the other hand, hyped up everyone with an energetic and comic performance of his trot song “Look at Me Gwisoon”.

The concert also had other performers in the army including Highlight’s Yoon Doo Joon and actor Go Kyung Pyo. Additionally, trot queen Hong Jin Young, and idol groups such as SF9 and Lovelyz gave exciting stages during the event.

Moreover, according to reports, Taeyang and Daesung will be discharged in November this year. Meanwhile, fellow BIGBANG members TOP and G-Dragon are also set to be discharged this June and October, respectively.

Hellokpop, as an independent Korean entertainment news website (without influence from any agency or corporation), we need your support! If you have enjoyed our work, consider to support us with a one-time or recurring donation from as low as US$5 to keep our site going! Donate securely below via Stripe, Paypal, Apple Pay or Google Wallet.
FacebookTwitter
SubscribeGoogleWhatsappPinterestDiggRedditStumbleuponVkWeiboPocketTumblrMailMeneameOdnoklassniki
Related ItemsBigbangDaesungGo Kyung Pyohighlight yoon doo joonHong Jin YoungLovelyzSF9Taeyang
← Previous Story Skechers’ Sundown Festival: Korean Artist Roster That Will Pump Up Your Summer Vibe
Next Story → BLACKPINK Makes History With Fiery Coachella Performance