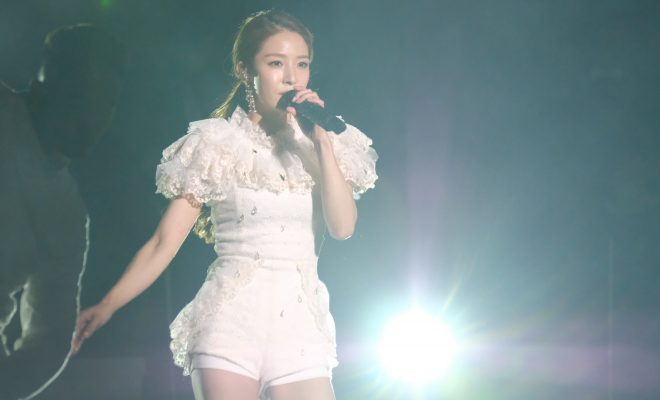 Titled BoA THE LIVE 2018 X’mas, the singer livened up the Maihama Amphitheater in Tokyo on December 20 and 21 with her timeless hits and new songs. The two-day event, part of the singer’s annual THE LIVE concerts, was sold-out.

Fans who came to see BoA were surely not disappointed as she treated them with her A+ performances and intense dance routines — a perfect fit for a stage by one of the forerunners of K-Pop in the international arena.

She performed “No. 1”, “Jewel Song”, “Winter Love”, “The Christmas Song”, “First Snow”, “Valenti”, “ONE SHOT, TWO SHOT”, and “Woman”. She also unveiled her new song “Amor” for the first time and ahead of its release in February next year.

Following her Japan concerts, the singer will close 2018 with two concerts in South Korea. BoA THE LIVE 2018 in Seoul will be held at the Yes24 Live Hall on December 29 and 30.

Fans can expect electrifying stages of her classic and hits including songs from her latest studio album Woman. The album, which marked her first studio album after more than three years since Kiss My Lips, was released in October 2018.