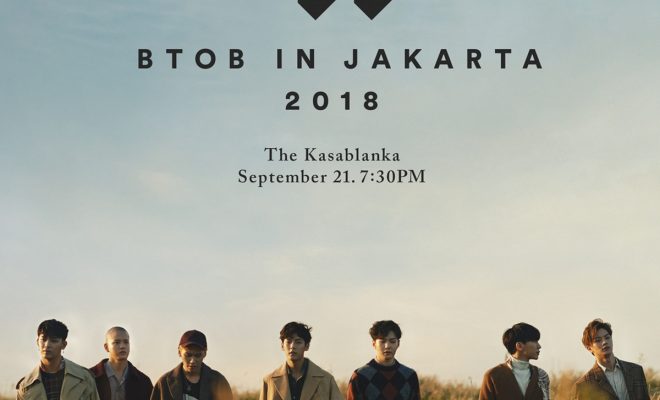 By Archangel Quintera | May 29, 2018
FacebookTwitter
SubscribeGoogleWhatsappPinterestDiggRedditStumbleuponVkWeiboPocketTumblrMailMeneameOdnoklassniki

BTOB will greet Indonesian Melodys for the third time through “BTOB in Jakarta 2018” this September.

If you’ve missed BTOB, do not worry! This September, the K-pop boy group will entertain Indonesian fans through their “BTOB in Jakarta 2018” show.

The event will take place at The Kasablanka Hall on Friday, September 21 from 7:30PM onwards. This marks the boys’ third visit to Indonesia, previously “BTOB Live in Jakarta” in 2012, and “Sparkling Christmas with BTOB 2015” that took place at Medan. 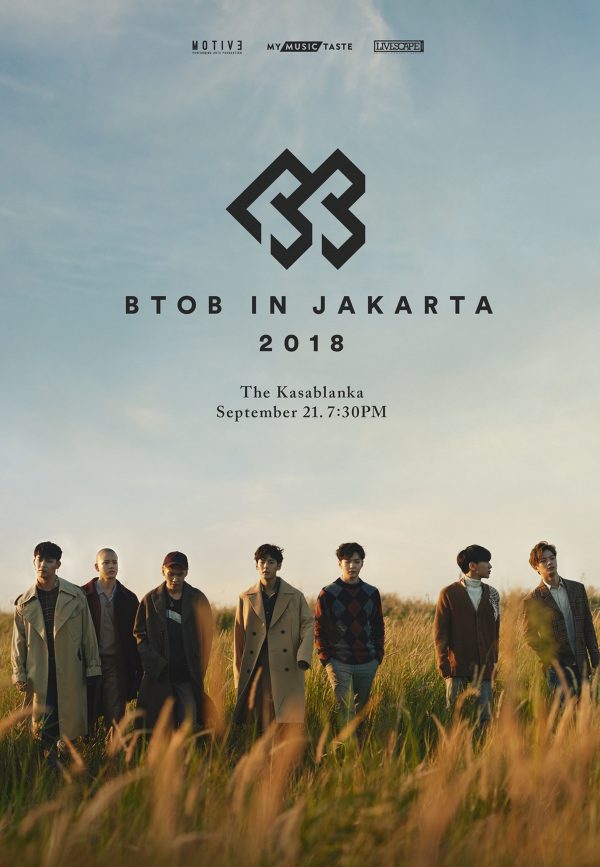 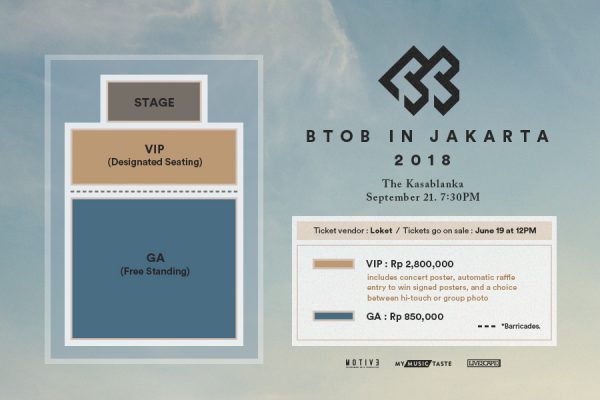 “BTOB in Jakarta 2018” is brought to you by My Music Taste. My Music Taste is an online crowdsourcing platform that allows fans to complete certain “missions” in order to bring their favorite artists to town. Previously, My Music Taste has brought K-Pop acts, such as SHINee and VIXX, to Jakarta.

Seven-membered K-pop act BTOB debuted in 2012 under Cube Entertainment with their first EP, Born to Beat. To date, the boys have released a total of three studio albums and 10 EPs. And currently, they are working on their 11th mini album, This is Us, to be released on June 18.

BTOB has gained a significant amount of attention for being strong in both the musical and variety sense. They have collected many prestigious awards, such as Golden Disk Awards’ “Best Male Group” (2018), Soribada Best K-Music Awards’ “Bonsang Awards” (2017), and Seoul Music Awards’ “Ballad Awards” (2016).

“BTOB in Jakarta 2018” is presented by My Music Taste. Follow @MyMusicTaste for updates regarding the concert.