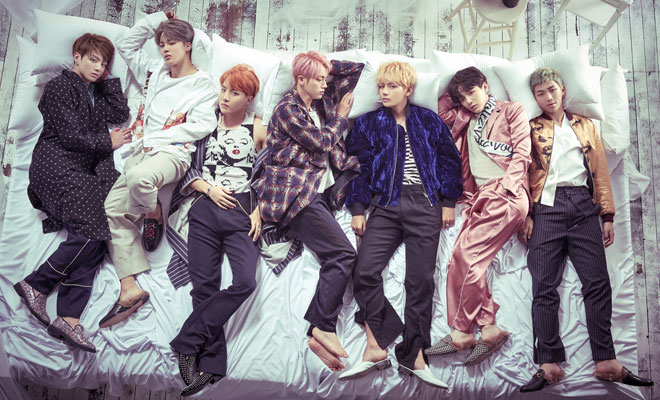 But good news! A new date and venue is added to the schedule!

BTS is preparing its US juggernaut tour of nine sold-out stops, including two shows in the NY area and two in the LA area. It will kick off this March in Santiago, Chile, before heading to the US shores for the next six dates.

With 117,000 tickets sold across all shows, the boys continues their worldwide onslaught, taking the world by storm.

Their previous album, Wings, premiered at #26 on the Billboard top 200, making them the first K-pop act to have a record on the US charts for a period of two weeks in a row.  Their songs, sung completely in Korean, broke language barriers that other well-known artists have failed to crack.

In addition, in December of 2016, BTS led the Billboard Social 50 as the Most Retweeted Artist, charting at #1 above Kanye West, Justin Bieber, Zayn Malik, and others.  With a following of over 4 million on that platform, BTS (@bts_twt) again leads among pop artists worldwide.

Hellokpop, as an independent Korean entertainment news website (without influence from any agency or corporation), we need your support! If you have enjoyed our work, consider to support us with a one-time or recurring donation from as low as US$5 to keep our site going! Donate securely below via Stripe, Paypal, Apple Pay or Google Wallet.
113
SHARES
FacebookTwitter
SubscribeGoogleWhatsappPinterestDiggRedditStumbleuponVkWeiboPocketTumblrMailMeneameOdnoklassniki
Related ItemsBTSWings Tour
← Previous Story 2017 Global Peace Concert ‘ONE K in Manila’ To Rock The Philippines This March
Next Story → BTS To Return To Hong Kong For ‘2017 Wings Tour’