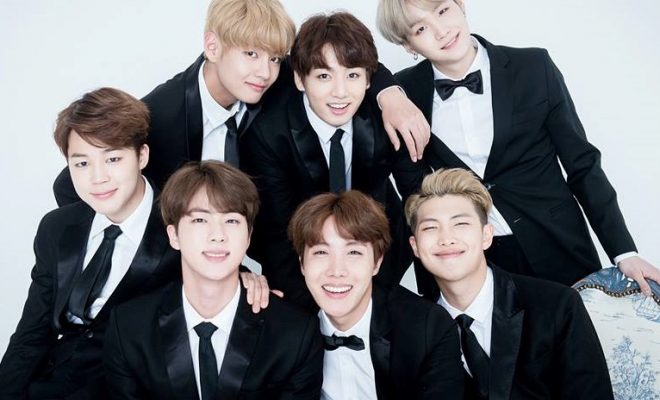 BTS To Mobilize Their Armys For The Third Time In November

Armys, are you ready to march forward?

According to the group’s agency Big Hit Entertainment, BTS are set to hold their third fan meeting, titled BTS 3RD MUSTER ARMY ZIP +, at the Gocheok Sky Dome, Seoul on November 12 and 13.

Gocheok Sky Dome is the national first domed ballpark, which can admit 18,000 spectators. Last October, EXO held their EXO-LOVE Concert in Dome there.

Anticipation is rising because BTS will launch their fan meeting rather than a concert at such a large-scale stadium, which proves the group’s overwhelming popularity.

Pre-ordering of tickets for the event will begin from September 1.

Hellokpop, as an independent Korean entertainment news website (without influence from any agency or corporation), we need your support! If you have enjoyed our work, consider to support us with a one-time or recurring donation from as low as US$5 to keep our site going! Donate securely below via Stripe, Paypal, Apple Pay or Google Wallet.
57
SHARES
FacebookTwitter
SubscribeGoogleWhatsappPinterestDiggRedditStumbleuponVkWeiboPocketTumblrMailMeneameOdnoklassniki
Related Items2016 BTS LIVE Hwa Yang Yeon Hwa on stage: epilogue Asia TourBTSBTS 3RD MUSTER ARMY ZIP +EXOEXO-LOVE Concert in DomeFan meeting
← Previous Story BIGBANG To Rock Singapore With One Night Only Event
Next Story → Lee Hi To Hold Showcase On Her Birthday In The Philippines