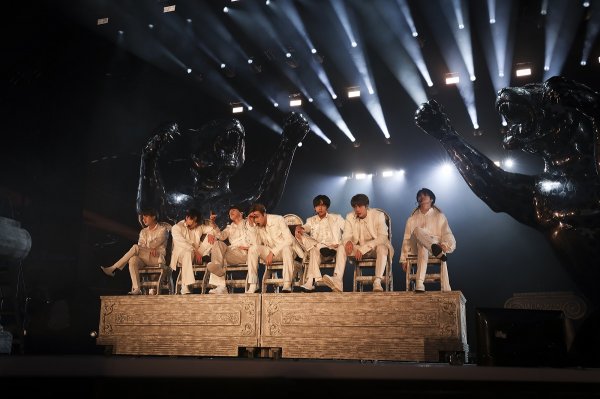 BTS Kicks Off New World Tour Together With 60,000 ARMYs At Rose Bowl Stadium

Together with 60,000 ARMYs, the boys of BTS surely kicked off their much-awaited world tour Love Yourself: Speak Yourself with a bang!

Worldwide K-Pop boy group BTS has officially opened their fresh world tour with an enthralling concert in Los Angeles, California. Particularly, the boys were able to perform at the outdoor Rose Bowl athletic stadium for the very first time on May 4. 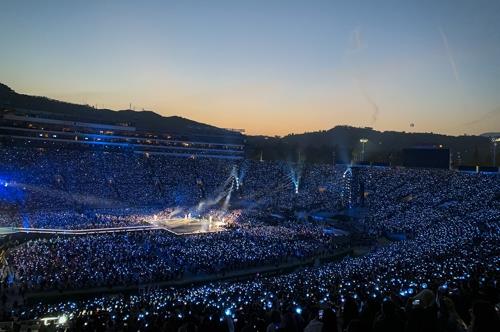 Filled with fans’ loving cheers, RM, Jin, Suga, J-Hope, Jimin, V, and Jungkook, thrilled the audience as they graced the stage with their amazing line-up of songs.

Appearing on-stage in immaculate white ensembles, the idols started the show with a powerful performance of “Dionysus,” a hip-hop number off the group’s latest Billboard No. 1 album Map of the Soul: Persona. They continued to show their amazing dance moves in the 2016 hit song “Not Today.”

Soon after, the boys gave their warm greetings to thousands of fans present at the concert. “We finally came to Rose Bowl. I’m so glad to meet you, thank you for coming. Let’s enjoy the concert together!” RM, the group’s leader excitingly remarked. Unable to contain their excitement, the other six members also welcomed the crowd as they repetitively screamed “Rose Bowl.”

Additionally, each of the members hyped fans as they showcased respective charms in their solo stages.

With the concert stretching out for two and a half hours, the group was also able to perform some of their biggest hits. From their latest track “Boy With Luv,” “Idol,” “Fake Love,” and a special medley of “Dope,” “Baepsae” and “Fire,” BTS naturally created great synergy together with ARMYs. 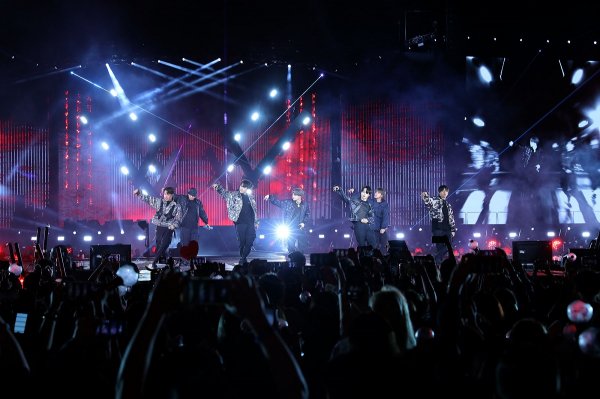 Exuding with overflowing charisma, the K-Pop septet once again treated fans with a mesmerizing “Mic Drop” stage while sporting their customized Dior outfits. Furthermore, they gave a beautiful encore gift to fans with special performances of Persona tracks “Make It Right” and “Mikrokosmos.”

Meanwhile, after successfully kicking off their BTS World Tour ‘Love Yourself: Speak Yourself’ in Rose Bowl, the idols are set to grace the Soldier field’s stage in Chicago on May 11. A week after, they will be meeting fans on May 18 at the Metlife Stadium in New Jersey, before heading to Europe in June.