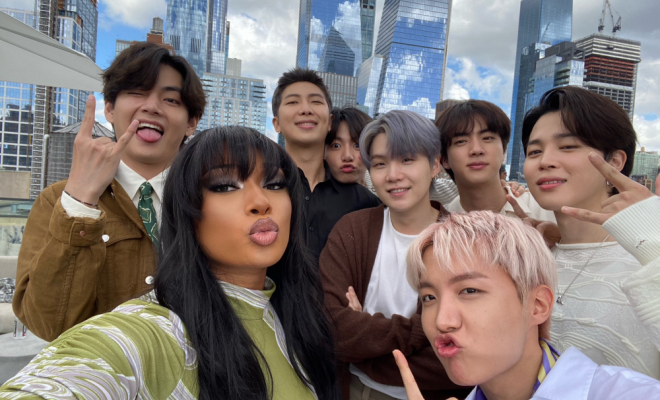 Megan Thee Stallion just announced her withdrawal from her highly-anticipated performance with BTS at the 2021 AMAs due to personal reasons. *SOB*

Fans of BTs and Megan Thee Stallion have been looking forward to the live world premiere of their collaboration, “Butter Remix”. However, due to unforeseen circumstances, the latter had to drop out of the performance. (Don’t cry, ARMY and Hotties.) 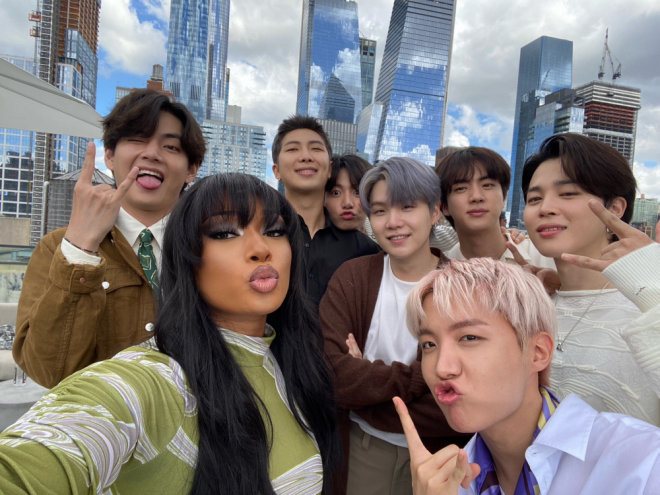 The 2021 AMAs are slated to take place on November 22 at the Microsoft Theater in Los Angeles, California.

On November 21, Megan Thee Stallion (A.K.A. Tina Snow) took to Twitter to address her fans (A.K.A. Hotties) to inform them of her withdrawal due to a personal matter. She capped off her tweet with a purple heart and a promise to hit the stage with BTS soon.

Hotties I was so excited to go to the @AMAs and perform with @BTS_official, but due to an unexpected personal matter, I can no longer attend 😭😭I’m so sad! I really can’t wait to hit the stage with my guys and perform #BTS_Butter real soon!💜

Meanwhile, BTS is still scheduled to perform “My Universe” alongside Coldplay for the very first time on a live stage, and it’s bound to be an epic stage full of wonder and magic.

Catch the American Music Awards on November 21 at 8 PM ET.