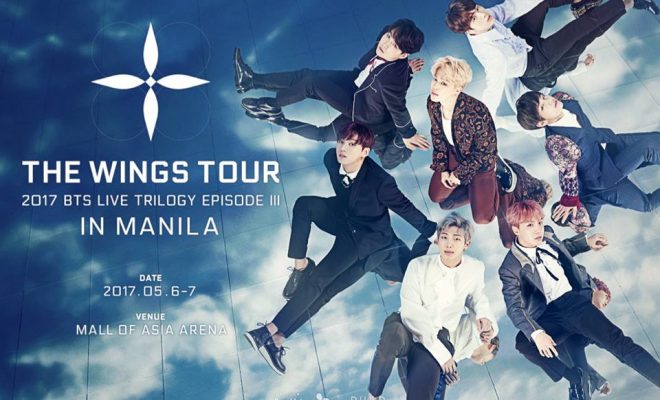 BTS ‘Wings’ tour in Manila will have a second wave of ticket selling.

According to the information released by the organizer, tickets are limited for the show. Additionally, most of the these are only SRO (Standing Room Only). The ticket selling will take place on May 1, Monday. Furthermore, it will only be available through SM Ticket Outlets nationwide.

BTS has been known to break records for ticket selling activities. Their shows are sold out in just a few minutes just like in the US and Chile.

The boys are also doing well in various charts and music awards, beating several american artists. This strongly proves that they are one of the most popular boy groups nowadays.

The ‘Wings Tour 2017 BTS Live Trilogy Episode III’ in Manila will happen on May 6 and 7 at the SM Mall of Asia Arena.