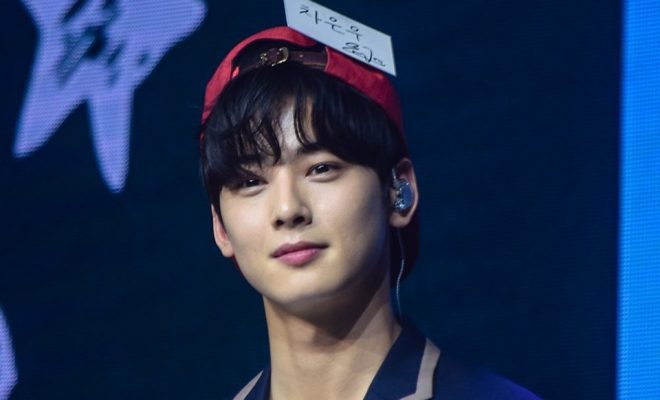 Fans had their fill of the ASTRO member’s wit, sweetness and of course, his otherworldly visual.

Cha Eun Woo was all smiles during the two-hour event, much to the crowd’s delight. He also lauded the passion of PH AROHAs all the while worrying about them as they kept on screaming. The venue was brimming with so much energy that the idol-actor truly felt it and equally reciprocated. 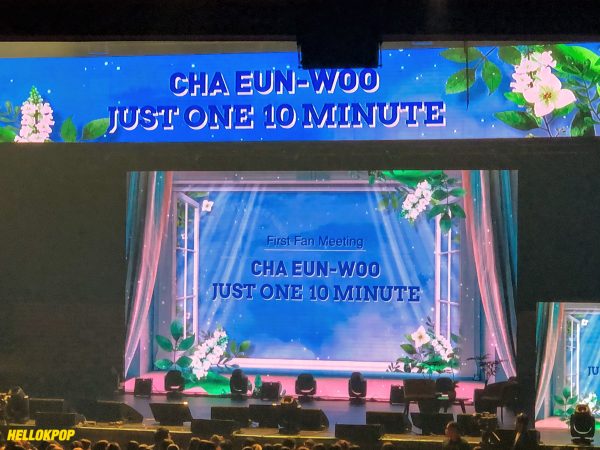 It was a night full of great memories for both Cha Eun Woo and his fans. The former got to experience the love and support not only for him, but for ASTRO as well. At the same time the fans got to know a little bit more about the dashing singer-actor.

He kicked off the fan meet with a song number wearing the Korean traditional dress hanbok, an obvious reference to his character Prince Lee Rim in Rookie Historian Goo Hae Ryung. He made a 360-degree transformation from his historical drama character to boy next door as he donned on a school uniform while gamely answering questions.

The Rookie Historian opening his first fan meeting with the OST to becoming a Cute Boy on stage in an instant ☺️? #ChaEunWooManila2019 pic.twitter.com/398KqM9L99

The first segment challenged Cha Eun Woo’s sharp memory. A series of  set questions were asked of him. He impressed host Sam Oh and the audience with how much he could recall the scenes and recite the lines. In one of the questions, in which he was asked to re-enact his answer as it was his character’s (Lee Rim) reaction, the crowd went wild. He wondered and asked in his sweet voice “Why are my AROHAs so loud?”. This question elicited another crazy reaction from his fans.

He also said that he cooked a lot of ramyeon for his members. If he could prepare something for his AROHAs it would be a traditional Korean dish as he wants his fans to taste it. The ASTRO member asked if fans know tteokgalbi (Korean grilled beef patties) to which the audience responded “yes”. 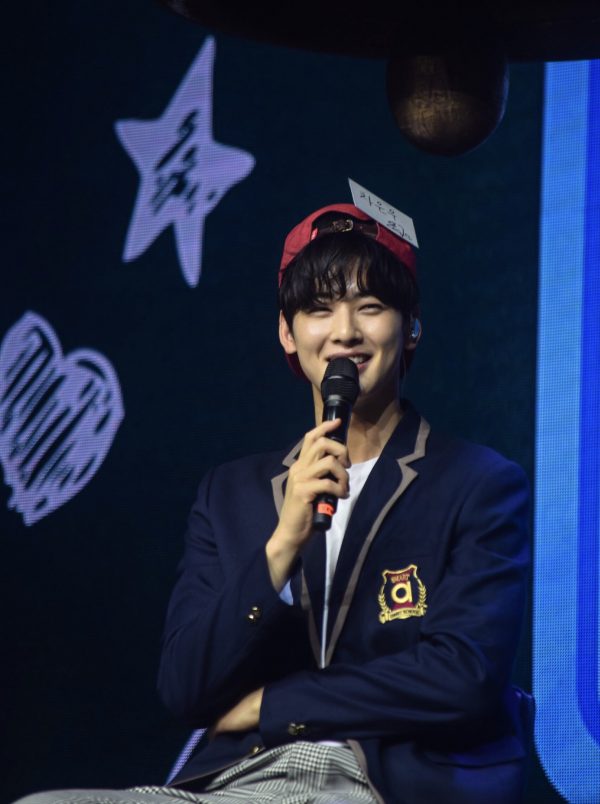 Cha Eun Woo laughed and could not believe fans knew about it. But he said that he would pack a lunch with any food along with his sincerity. He then added that for his Filipino AROHAs he would include the message “Mahal ko kayo” (I love you all). This made fans lost their wits with so much heart flutters.

In the last question for the show segment, host Sam Oh asked about his mother’s reaction to his moniker “face genius”, she asked the crowd if they know the answer to this and fans shouted yes one more time. This gained a reaction from Cha Eun Woo and playfully teased the audience, saying “Liar, liar”. His answer was that his mother told him “he is quite ugly and not think of himself highly” — but it was a meaningful point his mother wanted to make.

In the next part of the event, fans got to know a little bit more about Cha Eun Woo. As the questions and answers gave a glimpse about his ordinary routines and unique behaviors. When asked about his alcohol limit, he playfully quipped that his tolerance varies everyday, but wrote it was two and a half bottles of soju. He partially got the answer as it was revealed during an interview that he can consume two bottles but he initially said he doesn’t really like to drink.

Another quirk of his revealed during the segment was his response to the manager’s request to eat tangsuyuk (sweet and sour pork) with his chopstick instead of scissors. His response, “it was better to eat this way” was close enough of an answer. 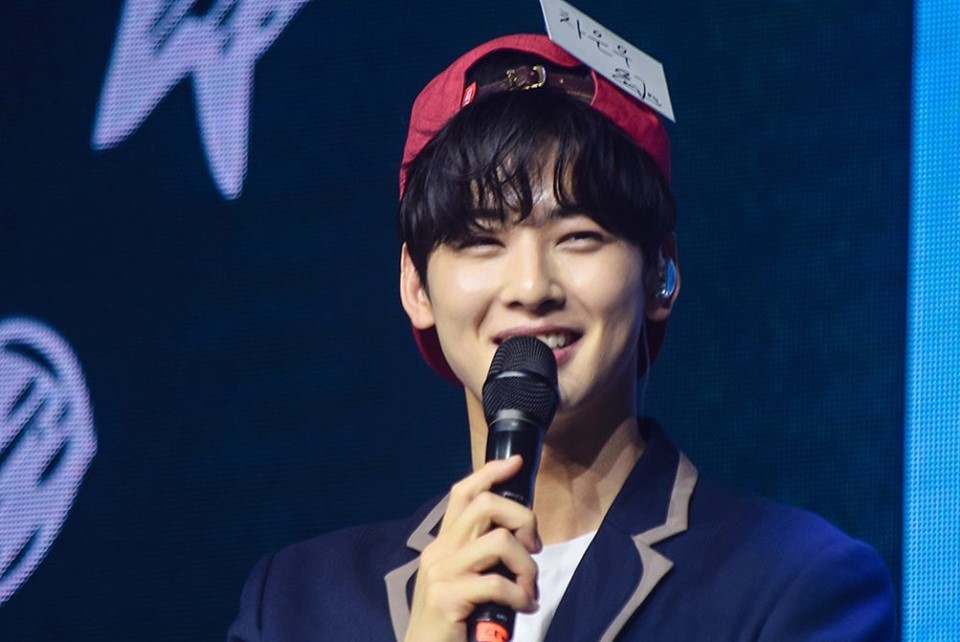 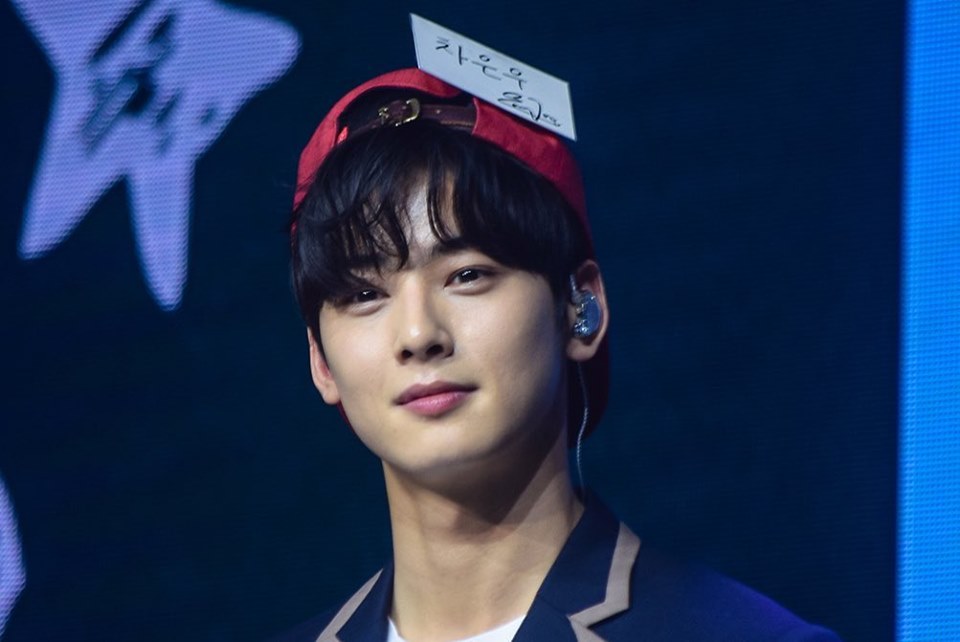 He further revealed that when he eats out with staff members he usually does half of the work. But when he goes out with members to eat out, it is Leader JIN JIN who usually grills the meet, but when he is not present, it is then that Cha Eun Woo takes over the meat grilling because the rest of the members really don’t know how to do it.

He also added that if he is eating with AROHAs, he will definitely grill the meat for them. Sam Oh asked if there was a thing that members did which warmed his heart. He revealed that they cheered him on as he is on his own during the overseas fan meetings. They also told him to meet AROHAs well and do well in his tours.

The next corner tested Cha Eun Woo’s athletic abilities. He was tasked to complete a mission of shooting fifteen basketballs in 100 seconds, failure to do so would result in a penalty – giving out signed balls to fans. He readily accepted the challenge and even bet to exceed the quota. Cha Eun Woo succeeded with sixteen basketballs and even though he accomplished the mission, he still gave out five autographed basketballs to lucky fans.

He failed to complete the second mission though, as he was only able to sink in one soccer ball when he was supposed to do seven in 60 seconds. Much to the crowd’s gratification, his penalty was to do the “Be Mine” aegyo song. 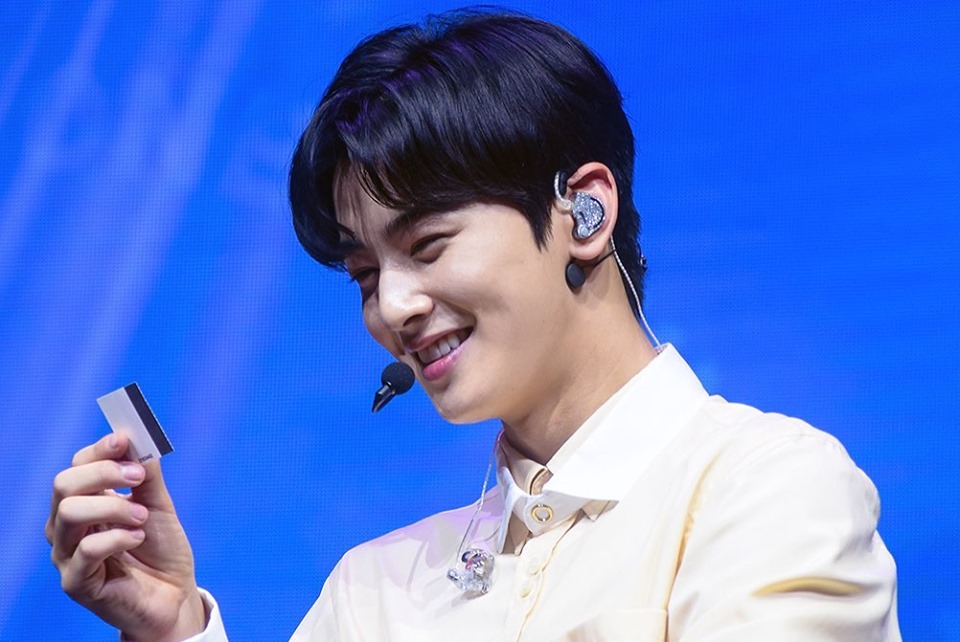 Made by Cha Eun Woo

Two lucky fans took home the dreamcatchers that idol-actor made that night. Cha Eun Woo revealed that it was his first time to create a dreamcatcher from scratch. He watched YouTube videos so he could make one for his fans and told the reason he chose to make it. He wanted to catch the nightmares of his AROHAs so they could have a good night’s sleep. He mentioned that he really likes practical classes and also excelled in them. Eun Woo explained the design of the dreamcatchers and he took in consideration the logo of ASTRO. 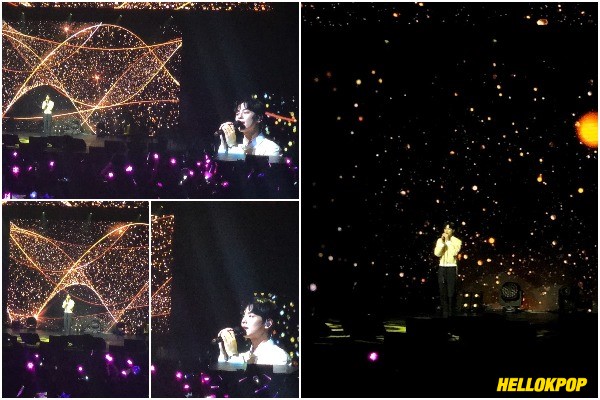 He once again playfully interacted with the crowd and asked them which color they liked. He joked that he saw fans raising their right hands when he mentioned black and then their left hands when he said white. Cha Eun Woo also asked fans not to over-exert themselves by shouting much as they would hurt their throats. He added that he would feel bad and hurt as well if fans hurt themselves.

While making the dreamcatchers, he mentioned that he recently had a bad dream. He recalled being in water and a huge fish dragged him around. He tried to get away from it the fish would not let him. People may think it was kind of funny, but it was really scary. 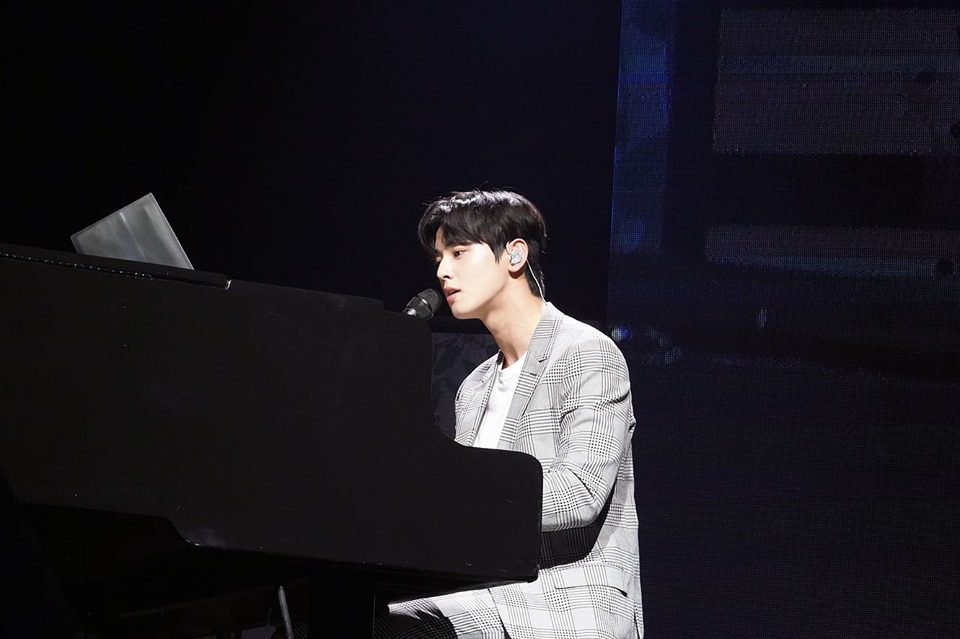 Cha Eun Woo serenaded the crowd with his rendition of Justin Bieber’s “Love Yourself” while playing the piano. He followed it up with “Kathang Isip”, a Filipino song from indie folk/pop band Ben & Ben. After the last corner, he sang “Rainbow Falling”, an OST from his drama My ID is Gangnam Beauty. He closed out his fan meeting with an encore song from ASTRO titled “You & Me”.

Aside from showcasing his talents and abilities, Cha Eun Woo handed out gifts to fans. Apart from the autographed balls and dreamcatchers, he also gave out his ball cap and two special polaroid. Fans also get to do Hi-Touch session, group photo and fan sign.

Cha Eun Woo left a truly great impression on his Filipino fans. His sincerity and thoughtfulness radiated all throughout the fan meeting. He vowed to come back as a better Cha Eun Woo, and fans should stay tuned for he has a lot in store for them. He thanked the fans for their support and thrilled them with a promise of being with ASTRO members the next time. 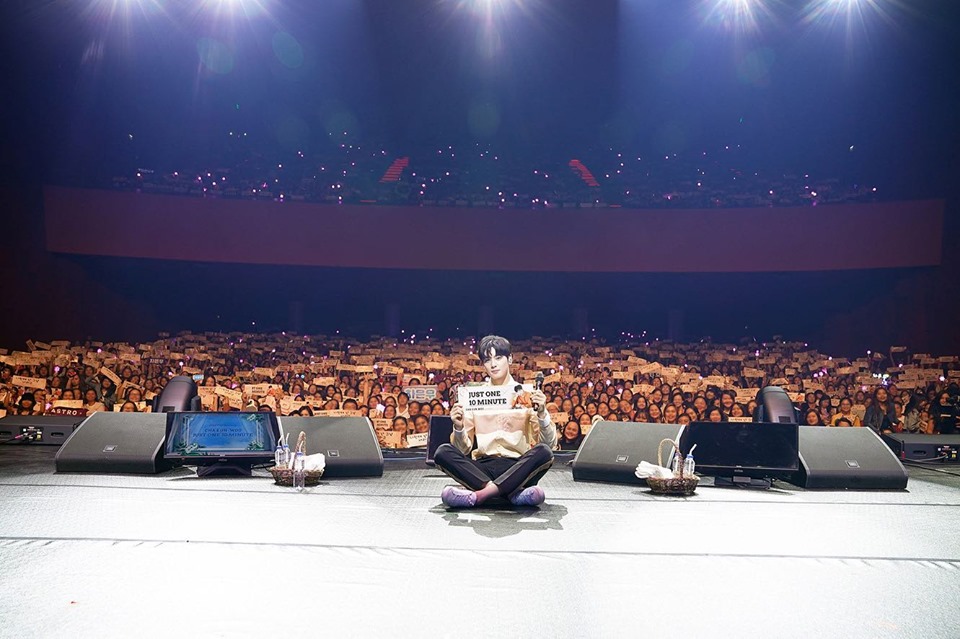 Hellokpop would like to thank Wilbros Live for the invites to CHA EUN WOO: JUST ONE 10 MINUTE in Manila.