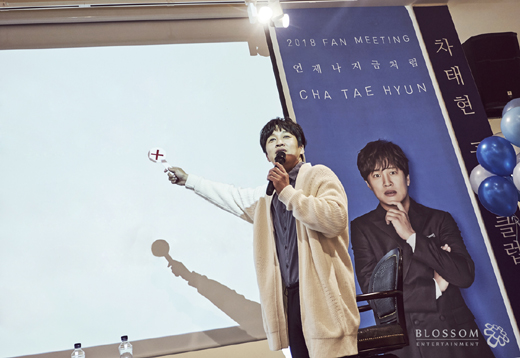 Cha Tae Hyun who turned 42 on Mar 25 had a meaningful birthday date with his loyal fans AGAPE.

The fan meeting and birthday celebration showed Cha Tae Hyun’s deep appreciation to his fan base who has been with him for over 20 years. 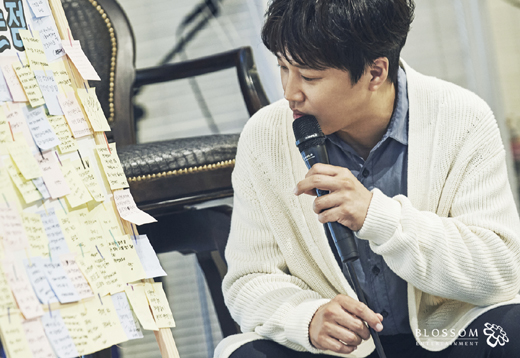 “It’s been a long time since I greet you. I really appreciate all the fans who came together for me”, Cha said.

The all-around entertainer answered the questions with vigor and unique wits. His spoiled fans who are gifted with his activities in variety programs received a well-deserved gathering with their cherished celebrity.

At the end of the first part of the fan meeting, Cha Tae-hyun promised his fans that he will work harder as an artist, and explore other fields other than acting.

In the second part of the series, the actor doted his fans by setting up a meal time. The lucky fans also took photographs together, and chatted in high spirits with the comedian.

Cha Tae Hyun scored another box office success from last year’s blockbuster film, Along With The Gods: The Two Worlds. He rose to fame after starring in the unsurpassed romantic comedy My Sassy Girl with Jun Ji Hyun.

Dubbed as Korea’s Jim Carrey, he has worked on successful film projects including Lovers’ Concerto, Scandal Makers, Hello Ghost and The Grand Heist. In television, Jeonwoochi, Producers, and The Best Hit were his most recent ventures. He has been a regular cast member of KBS classic and high-rating weekend travel variety show 1 Night 2 Days since 2012.

FacebookTwitter
SubscribeGoogleWhatsappPinterestDiggRedditStumbleuponVkWeiboPocketTumblrMailMeneameOdnoklassniki
Related ItemsAGAPEalong with the godsCha Tae HyunMy Sassy Girlthe best hit
← Previous Story The Legend Continues For Shinhwa After 20 Years, Wish To Perform Together Even When They Turn 60
Next Story → Only A Month Left Before EXO Stages ElyXiOn In Manila