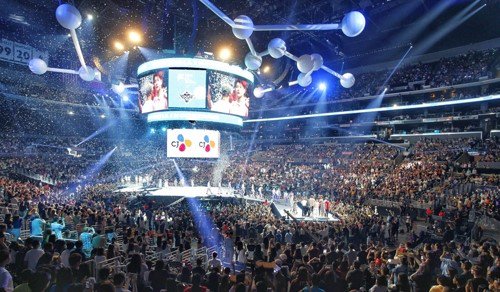 Get ready for another leg of KCON this year.

CJ E&M has finally announced some details regarding the official upcoming legs of KCON 2019.

Known as the world’s largest K-culture festival, KCON had been visited by 823,000 people in North America, Europe, Asia, the Middle East, South America, and Oceania for the previous year. In fact, over the eight years that it ran, it has collected ahead of one million cumulative audiences worldwide.

After exciting fans with a star-studded lineup for its first leg in Japan, CJ E&M has revealed the dates for three more cities set to be visited by the annual showcase of talents from K-Pop stars.

Kicking off in Japan with a three-day lineup of performances from May 17 to 19, the festival will continue on to New York with a back-to-back show on July 6 and 7.

It will then take the party to Los Angeles, with a long celebration from August 15 to 18, filled with extra spectacular stages from various K-Pop artists.

Lastly, KCON will travel to Thailand on September 28 and 29 for two nights of exciting and solid performances prepared specially by various K-Pop artists for their fans.

In addition to the official dates and cities of the worldwide festival, KCON also revealed some tweaks and special offerings from this year’s set of shows.

For its 2019 showcases, KCON will have new programs spicing up the celebration, including KCON GIRLS that centers on a showcase of K-Beauty. Rookie artists will also get to shine a spotlight on their talents through a KCON ROOKIES segment, with more others to be announced.

“With the expansion of the number of performances by country this year, more and more global audiences will not hesitate to increase their chances of seeing Korea’s popular culture,” CJ E&M stated.