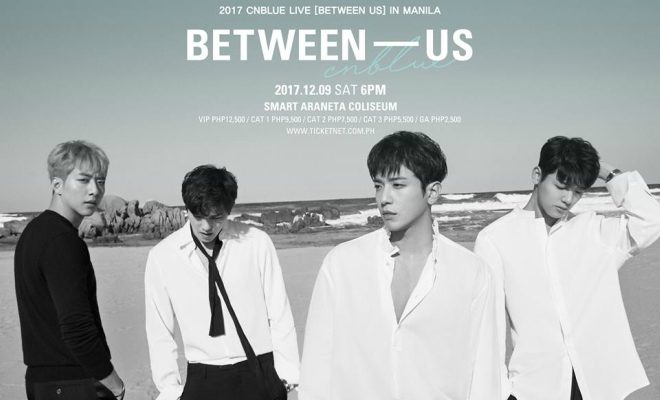 Counting The Days To “CNBLUE LIVE [BETWEEN US]” In Manila

Only a few days left before CNBLUE rocks Manila!

Philippine BOICEs, the day we’ve been waiting for is finally happening! South Korean band CNBLUE is ready for a “Royal Rumble” of music on December 9 at the Smart Araneta Coliseum.

After two years since their last solo concert in the Philippines, Yong Hwa, Jong Hyun, Min Hyuk, and Jung Shin are as excited as their fans for the upcoming 2017 CNBLUE LIVE [BETWEEN US] in Manila.

In a video greeting, the boys relayed their enthusiasm in performing in front of the Philippine crowd once again. According to leader and vocalist Yong Hwa, the band has prepared a lot for the concert. “Please show us your love and support,” he added.

Tickets to the Manila leg of 2017 CNBLUE LIVE [BETWEEN US] are available at TicketNet outlets and online.

Official merchandises of the tour are also available for sale on D-Day from 12 p.m. until while stocks last. 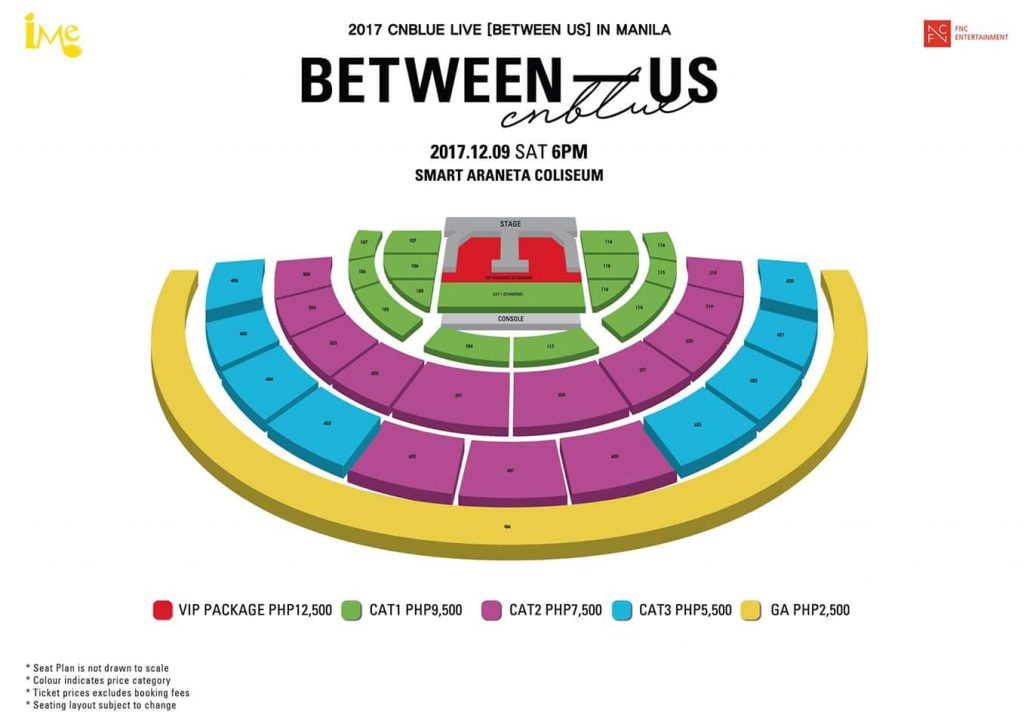 The 2017 CNBLUE LIVE [BETWEEN US] in Manila is part of the band’s fifth Asia tour, which kicked off in Seoul last June 3 and 4 with more than 7,000 people attendees.

Earlier this year, CNBLUE released their seventh mini-album 7°CN with title track “Between Us”, which is composed and written by Yong Hwa. The mini-album contains a total of six songs, including “It’s You”, “Calling You”, “When I Was Young”, “Manito”, and “Royal Rumble”.

7°CN was the band’s comeback album after almost a year since their sixth extended play Blueming and title track “You’re So Fine”.

2017 CNBLUE LIVE [BETWEEN US] IN MANILA is brought to fans by FNC Entertainment and IME Philippines. Tune in to IME PH’s Facebook account for more updates!