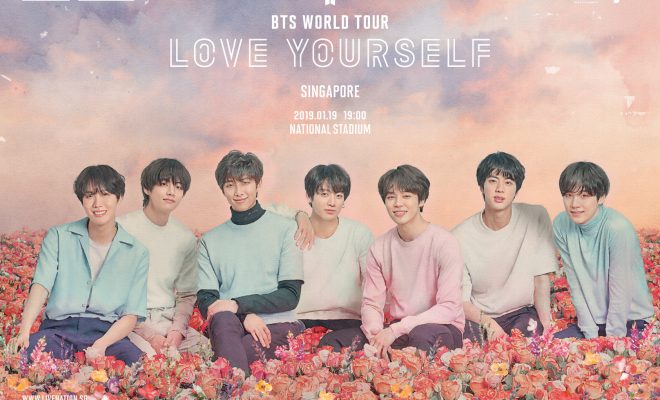 BTS is set to take Singapore by storm for its LOVE YOURSELF world tour!

Singapore ARMYs you are doted! BTS are set to welcome the coming new year with a pocket full of love for all of you.

Four years since its last visit, BTS, currently the world’s biggest and most popular boy group, will make its grand return in Singapore to stage BTS WORLD TOUR ‘LOVE YOURSELF’.

BTS is set to unleash fiery performances for the Singapore stop of the LOVE YOURSELF world tour on the 19th of January 2019, 7 p.m., at the National Stadium. 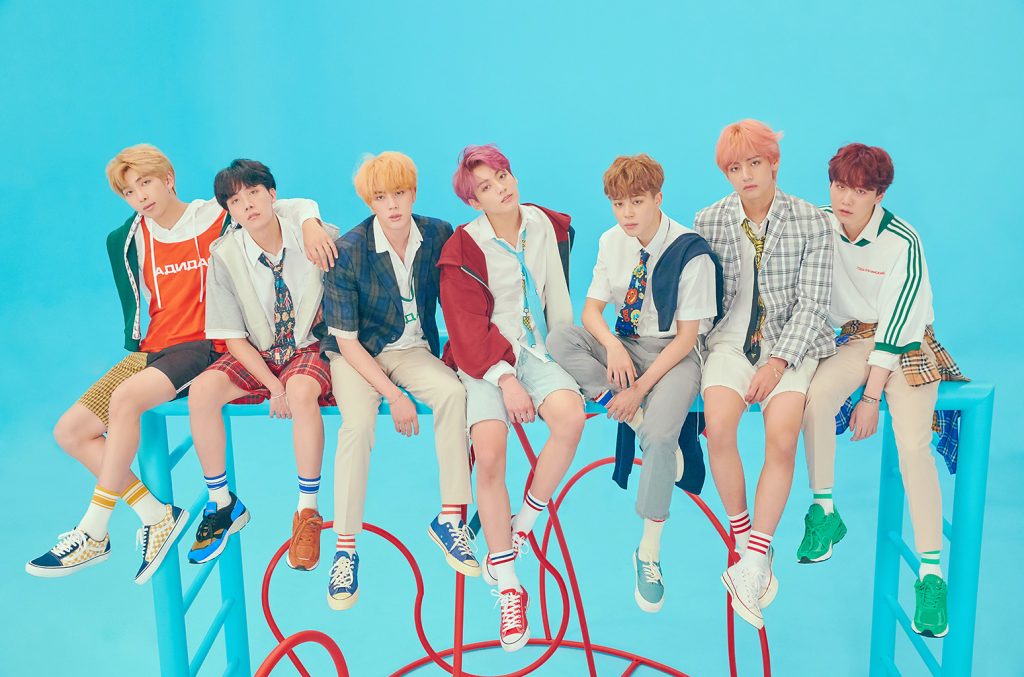 It will be available for purchase beginning 27 October 2018 from 10 a.m. onwards online via sportshubtix, through phone booking at +65 3158 7888, and at all Kallang Wave Mall Sports Hub Tix Box Office, as well as all SingPost outlets.

Patrons can choose between 10 standing pens or the best seats in the house.

Moreover, those who purchase tickets before January 7, 2019 will get a chance to participate in the lucky draw of winning sound check party benefit. A thousand slots are up for grab so be sure to buy your tickets early.

BTS WORLD TOUR ‘LOVE YOURSELF’ will feature surprises for Singapore fans, including songs from their chart-topping albums, as well as solo performances from each of the members.

The must-see show will take place for a one-night only event in Singapore. Read through this ticketing FAQ guide published by the concert organizer ONE Production. 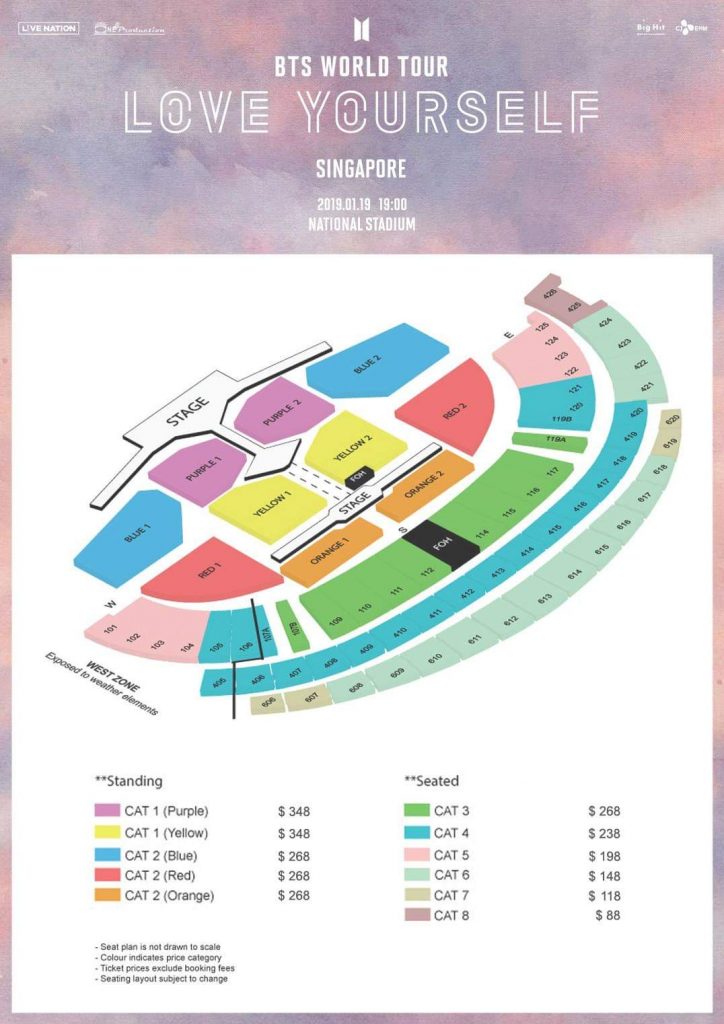 Adding to their growing career milestone is another achievement unlocked by the septet, who will be the first Korean act to perform at the iconic National Stadium, which had housed former concerts of global artists such as Mariah Carey, Madonna and Cold Play.

Supported by the most passionate fans, Jin, Suga, J-Hope, RM, Jimin, V and Junkook have immensely grown from their humble beginnings to emerge as a worldwide inspiration to their fans who rooted for them since day 1.

They have achieved astounding achievements through their limitless drive to work on their musical artistry, propelling record-breaking successes to albums they released, concert tours they completed, and socio-cultural advocacies they supported. 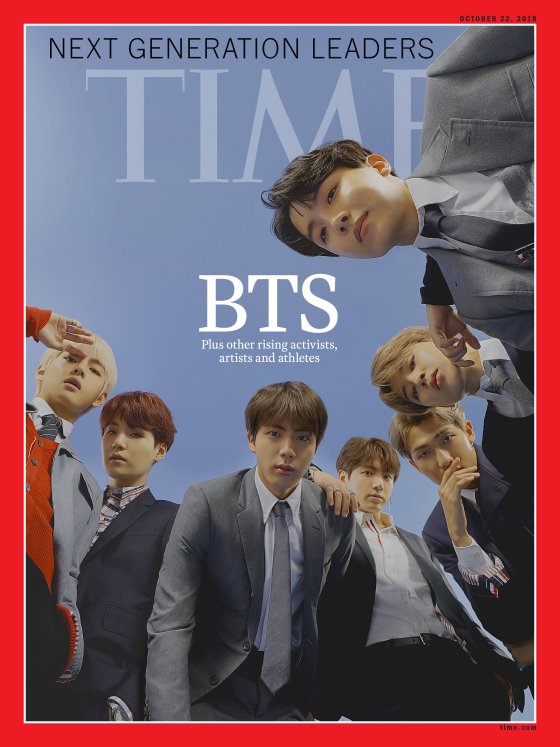 Bangtan Boys have become one of the most influential musical acts in the world inspiring the generation they belong to. They even gave a historic speech to the United Nations in New York.

Most recently, they were chosen to be on the cover of the world-renowned TIME magazine, which named them the “next generation leaders”.

Notching another step closer towards world domination, BTS WORLD TOUR ‘LOVE YOURSELF’ will be the band’s biggest tour to date. The septet have successfully sold out all their shows in North America, UK and Europe, before making their way back to Asia.

Notably, they sold over 40,000 tickets to Citi Field in New York for their first stadium show in the US within minutes. Over in the United Kingdom, they smashed the record for most merchandise ever to be sold at London’s The O2 Arena, a record that was previously held by The Rolling Stones in 2012. 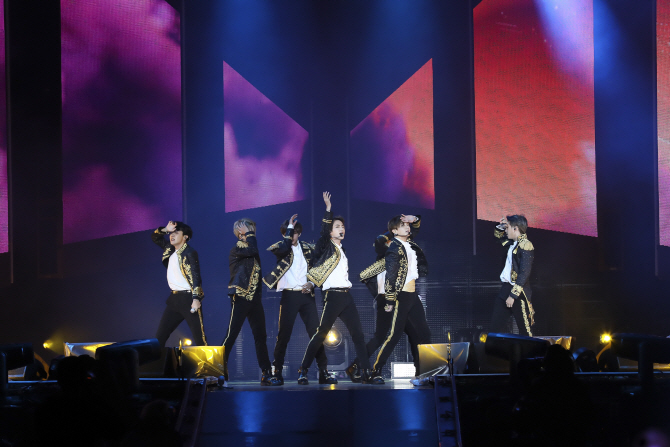 BTS, an acronym of Bangtan Sonyeondan or “Beyond the Scene”, is a South Korean boy band that is capturing the hearts of millions of fans globally. The members are RM, Jin, SUGA, j-hope, Jimin, V and Jung Kook.

BTS gains recognition from its authentic, self-produced music. From the top-notched performances to the way it has interacted with its fans, BTS has become a global phenomenon since the boys debuted in June 2013.

They have mobilized millions of fans across the world (named ARMY), topped prominent music charts, sold out worldwide tours, and have been recognized with prestigious awards like the Billboard Music Awards.

Follow ONE Production on its official social media handles for updates regarding the show.