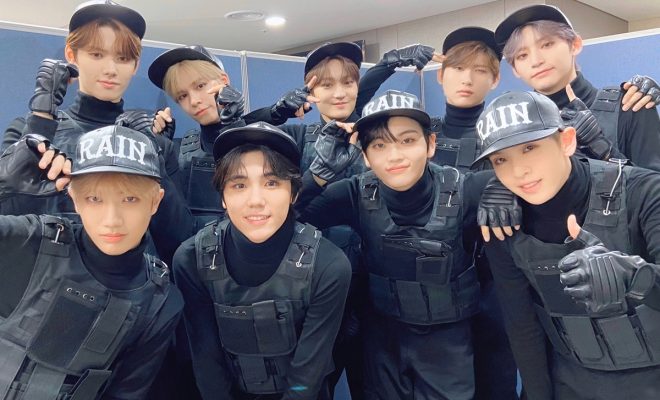 CRAVITY Captivates With A Riveting Cover Of Rain’s “GANG”

CRAVITY owned the stage with their swag in a stunning performance!

CRAVITY recently performed a cover of the track “GANG” by Rain and it sure was charismatic in the most dynamic way.

The group performed in the first half of KBS2’s Music Bank that aired on the June 26. CRAVITY certainly paid homage to the multi-talented artist Rain in a powerful manner.

The members looked absolutely breathtaking in all black attires and what’s more? They even wore hats bearing the name Rain which gave quite a special touch to their performance.

CRAVITY exuded charisma with their eye catching visuals that took the performance’s power packed intensity to the next level. The performance began with the spotlight on Allen as he commenced the act standing at the top of the stage. CRAVITY followed suit and showcased their high octane vocals and fiery rap styles which they backed with an equally fierce choreography.

The group certainly created quite the impact with this performance as they spellbound viewers with their compelling energy. With this, the young artists showed versatility with a different style. 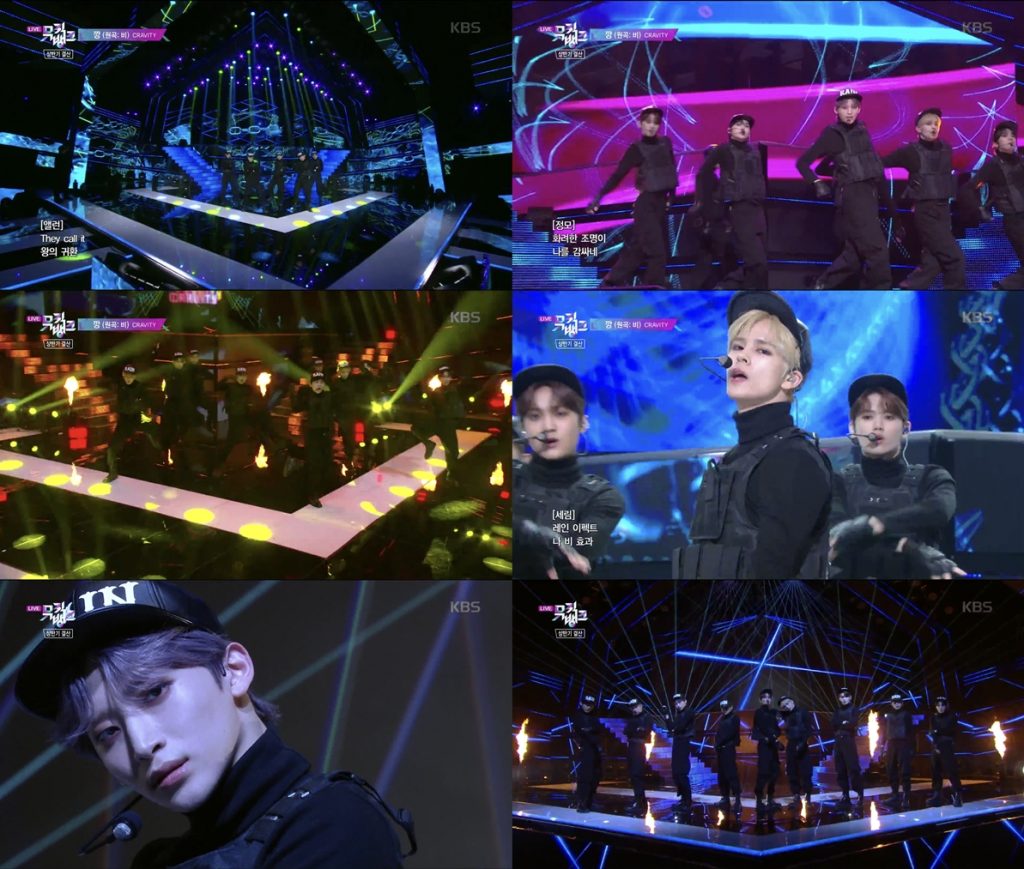 CRAVITY made their debut in April this year and with an impressive first album and outstanding performances, the has group has certainly made a strong impression.

Besides this, the group recently released their upbeat track “Cloud 9” from their debut album, CRAVITY SEASON1. [HIDEOUT: REMEMBER WHO WE ARE]. The track is a fun b-side track that features groovy pop synths with fresh vocals and playful rap verses. The melody is quite lighthearted with its mellow EDM tones which make the overall listening experience a pleasant and enjoyable one.

They also unveiled an equally vibrant music video for the same. The video showcased CRAVITY’s charms in a sweet way amidst summery aesthetics which was quite a rich treat for LUVITY.

FacebookTwitter
SubscribeGoogleWhatsappPinterestDiggRedditStumbleuponVkWeiboPocketTumblrMailMeneameOdnoklassniki
Related ItemsCRAVITYGANGMusic BankRain크래비티
← Previous Story BLACKPINK Says “How You Like That?” By Topping The Music Charts
Next Story → Hwasa Adds Mischief To The Macabre In The Latest Teaser For “Maria”