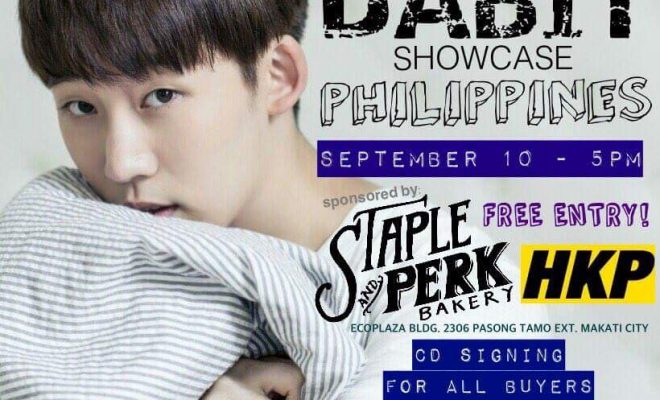 Korean Singer Dabit To Visit Manila for His First Showcase

Lucky fans can get a chance to win a special date with Dabit this September.

Recently, it was announced that singer-songwriter Dabit is coming to Manila, Philippines on this September. The full information of the event is now revealed.

READ: Get Close and Personal With This KPop Idol in The Philippines

The ‘Dabit Philippines Showcase’ is happening on September 10, 5PM, at the Staple and Perk Bakery located in Chino Roces Ave. Ext., Makati City. 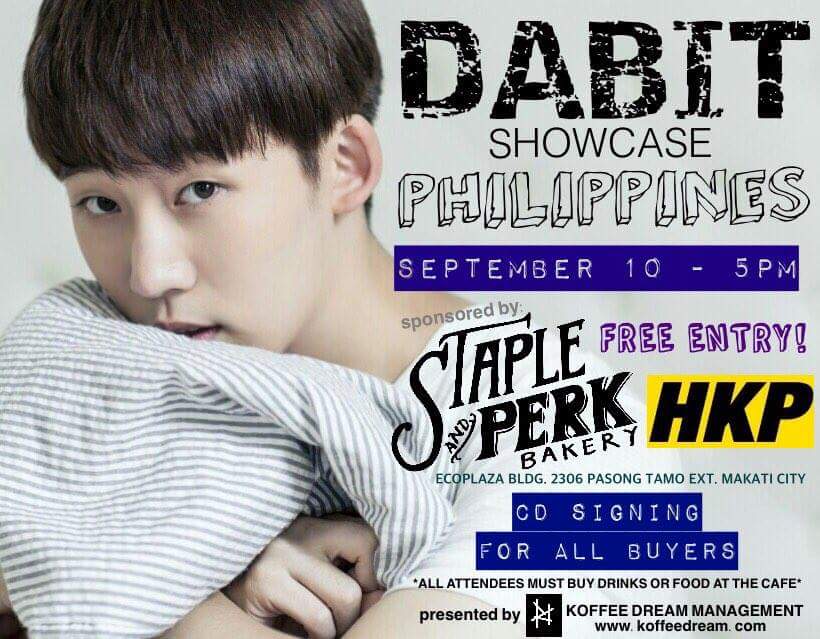 This free event, which will start at 5pm, includes a live performance of Dabit, with songs from his album and other surprise numbers for the fans.

The pre-ordering for his album costs Php350, with photo-op and autograph, but fans can also buy the album during the event for its regular price of Php400, with the same perks of autograph and photo. For pre-ordering, register here. Furthermore, two lucky fans will be drawn to win a date with Dabit.

Reminder: Entrance is free but fans are advised to purchase food and drinks at the venue.

Read Dabit’s special talent:  Dabit Revealed His Special Talent – And It has To Do With Raindrops

Dabit is a Korean-American idol turned soloist singer and songwriter. He has released three digital singles since his departure from the idol group, 24K.

Watch the music video for his third digital single titled, “Up and Down”:

Stay tuned to hellokpop for more details on the singer’s trip to the Philippines.