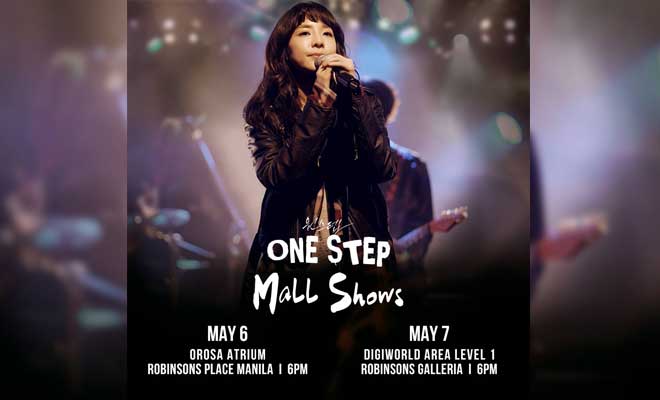 Dara is coming to Manila for her ‘One Step’ Fan Meeting this weekend!

The “Pambansang Krung Krung ng Pilipinas” is coming to Manila for two days of mall shows! The singer-actress is promoting her film, One Step, through a two-day mall show within the metro this May 6 and 7 at two Robinsons malls.

The local distributor of the movie in the Philippines, VIVA International Pictures, have announced the event through their official Facebook page.

“This is it! Sandara Park is coming to the Philippines!!! Join our mall shows on May 6 (Robinsons Place Manila) and May 7 (Robinsons Galleria Ortigas)! See you there!

Here are the mechanics as posted by VIVA International Pictures:
1. ONE (1) cinema ticket entitles you to enter the event area.
2. TWO (2) cinema tickets entitle you to a group photo opportunity with Sandara Park at the end of the show.

*Only cinema tickets bought at the event area will be honored. 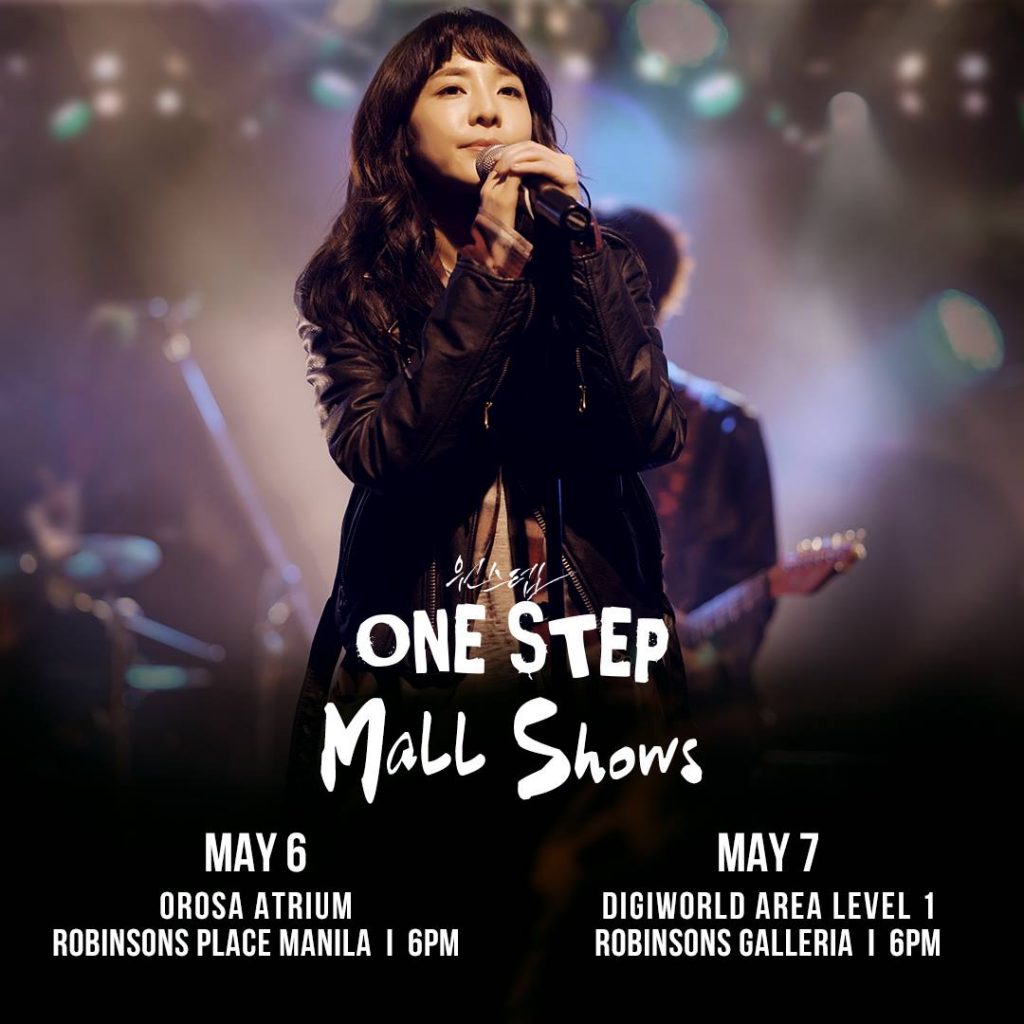 To help fans out who may have questions about the event, here are some of the FAQs we found on the post:

Is this a FREE event?

YES. This is an event held inside the event area of Robinsons Manila and Robinsons Galleria (Ortigas) so you will have the opportunity to see Dara in person when you are present for the event.

What does the “One (1) Cinema Ticket entitles you to enter the event area” mean?

You can enter the event area and be seated among the fans to see Dara up-close when you purchase one (1) cinema ticket.

What does the “Two (2) Cinema Tickets entitle you to a group photo opportunity with Sandara Park” mean?

There will be an opportunity to take group photos with Dara at the end of the program. Each person must present (or purchase) two cinema tickets at the event venue, to be included in the group photo.

What tickets will be sold at the venue?

The tickets will be for the May 10 screening of ‘One Step’. This is the opening day of the film’s release in the Philippines. You can use the tickets to watch the movie in Robinsons Movieworld (Galleria-Ortigas and Manila).

Can we buy online? Or in other malls?

Unfortunately, no. Only tickets sold at the event venue on the day of the mall shows will be eligible for the entrance to the event area and group photo. These tickets will be your tickets for the May 10 screening of the movie at the same mall (venue) where you bought the tickets.

For example, if you will buy the tickets in Robinsons Galleria (Ortigas), you can use that ticket to watch on May 10 in Robinsons Movieworld (Galleria Ortigas) only.

For cinema ticket prices and other updates, look out for official announcements on VIVA International Pictures‘ official Facebook page.

The confusion may have been from Dara’s earlier announcement of her schedule in Manila, dubbed as #DaraSchedule, via Twitter:

VIVA International Pictures is the official film distributor of ‘One Step’ in the Philippines. The movie will be screened nationwide beginning May 10 of this year.

Hellokpop, as an independent Korean entertainment news website (without influence from any agency or corporation), we need your support! If you have enjoyed our work, consider to support us with a one-time or recurring donation from as low as US$5 to keep our site going! Donate securely below via Stripe, Paypal, Apple Pay or Google Wallet.
24
SHARES
FacebookTwitter
SubscribeGoogleWhatsappPinterestDiggRedditStumbleuponVkWeiboPocketTumblrMailMeneameOdnoklassniki
Related ItemsDaraOne StepViva International Pictures
← Previous Story Ateneo Student Wins Annual Korean Speech Contest In The Philippines
Next Story → Interactive Art Exhibit in the Philippines to Feature Artists from Korea