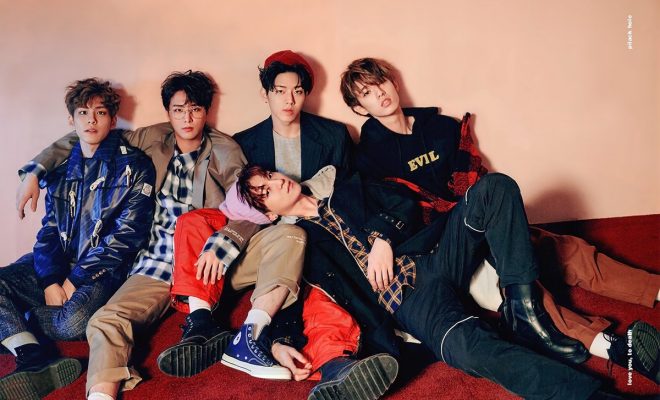 Is Day6 coming to your city?

South Korean band Day6 will embark on its first ever world tour since debuting under JYP Entertainment in 2015. 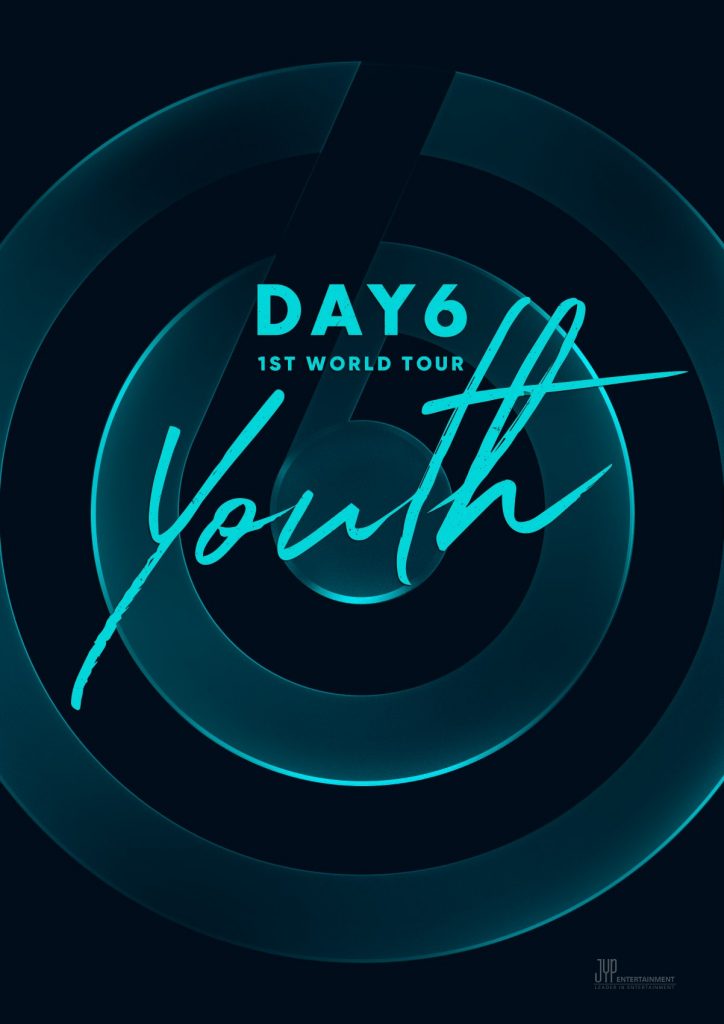 The band will kick off its highly awaited world tour in Seoul for three night concerts on June 22 to 24.

The tour will also visit Ulsan on July 21 and Jeonju on August 5 before flying to Melbourne for a concert on August 10 and to Sydney on August 12.

Day6 will then return to Korea for the Busan stop of its tour on August 18. Taipei will be the band’s seventh stop, performing in the city on September 1.

On September 15, Bangkok will have its turn to see the boys live.

The first Saturday of October will be made extra special for My Days in Manila as Jae, Sungjin, Young K, Wonpil, and Dowoon land in the archipelago for a concert on October 6.

Finally, Day6 will return to Asia for the Jakarta stop of its Youth world tour on December 8.

More cities are expected to be announced particularly in Europe which will see the boys in January 2019, although specific cities and dates are yet to be announced. 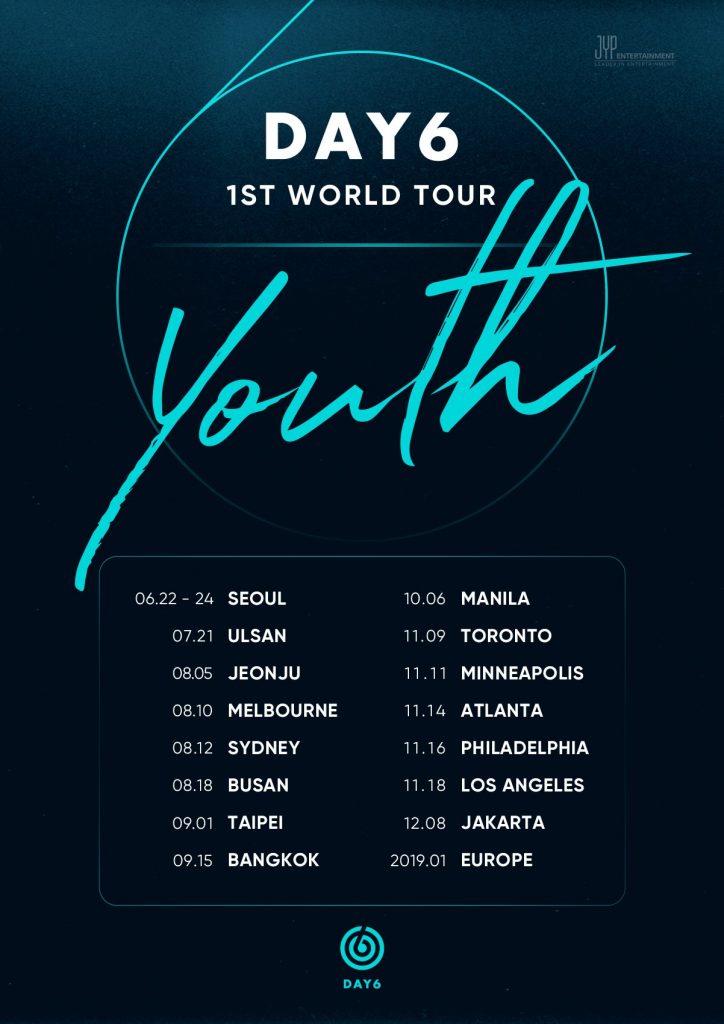 Hellokpop, as an independent Korean entertainment news website (without influence from any agency or corporation), we need your support! If you have enjoyed our work, consider to support us with a one-time or recurring donation from as low as US$5 to keep our site going! Donate securely below via Stripe, Paypal, Apple Pay or Google Wallet.
FacebookTwitter
SubscribeGoogleWhatsappPinterestDiggRedditStumbleuponVkWeiboPocketTumblrMailMeneameOdnoklassniki
Related Itemsday6DAY6 1ST WORLD TOUR: YOUTH
← Previous Story Wanna One To Stage Boomerang Of Fiery Performances In Jakarta In July
Next Story → The Wait Is Over: Super Junior Will Return To Manila For “Super Show 7” This June!