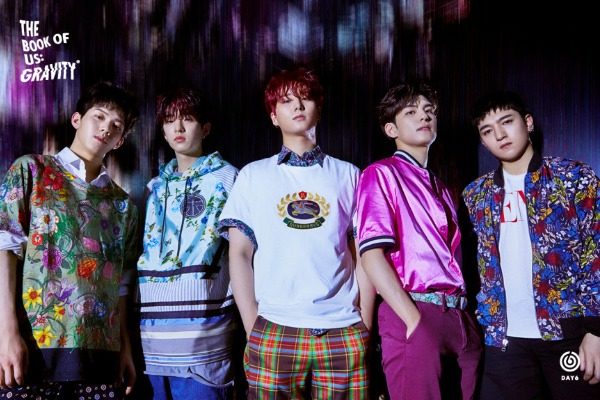 DAY6 Fulfills Promise As They Return For “Gravity” Tour In Manila

Filipino MyDays are in for a second serving of great performances from Day6 this November.

DAY6 sure knows how to keep their word as they are coming back to meet their Filipino fans once again. The band will stage another spectacular concert and this year, they are meeting Filipino MyDays in a larger venue. DAY6 WORLD TOUR GRAVITY in MANILA is happening in Araneta Coliseum on November 23 at 5:30PM. 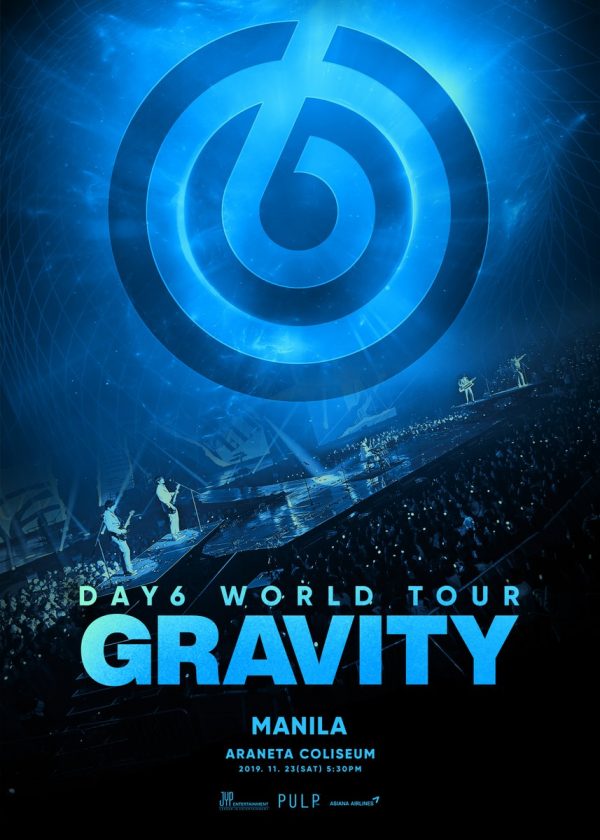 This year’s concert marks the second time the boys will be performing in front of the Filipino audience. Their first headlining event in the country, which was part of the band’s first world tour Youth, was staged in a sold-out crowd on October 6, 2018.

Tickets for DAY6 WORLD TOUR GRAVITY in MANILA will start its official selling on October 27 at 12PM (noon) through TicketNet website and branches nationwide. Prices vary depending on the seating sections and the amount indicated below does not include ticketing charges. 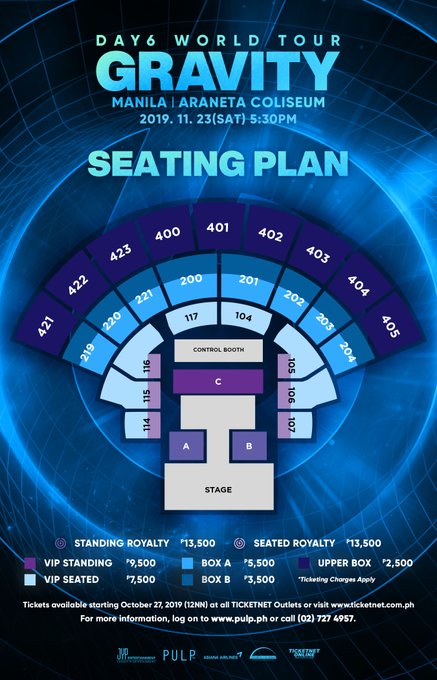 Purchase of the Pulp Royalty tickets entitles holders to Pulp Royalty Package. This includes Hi Touch, one signed latest album and priority entrance on show day. They also get a one-of-a-kind concert ID and lanyard, a souvenir card and an official poster. 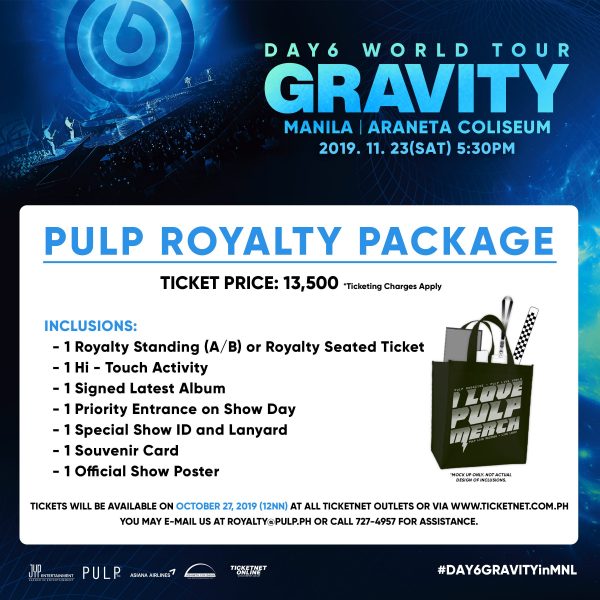 DAY6 debuted in 2015 under JYP Entertainment. Since then, they have released a number of hit tracks that showcase the band’s diverse musical color. Jae, Sungjin, Young K, Wonpil and Dowoon have captured the hearts of music lovers, not just in their home country but overseas as well. They released their fifth EP The Book of Us: Gravity on July 15, with the lead single “Time of Our Life”and recently had their very first music show win.

DAY6 WORLD TOUR GRAVITY in MANILA is brought to fans by JYP Entertainment and presented by PULP Live World.

READ: DAY6 Songs That Throw You To An Emotional Ride With Heartfelt Love Message

Hellokpop, as an independent Korean entertainment news website (without influence from any agency or corporation), we need your support! If you have enjoyed our work, consider to support us with a one-time or recurring donation from as low as US$5 to keep our site going! Donate securely below via Stripe, Paypal, Apple Pay or Google Wallet.
22
SHARES
FacebookTwitter
SubscribeGoogleWhatsappPinterestDiggRedditStumbleuponVkWeiboPocketTumblrMailMeneameOdnoklassniki
Related Itemsday6DAY6GRAVITYinMNLGravity in ManilaWorld Tour Gravity
← Previous Story Kang Daniel To Start Membership Recruitment For Official Fan Club
Next Story → BTS & TWICE Are Kings And Queens Of K-Pop In September Brand Rankings