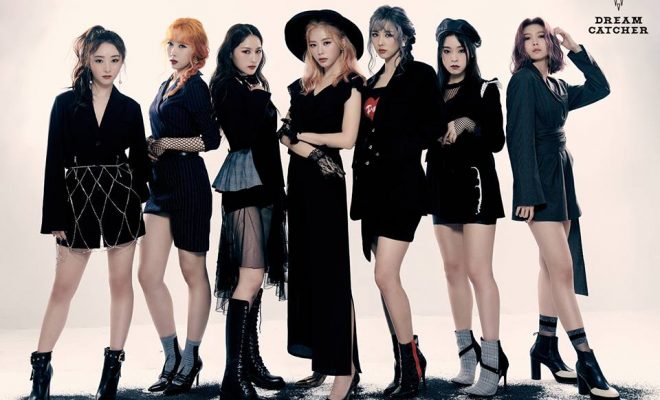 Waiting time is finally over for Philippine fans of Dreamcatcher!

South Korean girl group Dreamcatcher will make its long-awaited landing in the Philippines through the staging of its first solo concert in Manila in March. 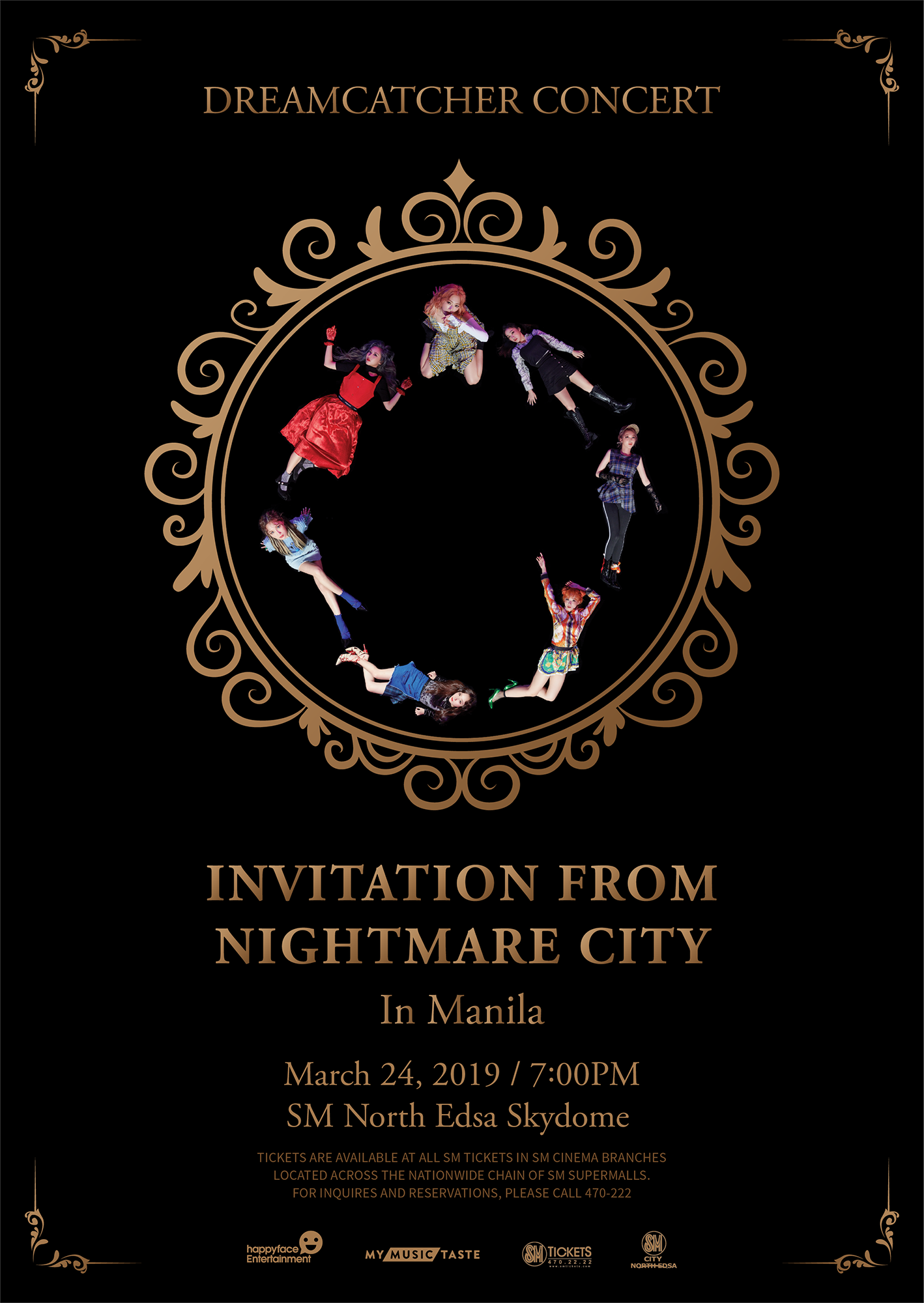 Through the requests of fans via the fan-initiated concert making platform, Manila became one of the three stops of the Invitation from Nightmare City tour. It will visit other Southeast Asian cities namely Jakarta on March 20 and Singapore on March 22.

The upcoming tour will mark the girl group’s third concert tour made through MyMusicTaste following the girls’ concerts in Europe and Latin America where they thrilled the crowds with their irresistible charms and unparalleled performances. The girl group also became the first K-Pop girl group to complete a tour of major European cities. 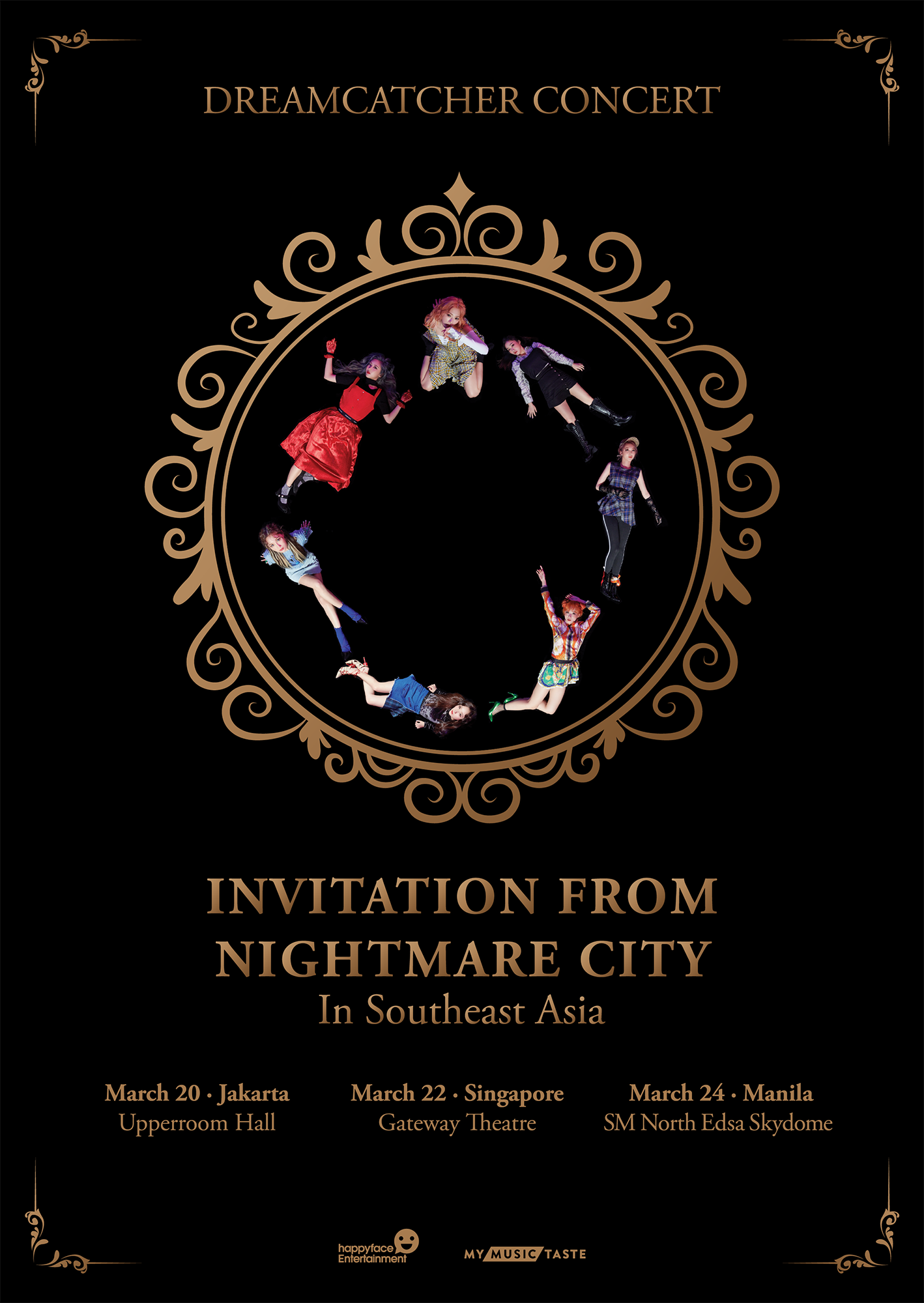 Tickets to Invitation from Nightmare in Manila will go on sale starting January 29 at 12 p.m. local time. Tickets are available in VIP at Php 6,000 (inclusive of a hi-touch pass) and General Admission A, B, and C at Php 3,000.

Prices are exclusive of ticket service. Fans who requested the Manila stop on MyMusicTaste will get access to a 20-percent discount. All ticket categories are reserved seating.

For more details regarding the concert, please visit this link. 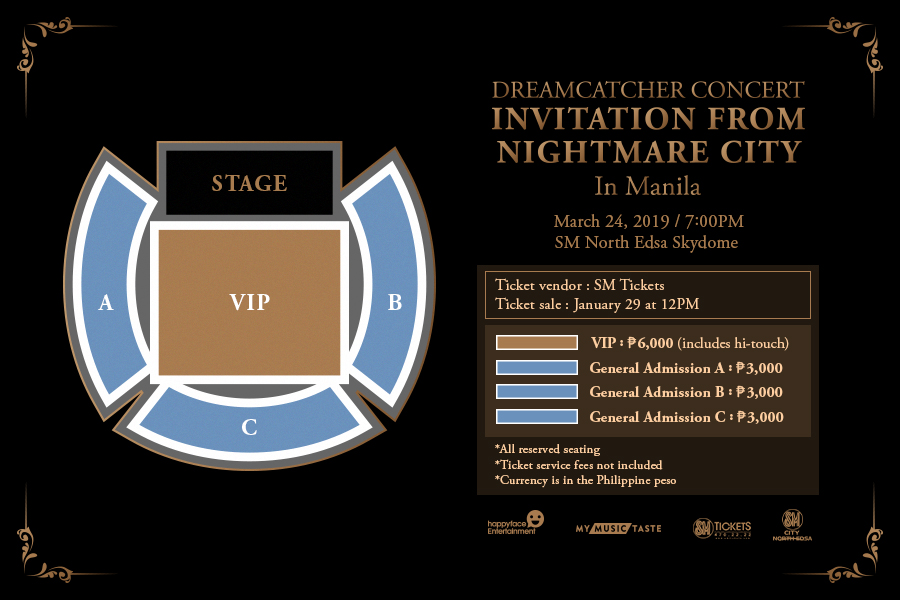 Get to Know Dreamcatcher

Composed of JiU, SuA, Siyeon, Handong, Yoohyeon, Dami, and Gahyeon, Dreamcatcher debuted in January 2017 with the single album Nightmare led by “Chase Me”. The girls quickly caught the eye of music critics with their unique “young metal” concept” and intoxicating choreography.

Dreamcatcher’s worldwide fame has since been growing exponentially since being voted as the third Best New K-Pop Acts on American magazine Billboard in 2017. The girl group’s second extended play Escape the Era led by “You and I”debuted on the seventh spot of Billboard’s World Albums Chart.

Without losing their momentum, JiU, SuA, Siyeon, Handong, Yoohyeon, Dami, and Gahyeon continued to show their global presence. They teamed up with MyMusicTatse on their first crowdfunding project for their new photo book which was launched in 2018 after reaching 555 percent of the funding goal.

Hellokpop, as an independent Korean entertainment news website (without influence from any agency or corporation), we need your support! If you have enjoyed our work, consider to support us with a one-time or recurring donation from as low as US$5 to keep our site going! Donate securely below via Stripe, Paypal, Apple Pay or Google Wallet.
FacebookTwitter
SubscribeGoogleWhatsappPinterestDiggRedditStumbleuponVkWeiboPocketTumblrMailMeneameOdnoklassniki
Related ItemsDreamcatcher
← Previous Story Shinhwa’s Eric To Hold A Solo Fan Meeting For The First Time In Eight Years And It’s On His Birthday
Next Story → WINNER Continues To Slay North America With “EVERYWHERE TOUR IN DALLAS”