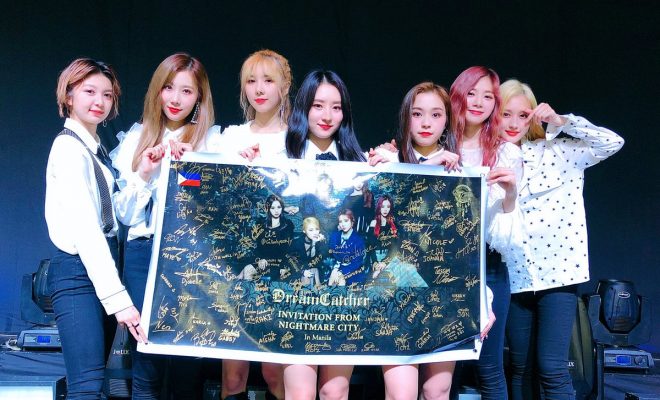 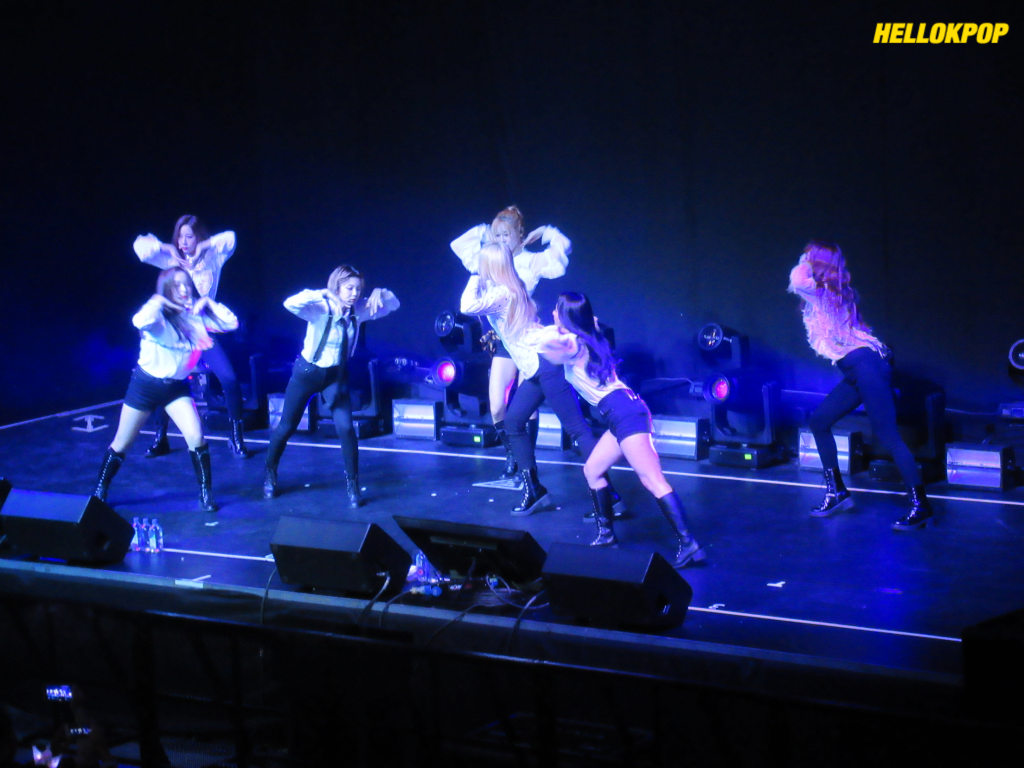 The septet kicked off the night with a fiery performance of “What” before keeping up with the crowd’s energy with intense stages of “Sleepwalking” and “Chase Me”.

Afterwards, JiU, SuA, Siyeon, Handong, Yoohyeon, Dami, and Gahyeon expressed their excitement over tonight’s performances during the introductory ment, much to the delight of their adoring fans who have waited years, months, and weeks to see them live for the first time in Manila.

After this introductory ment, the girls treated the crowd with “Wonderland”. They then kept the energy pumping with an equally lively performance of “Good Night”. The crowd gamely sang along and cheered — matching the girls’ playful energy onstage. 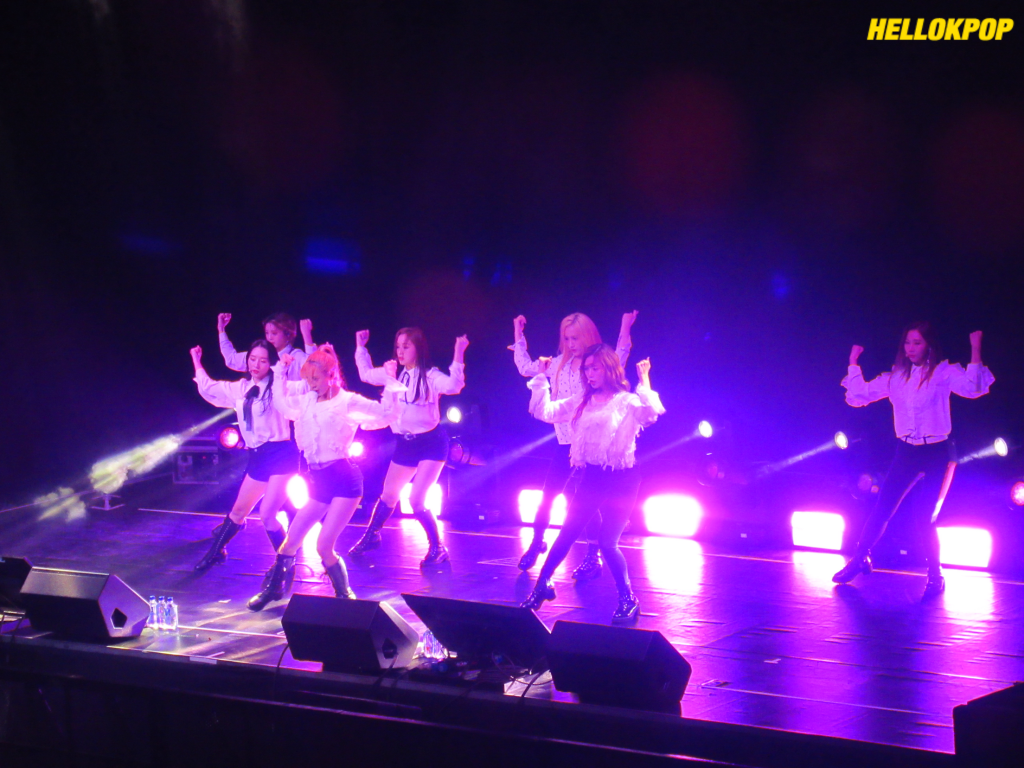 In the middle of their performances, the girls broke up into sub-unit performances which were specially prepared for their Asia tour. Each sub-unit staged a unique performance of covers of popular songs.

SuA and Yoohyeon took the stage first with a cover of Charlie Puth’s “Attention”. Siyeon, Handong, and Gahyeon then took the baton and wowed the crowd with covers of Justin Bieber’s “As Long As You Love Me” and “Boyfriend”. Playful duo JiU and Dami wrapped up the unit stages with a cover of Flo Rida’s “I Don’t Like It I Love It”. 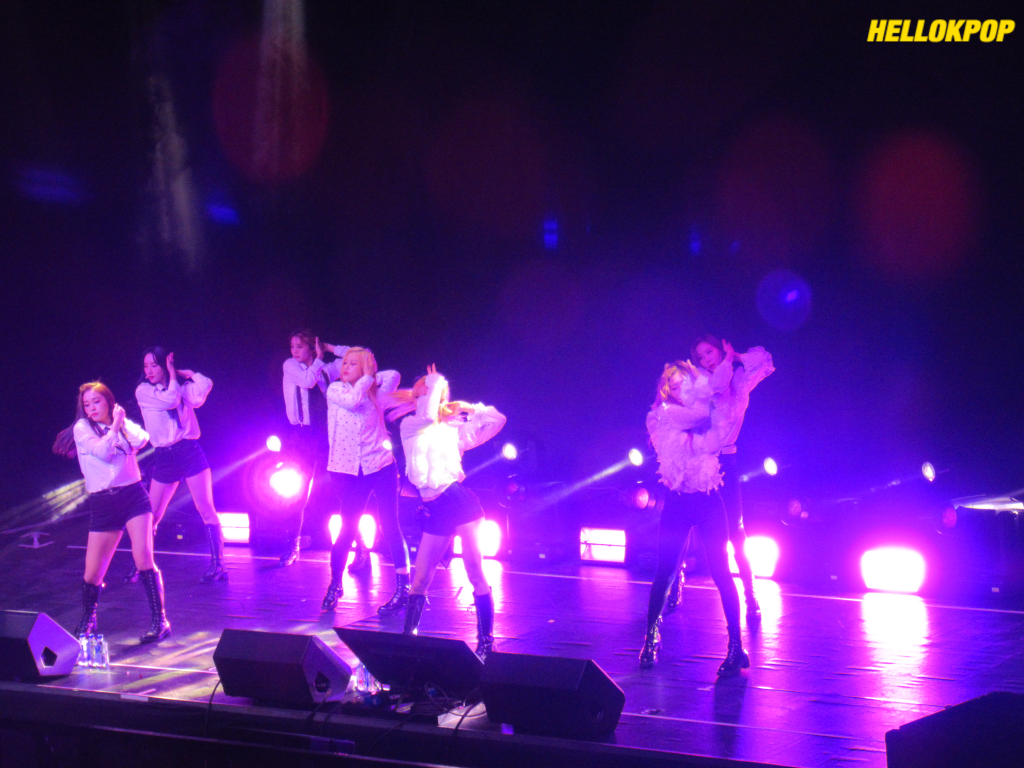 Dreamcatcher took the stage as a group once more with “Piri”, “Over the Sky”, “You & I”, and “Fly High”. Before they wrapped up their concert, the girls expressed their gratitude for the energy of the Philippine crowd. For two hours, the girls found a home in SM North EDSA Sky Dome. They also delighted Philippine InSomnias when they promised to return soon.

The girls ended their debut Philippine show on a high with passionate performances of “Full Moon” and “Wake Up”.