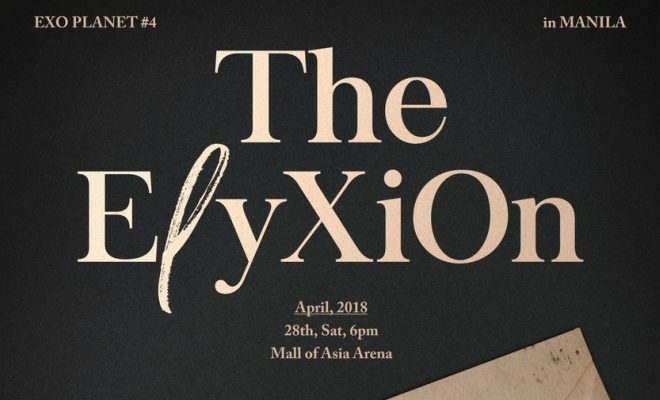 “ElyXiOn In Manila” Tickets To Go On Sale Next Month

Mark the date, Philippine EXO-Ls! Tickets to ElyXiOn in Manila go on sale next month!

South Korean boy group EXO is coming back to Manila to stage its fourth world tour EXO PLANET #4 – The EℓyXiOn on April 28 at the SM Mall of Asia Arena.

ElyXiOn in Manila will mark EXO’s third solo concert in the country, following EXO PLANET #2 – The EXO’luxion and EXO PLANET #3 – The EXO’rDIUM. 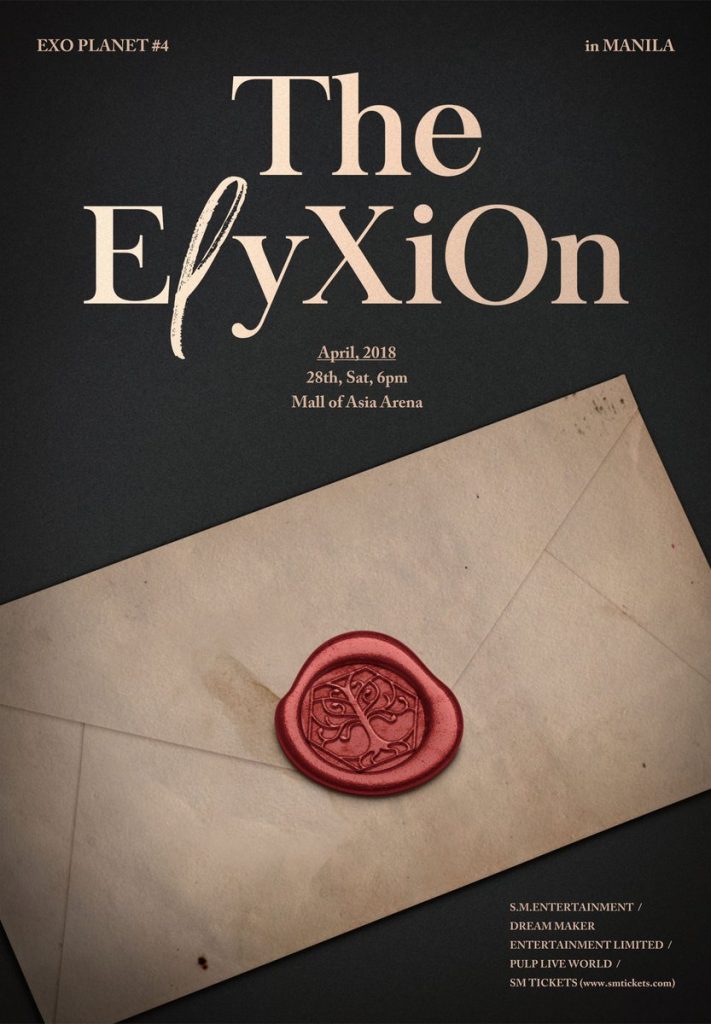 Tickets to the Manila leg of the boy group’s fourth world tour will go on sale on February 25 at all SM Tickets outlets nationwide and online at smtickets.com. 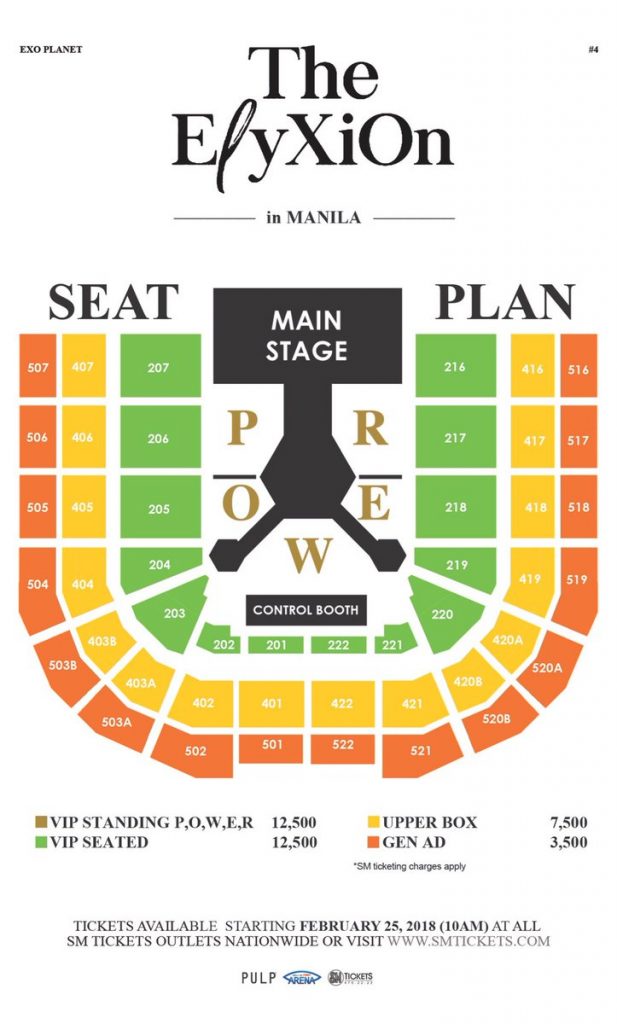 Seat plan and ticket prices for the concert set to be released on February 25.

EXO has continuously displayed its “power” in the Philippines by selling out all its concerts in the country.

The group’s first solo concert in the country, EXO’luxion, was initially intended for a one-night-only event, but tickets were sold out within three hours. The high demand then led to a second day, making EXO the first K-Pop group to hold two consecutive concerts in the Philippines.

EXO’rDIUM was also met with a 100-percent sale of tickets for its two-day run.

SM Entertainment announced EXO’s fourth world tour in October 2017. The boy group kicked off EXO PLANET #4 – The EℓyXiOn, with a three-day concert at the Gocheok Sky Dome from November 24 to 26.

Tickets were sold out in 0.2 second, toppling its previous record of 0.4 second set from EXO’luxion.

Aside from South Korea and Manila, EXO will also hold its world tour in Japan, Taiwan, Singapore, Thailand, Hong Kong, and Malaysia as of press time.