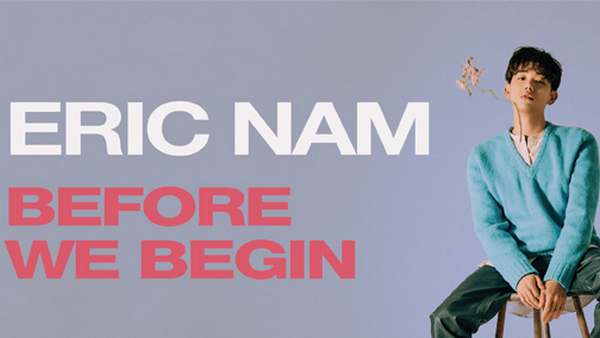 Before his world tour begins, check out which cities Eric Nam will be visiting this 2020.

Following the release of his successful first English album of the same name, Eric Nam is preparing to embark on his Before We Begin World Tour 2020 – which will take him and his music to various cities in Asia and North America. 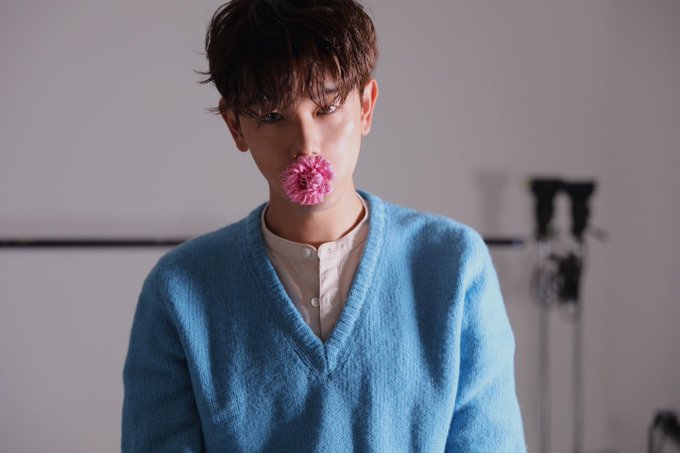 Endowing a much-awaited visit to his fans all around the world, the singer, songwriter, and TV personality has launched the dates and locations for his tour scheduled for next year – which marks the continuation of his activities that see him continually pushing boundaries musically all around the world, including his latest music release.

Serving as his first all-English project, Eric’s latest album Before We Begin was released earlier in November and received a great amount of praise from music lovers worldwide.

Announced earlier, the Asian stops for the world tour will kickstart the set of Eric Nam’s splendid showcases all around the world. Tickets for these dates and locations have been available since November 29 at 12 PM local time.

Meanwhile, for its North American leg, the singer will have Phoebe Ryan and Frenship come along as supporting acts for his tour. 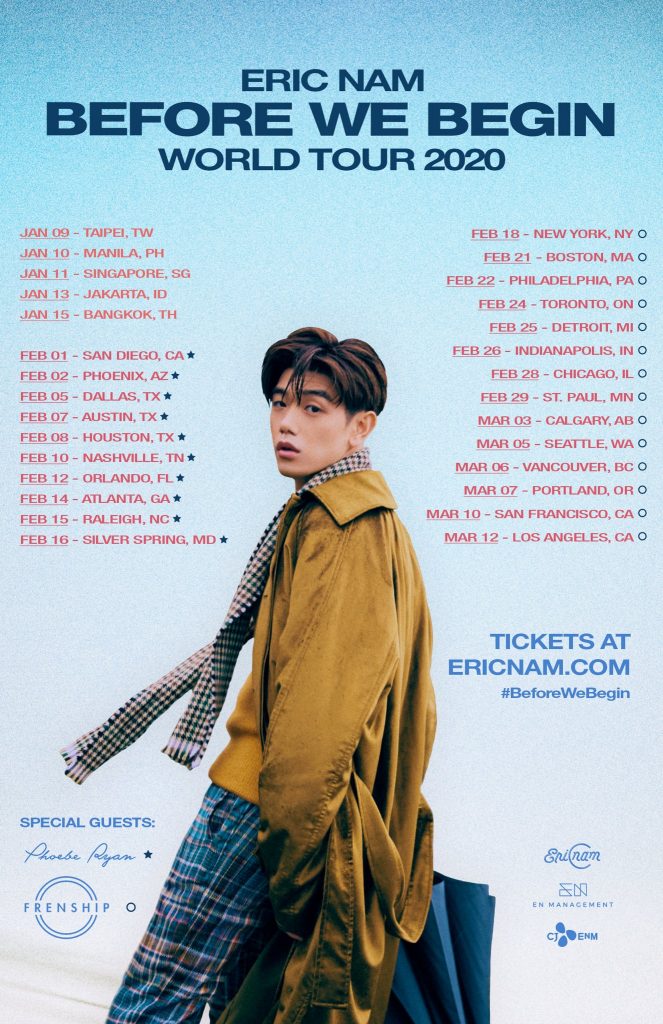