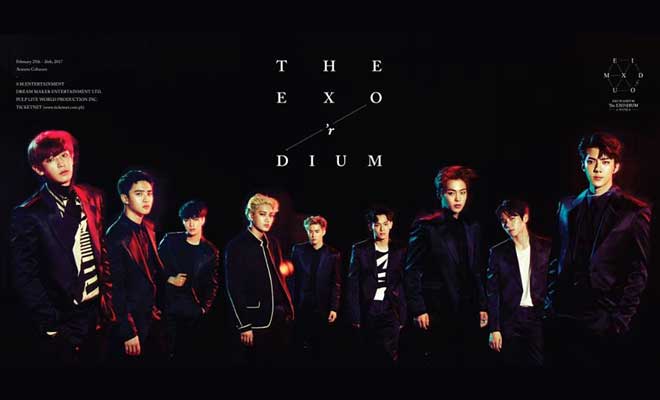 Filipino EXO-Ls, Get Ready – ‘EXO’RDIUM’ Is Coming To Manila!

EXO’RDIUM in Manila is happening and you can buy tickets starting January 8!

Korean boy group EXO is set to conquer the Philippines once again in a two-night concert! ‘EXO PLANET #3 – THE EXO’RDIUM IN MANILA’ will happen on February 25 and 26 at Araneta Coliseum.

Almost a year after the roaring, record-breaking success of ‘EXO PLANET #2: THE EXO’LUXION IN MANILA’  held last January 23 and 24, 2016, the award-winning and best-selling Korean boy group promises memorable nights of performances and interactions.

Xiumin, Suho, Lay, Baekhyun, Chen, Chanyeol, D.O., Kai, and Sehun will showcase their out-of-this-world vocals, dancing prowess, and appeal. They will be performing hits such as Mama, Wolf, Growl, Overdose, Call Me Baby, Lucky One and Monster, among many others.

Ticket prices range from Php 3,000 to Php 12,500 and available in categories VIP, E, X, O, and L. Official ticketing will be on January 8 through Ticketnet outlets nationwide.  EXO-Ls can also call 911-5555 or go online at www.ticketnet.com.ph. 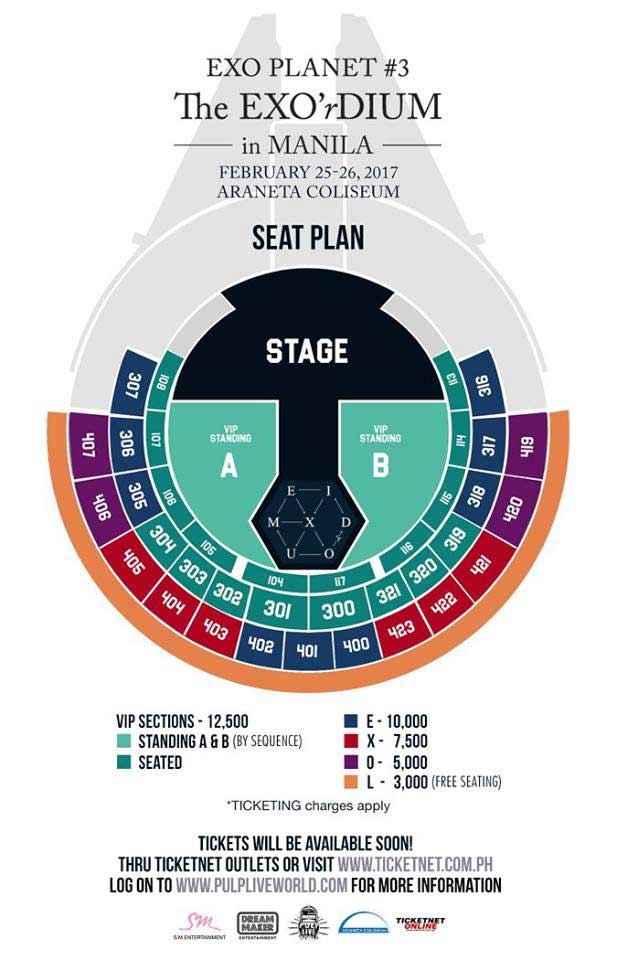 Last year, tickets for the original night of the group’s ‘EXO PLANET #2 – The EXO’luXion in Manila’ sold out hours after they went on sale. The massive response prompted organizer PULP Live World to open a second night for the concert.

‘EXO PLANET #3 – THE EXO’RDIUM in Manila’ will also mark the fourth visit of the boy group in the archipelago. EXO first performed in the Philippines via ‘Dream KPOP Fantasy Concert’ in 2013.

The EXO’RDIUM tour is EXO’s latest and biggest tour ever, gathering 84,000 EXO-Ls in its six-day concerts at Olympic Park Stadium in Seoul. The group also made history as the first act to perform six times in the colossal venue.