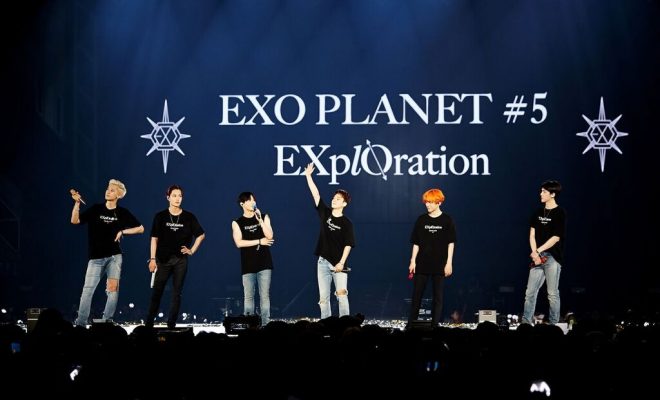 Marking their 4th consecutive visit in the sunny city, EXO PLANET #5 – EXplOration in SINGAPORE preps up to stage performances full of power on September 15, 4PM, at the Singapore Indoor Stadium. 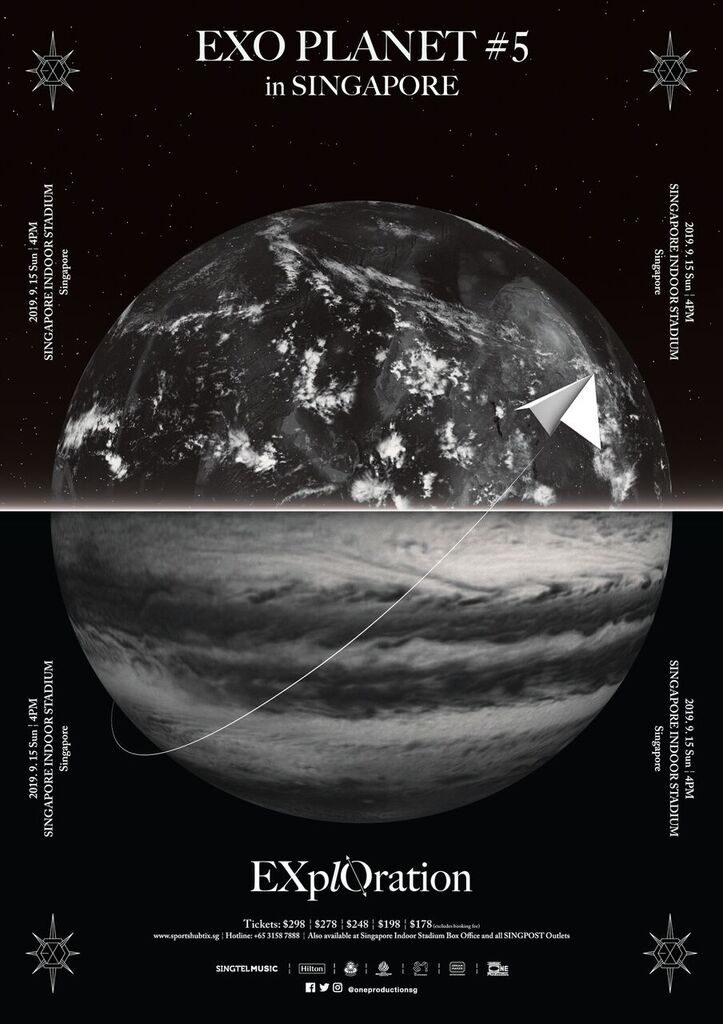 Beginning August 25, tickets will go on sale at 12PM via Sports Hub Tix ticketing channels. You may also book tickets by calling the hotline at +65 3158 7888.

Purchasing of tickets can also be done at Singapore Indoor Stadium box office and all SINGPOST outlets.

For more information about the show, visit ONE Production Facebook page. 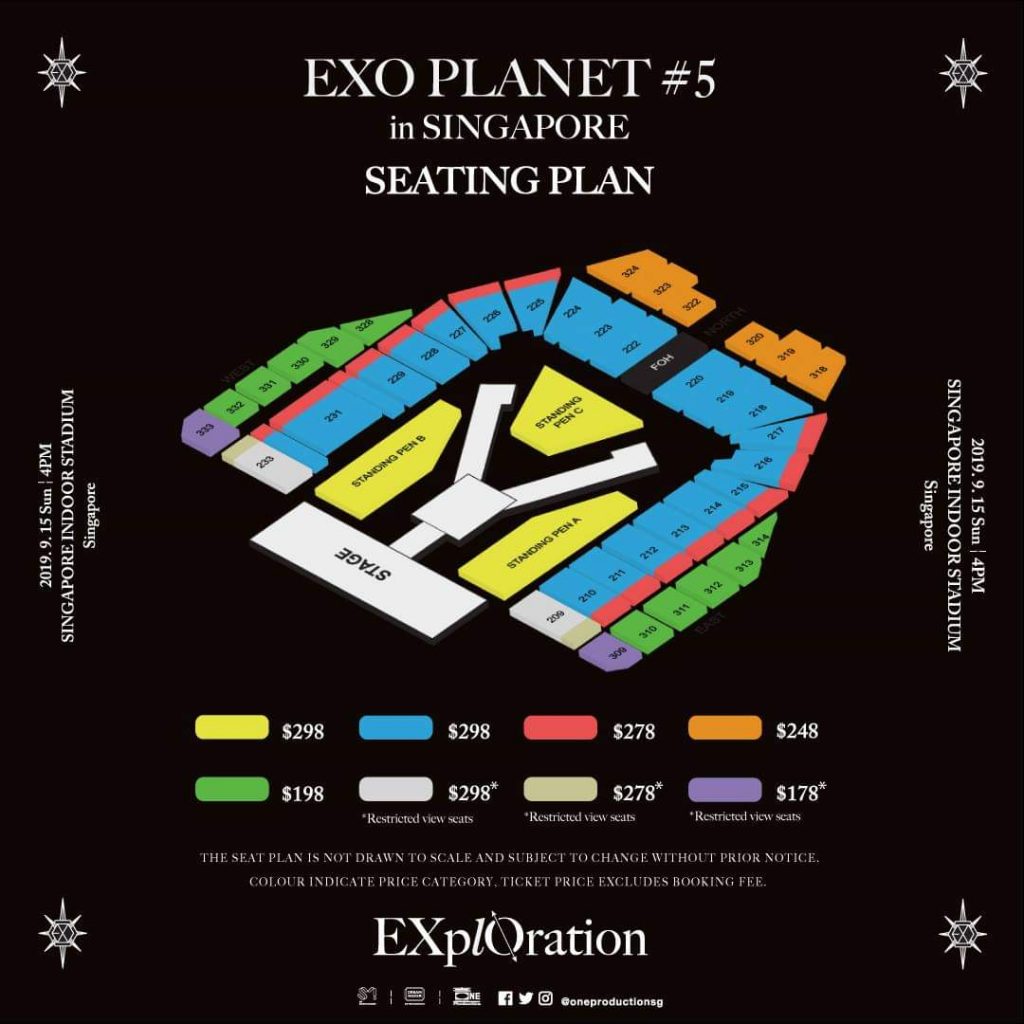 Amassing over 90,000 fans in the 6-day Seoul kickoff, EXO’s latest concert exploded to scintillating stages in July this year at KSPO Dome. At the Seoul show, the fans were able to meet EXO’s high-energy performance of iconic hit tracks like “Growl”, “Monster”, “Call Me Baby”, “Love Shot” and more.

With recent solo and unit ventures of the group, the members showcased stunning stages highlighting their vocal and rap lines. Baekhyun, who launched his first album recently, performed “UN Village” with his sweet vocal. Belting his vocal prowess, Chen awed the crowd with his song “Lights Out”. 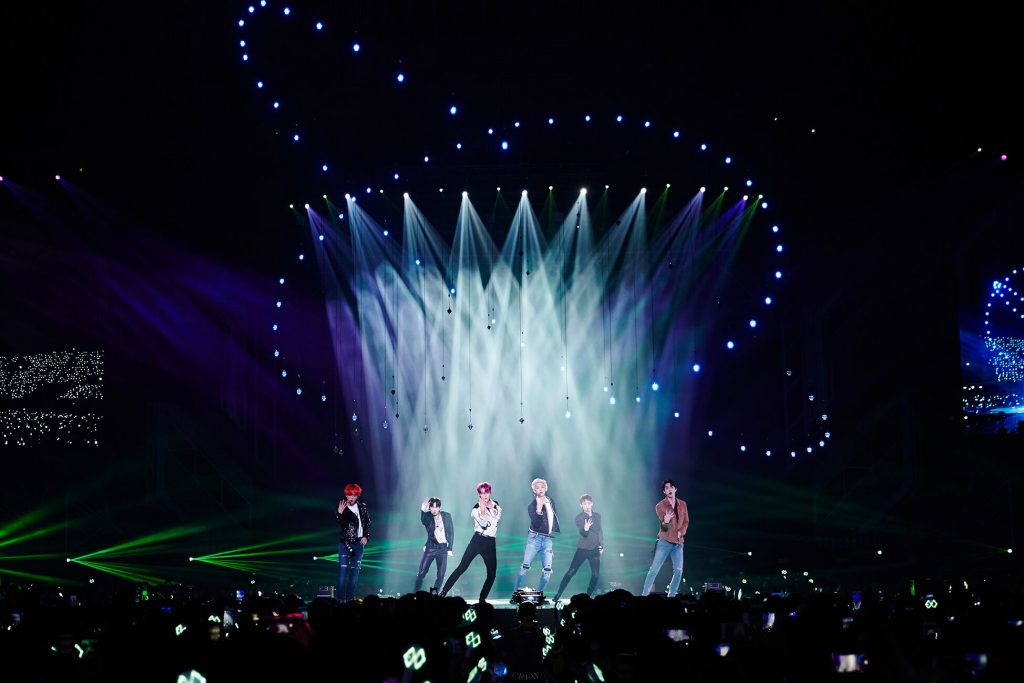 Additionally,  their latest sub-unit EXO-SC also unveiled tracks from their chart-topping debut album What A Life.

Singapore EXO-Ls are up for the same intensity-filled concert that will feature elaborate talent showcase from the K-Pop royalty. Adding to that, impressive stage design with spectacular lighting and visual effects are expected to make the concert party even more lit.

READ: 9 Milestones That Prove EXO And EXO-L Got The Power Every Time

EXO PLANET #5 – EXplOration – in SINGAPORE is brought to fans by ONE Production Singapore and SM Entertainment.