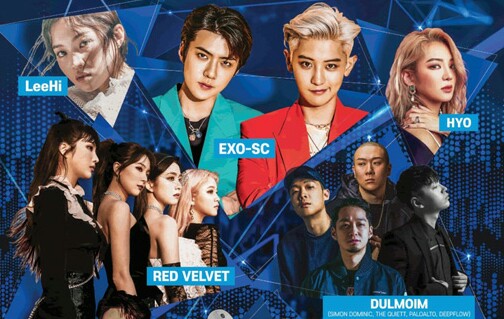 The representative artists of various genres, including hip-hop and K-Pop, will be playing great music in this upcoming online event from Cass Beer!

Cass Beer announced that they will be holding a live online concert with K-Pop and K-Hip hop icons such as EXO-SC, Red Velvet, LeeHi, Simon Dominic, and DEEPFLOW! 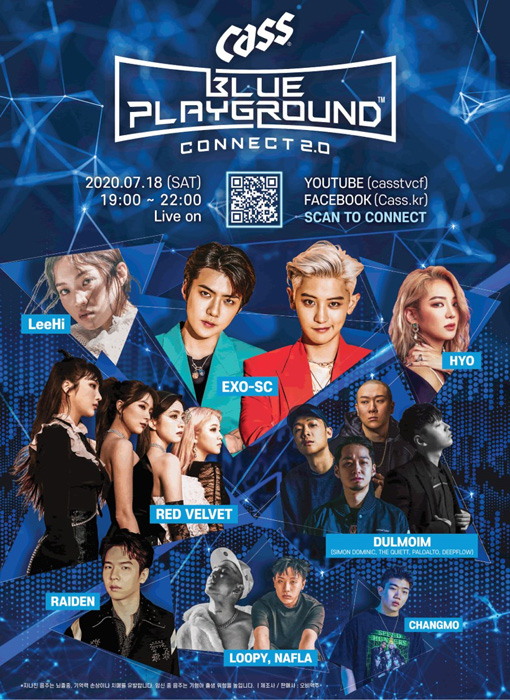 Celebrating its sixth anniversary this year, Cass Blue Playground was first launched in August 2015 as a music festival for young consumers. This year, it will be held in the form of an online concert as an observation of social distancing measures.

The concert will be held on July 18 from 7 PM to 10 PM KST on Cass’ official YouTube and Facebook channels. Only consumers who are certified to be 19 years old after accessing the QR code in the event’s poster (which can be found on Cass’ official SNS accounts) can watch it.

Cass Blue Playground Connect 2.0 will feature EXO’s Sehun and Chanyeol, also known as the sub-unit EXO-SC, who were recently selected as the endorsers for Cass’ summer campaign.

Red Velvet, LeeHi, and Girls’ Generation’s Hyoyeon as DJ Hyo will also be representing the K-Pop scene for the night. There will also be performances brought by DULMOIM (made up of Simon Dominic, The Quiett, Paloalto, and Deepflow), Loopy & Nafla, Changmo, and Raiden for consumers who enjoy hip-hop and EDM.

“We have prepared a lineup of the best artists for consumers who love Cass, the nation’s top beer brand,” said Yoo Hee Moon, vice president of marketing for OB Beer, who also added, “Cass will continue to hold various events to provide consumers with the best brand experience.”