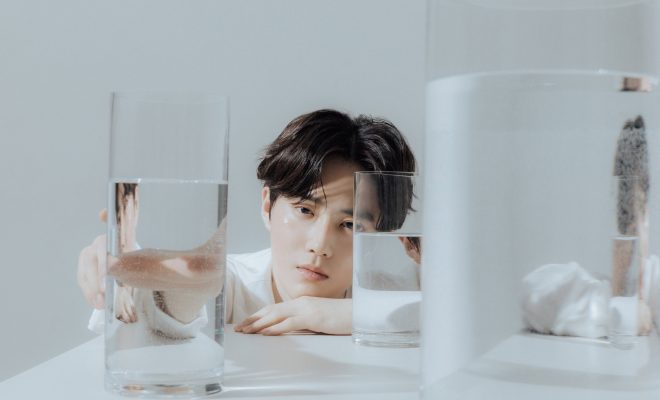 Despite the circumstances, Suho will be celebrating the release of his new music with his beloved fans—online.

In light of the COVID-19 outbreak, holding physical fan meetings and concerts has temporarily been put on hold for the safety of the idols and their fans. That is not stopping EXO’s Suho, however, as he gears up to meet his fans from the comfort of their own homes.

On April 12 at 4 PM KST, the EXO leader will be holding an online fan meeting titled O2asis. Serving as an innovative way to meet EXO-Ls, the fan meeting is a celebration of the release of his solo album Self-Portrait, and will be streamed through EXO’s V Live Channel. Here, the singer will serenade fans with a live version of “Let’s Love” and communicate with fans through games and a Q&A session.

Suho’s debut mini album, Self-Portrait, took the music charts by storm upon its release on March 30. The album topped the iTunes Album Charts of 53 regions, and topped China’s QQ Music and KuGou Music Sales Charts. Moreover, the EXO member took over domestic charts like Hanteo Chart, Shin Nara Records and Yes 24 right away for his first release a soloist.