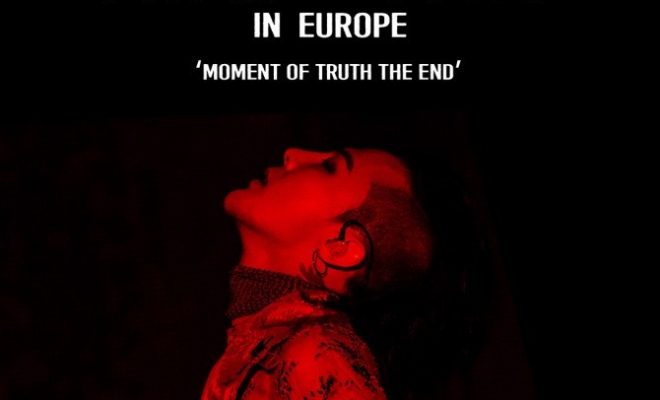 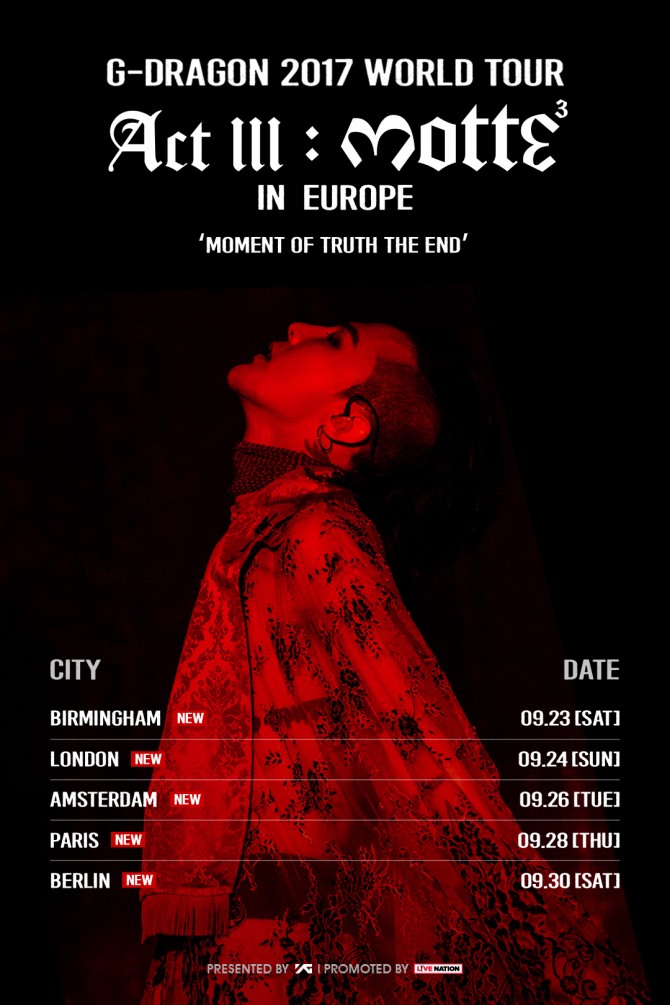 The company explained the reason why some cities in Europe were added to G-Dragon’s list of destinations.

It said: “His upcoming European tour is meaningful in that he will be visiting five major cities in the region. He has also gained huge popularity in European countries by frequently attending global fashion events held in the region.”

In another news, G-Dragon recently wrapped up his two-day concert successfully in Singapore on June 25. The heartthrob will continue to meet fans in Bangkok, Thailand on July 7 and 8.