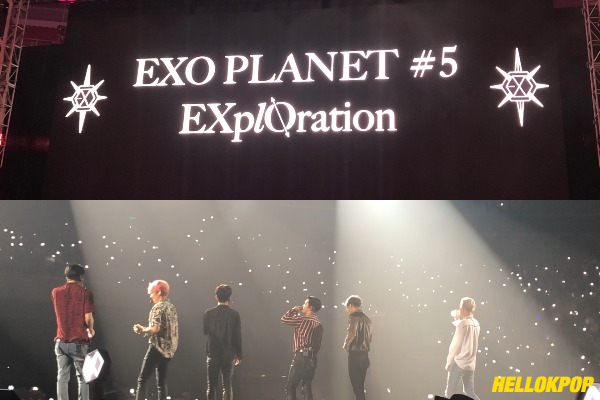 It was a day filled of activities for PH EXO-Ls and a night of extra-mundane performances from EXO.

The second day of EXO Planet #5 – ExplOration in Manila was as successful as its first day, despite the heavy rains. To further drew excitement from EXO’s adoring fans, K-MMUNITY PH powered by Globe, once again gave lucky fans an experience of a lifetime. 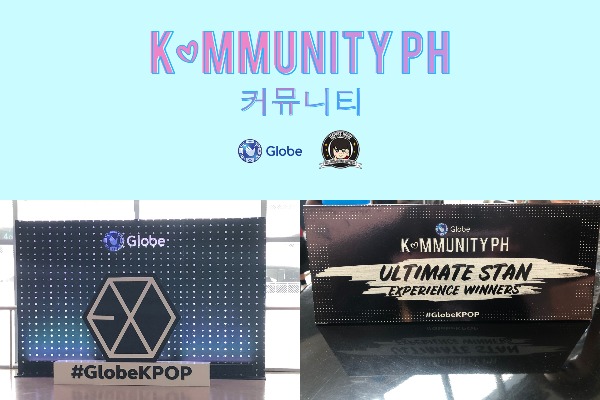 Globe and Happee Hour created K-MMUNITY PH, a Facebook group open to individuals who share the same love for all things Korean (K-Pop, K-Drama, K-Culture and etc.). The group keeps members updated on the latest exclusives, promos, events and even offer first dibs on concert tickets.

READ: A Fangirl Diary: 7 Moments With EXO From “EXplOration” In Manila To Treasure 24/7

Globe and K-MMUNITY PH offered exciting activities to a number of fans ahead of the concert proper on August 24.

Globe and K-MMUNITY PH, launched the Ultimate Stan Search. Now on its second edition, it searched for the ultimate EXO stans and rewarded them with VIP treatment prior to the concert. The Ultimate Stan Search: EXO Edition ran from August 5 to 22 and invited fans to participate in six (6) challenges which represented the boys from EXO. Participants created memes, photos and videos in response to the challenges with #GlobeKPOP and #StanUpTogether hashtags.

Winners of the Ultimate Stan Search got VIP tickets, a guided tour and an exclusive loot bag. 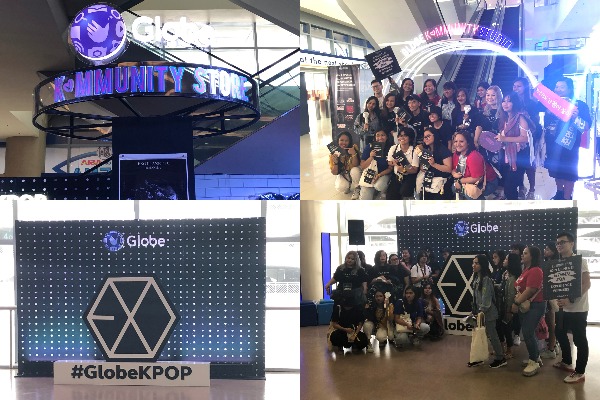 Winners and participants gather at SM Mall of Asia Arena a few hours before the concert on August 24 for the guided tour. YouTube Star AC Mondragon (AC’s Life) met the attendees and hosted the event. Participants were led to the first floor where K-MMUNITY PH Store is located. It gave fans the opportunity to check out or purchase EXO merchandise before everyone else. 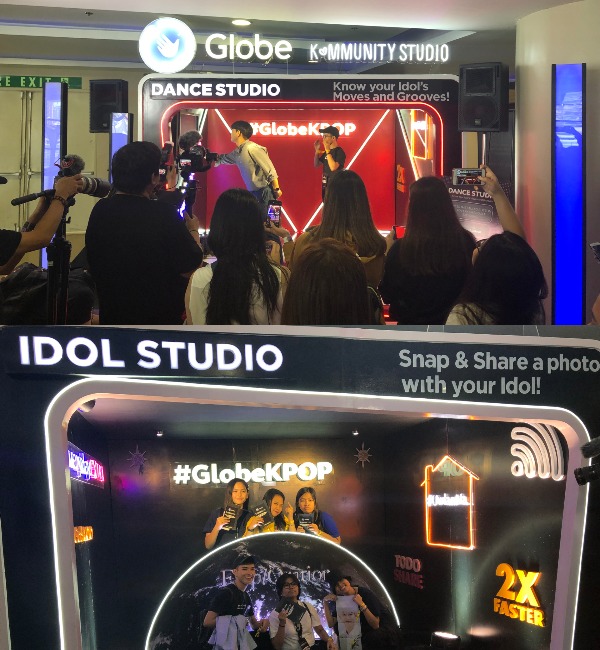 Items included backpack, badges, logo charm and film set, among others. The Eribong (official EXO lightstick), was unfortunately sold out that day. Happee Sy (Happee Hour), who is also known to fans as Inang, took time to greet the members of the tour. She gladly posed for some photos with the tour attendees.

On the second floor, ultimate stans were one step closer to their idols. Several personalized booths in the K-MMUNITY Studio were set up to guarantee top-notch fan experience. First stop was the Dance Studio where fans got to dance with their favorite EXO songs. 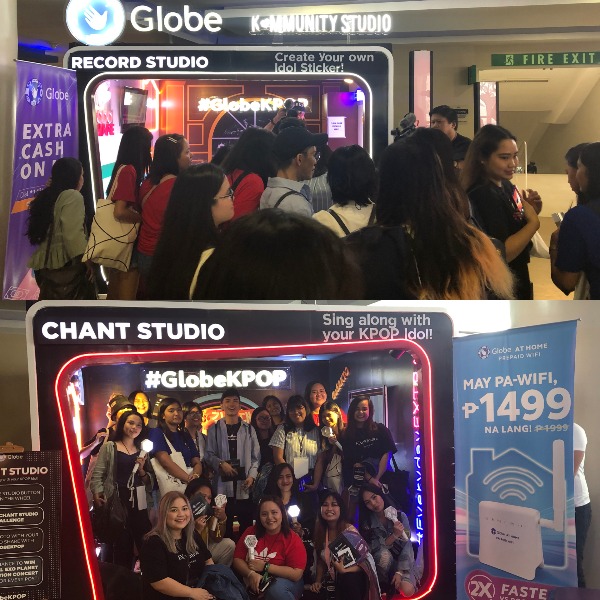 In Idol Studio, the ultimate stans struck a pose with their idols inside the hi-tech booth. Meanwhile in the Record Studio, PH EXO-Ls experienced a do-it-yourself activity as they created personalized stickers. The last booth, Chant Studio, encouraged tour participants to belt their hearts out as they jam to EXO’s addicting tracks.

Finally the moment has arrived as fans gathered inside the Mall of Asia Arena eagerly awaiting EXO. It must be said that the group did not disappoint. Amidst the loud screams, EXO gave outstanding performances one after another, just like the first day. They kicked off the show with “Tempo” and continued to hype up the already frenzied crowd with a string of hits. Fans sang along to tracks such as “Love Shot”, “Monster”, “Power”, “Growl” and “Call Me Baby” to name a few. 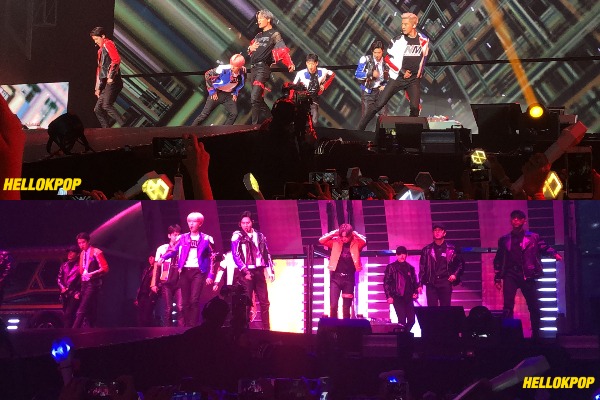 Their unit and individual stages were as mesmerizing as their group performances. Baekhyun dazzled the crowd with his soothing performance of “UN Village”. Suho enthralled the crowd with his dance moves and charismatic stage of “Been Through”. Meanwhile, Chen not only captivated the audience with his soulful voice as he sang “Lights Out”, the beautiful stage set up completely engaged the fans as well. 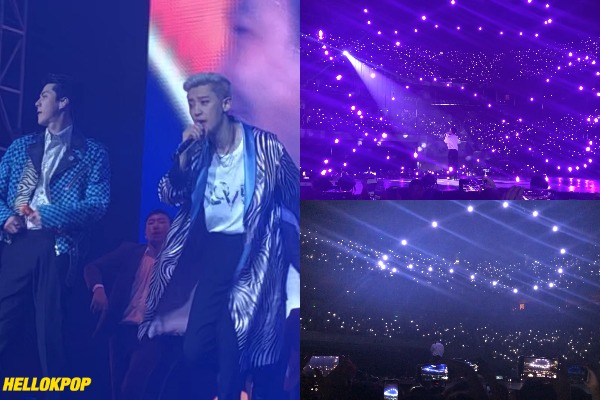 EXO-SC’s Sehun and Chanyeol gave out equally fetching performances of “What a Life” and ‘Closer To You”. Kai’s bewitching “Confession” dance stage made the concert even livelier. Fans could not help but be charmed by his talent.

Fans shed a tear or two during the ‘We are One” VCR. The group expressed their gratitude during their ments and commented about the fans’ energy and enthusiasm. They promised to be back and thank the fans for their never-ending support and for making the two-day concert a resounding success. EXO capped off the night with “Smile on my Face” as they bid their fans goodbye.

Hellokpop would like to thank Globe and K-MMUNITY PH for the tour and concert invites.

FacebookTwitter
SubscribeGoogleWhatsappPinterestDiggRedditStumbleuponVkWeiboPocketTumblrMailMeneameOdnoklassniki
Hellokpop, as an independent Korean entertainment news website (without influence from any agency or corporation), we need your support! If you have enjoyed our work, consider to support us with a one-time or recurring donation from as low as US$5 to keep our site going! Donate securely below via Stripe, Paypal, Apple Pay or Google Wallet.
Related ItemsEXOEXplOration in Manila Day2GlobeK-mmunity PH
← Previous Story Super Junior Marks Concert Stage Comeback With Complete Members Via “Super Show 8”
Next Story → KAMP Singapore Promises 2 Days Of Fun-Filled K-Pop Extravaganza In November