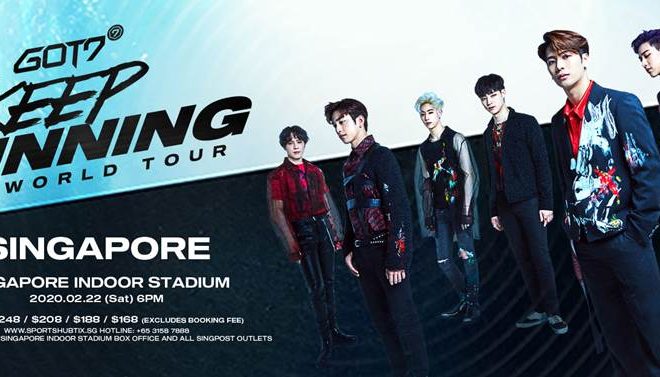 GOT7 Spins Their Way To Singapore With Exciting Concert In February

GOT7 gears up to an explosive music stage for Singapore Fans this February!

The worldwide K-pop sensation GOT7 is set to meet Singapore ahgases on February 22. JB, Mark, BamBam, Jackson, Yugyeom, Jinyoung and Youngjae will bring their “Keep Spinning” world tour at the Singapore Indoor Stadium. 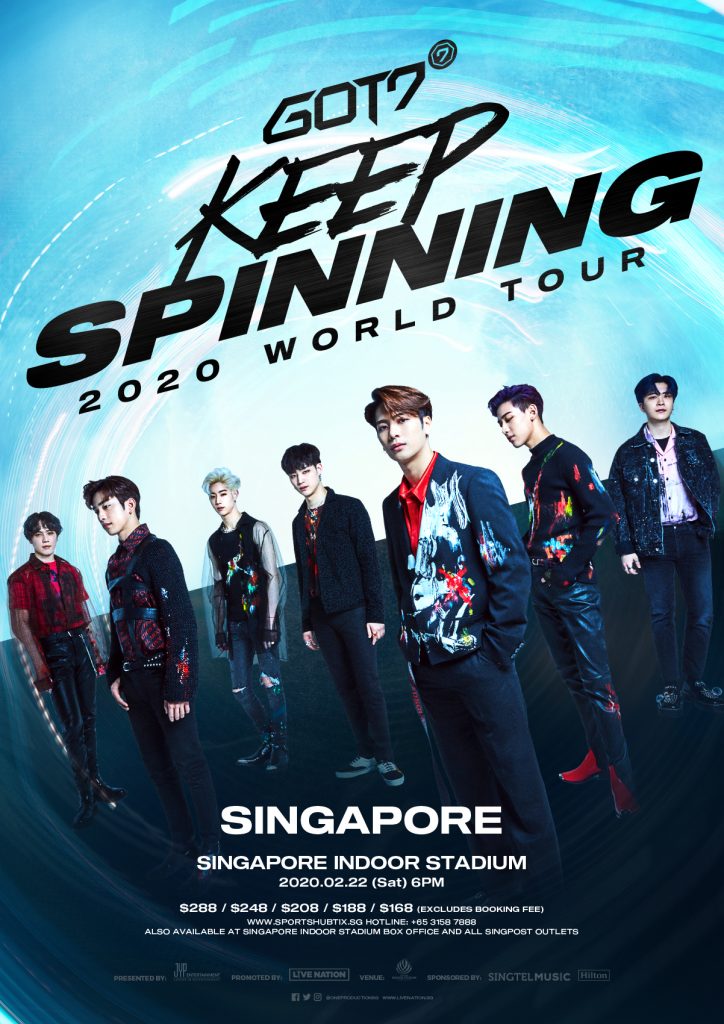 Ready to awe fans with their enthralling music, the group looks forward to the “Keep Spinning World Tour stop in Singapore. 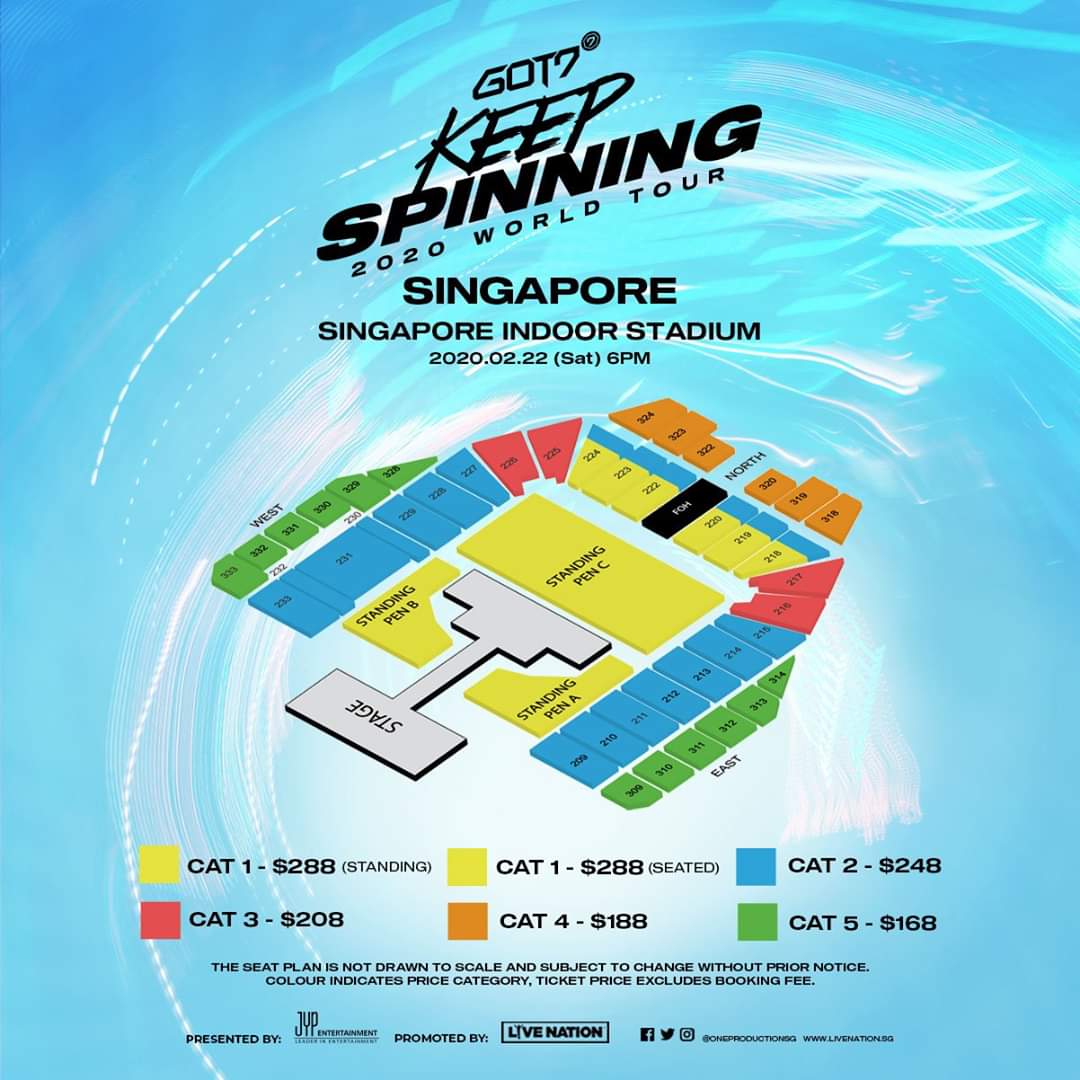 All Cat 1 ticket holders will be entitled to 1 lucky draw chance to paeticipate in the soundcheck event before the show.

Winner announcement and soundcheck event details will be released three days prior to the show. 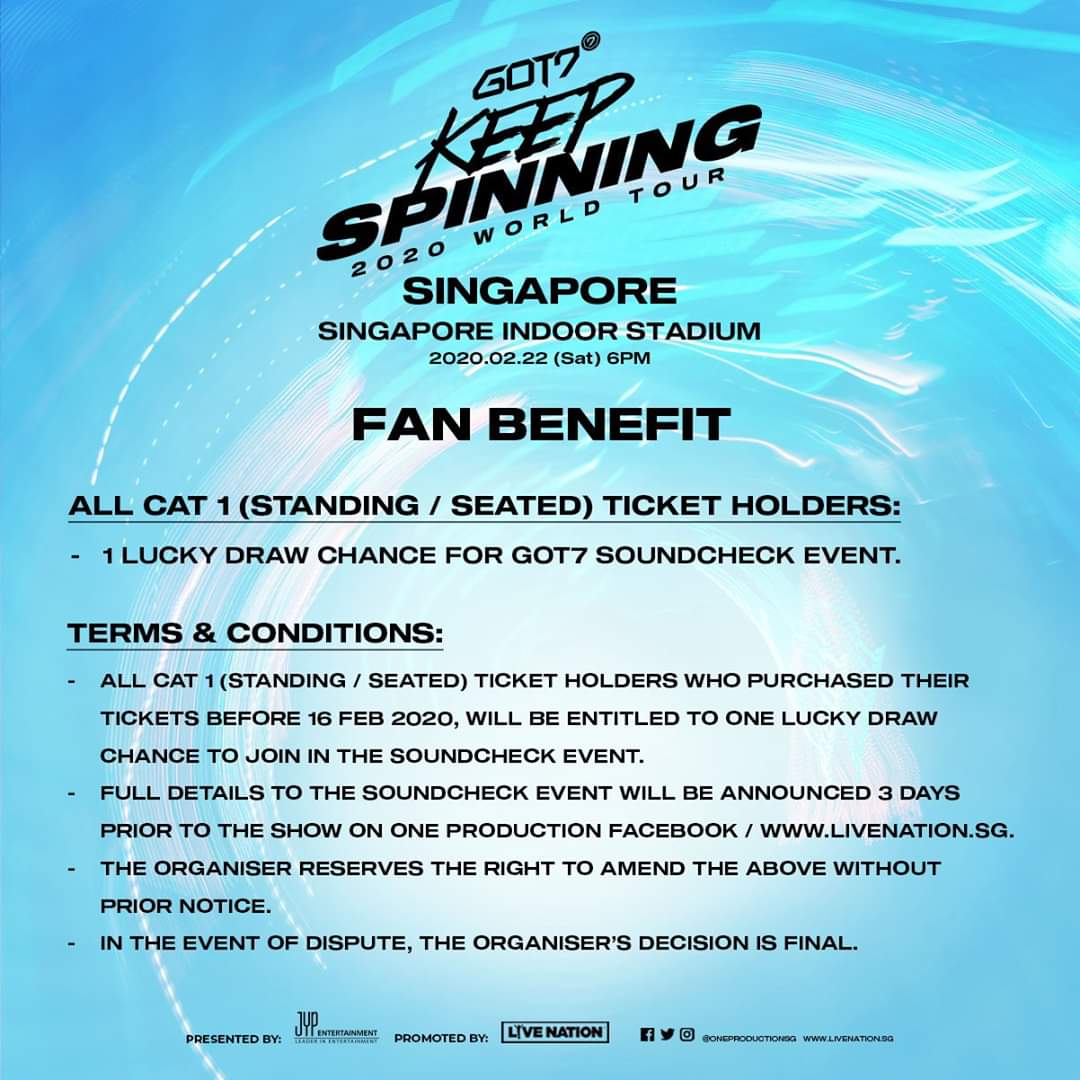 2019 was an awesome year for GOT7. They held sold-out shows in various parts of the world such as in Manila and Bangkok.

Having released their latest EP Spinning Top: Between Security & Insecurity, in May 2019, they kicked off their third world tour “KEEP SPINNING” from Seoul. Thereafter, they visited Los Angeles, Toronto, Sydney, London, Paris to name a few.

After months of touring at the other side of the world, GOT7 is finally coming back to Asia for the second part of their world tour. Starting from Bangkok, the band will make their stops in Singapore, Macau, Kuala Lumpur and Taipei.

The group has managed to completely sell all the tickets to their concert at Thailand’s national and biggest stadium Rajamangdala Stadium.

Moreover, in less than two hours that the tickets went on-sale, the tickets were sold out. Thus, prompting the organizers to add another day.

GOT7’s impact has truly flourished not only in Asia, but in other parts of the world with their sold-out concerts as proof of it.

Flaunting powerful stage presence, Singapore fans can look forward to sing along during the concert with GOT7’s classic hits such as “If You Do”, “Hard Carry”, “Lullaby”, and “Look”.

The boys, of course, will walk SG Ahgases right through the memory lane as they gift fans with nostalgic hits “A” and “Stop Stop It”.