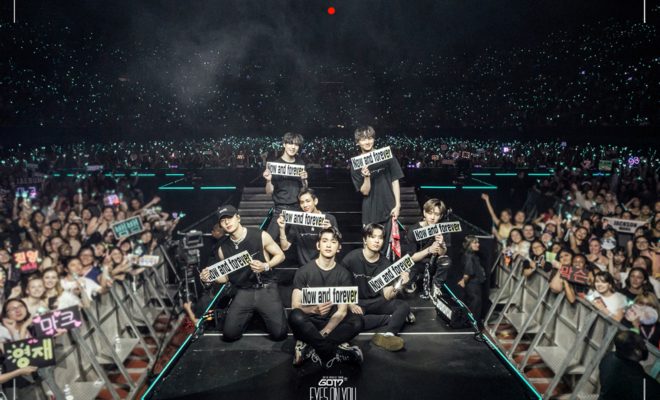 GOT7 continues the successes of its Eyes On You world tour in Canada and US!

South Korean boy group GOT7 successfully completed the first three stops of its 2018 World Tour GOT7: Eyes On You in North America last Sunday.

JB, Jinyoung, Jackson, Mark, Bambam, Yugyeom, and Youngjae gathered a total of 24,000 fans in Toronto, Los Angeles, and Houston from July 3 to 8. The Toronto concert saw 7,000 fans at the Air Canada Centre on July 3. A total of 10,000 fans filled The Forum in Los Angeles on July 6, while 7,000 fans cheered for the boy group at the NRG Arena in Houston on July 8.

See Also: GOT7 Opens “Eyes On You” World Tour With Sold-Out Concerts In Seoul 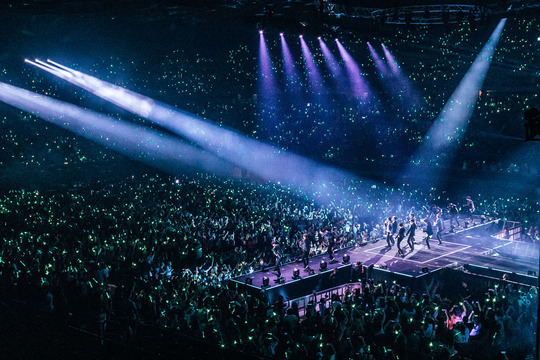 GOT7 did not hold back in treating fans with spectacular and thrilling performances. The boy group heated up the concerts with fired up stages of its hit tracks including “Hard Carry”, “Never Ever”, “You Are”, “Look”, and “If You Do”.

Additionally, various stages were also presented including unit performances featuring the team up of Jinyoung and Bambam, JB, Mark, and Youngjae, and Yugyeom and Jackson. And fans reciprocated the effort and diligence of the boy group with loud cheers and enthusiastic response. 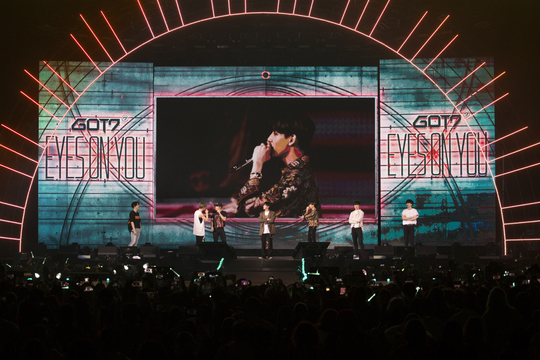 JYP Entertainment’s Park Jin Young showed his support for his artists as he joined the audience in cheering for the boy group in Los Angeles. Moreover, the parents of the members also watched the concert. Mark’s father, Raymond Tuan, shared some photos from the gathering of the families through his Twitter account.

Aside from concerts, GOT7 is further solidifying its global popularity with the help of IGOT7s. Due to fans’ demand, the boy group will be on FOX5’s Good Day New York. 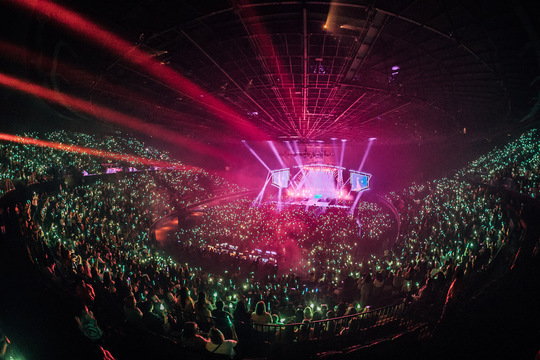 The Eyes On You world tour, which kicked off in Seoul in May, has been an impressive display of the steady growth of GOT7’s popularity. In Bangkok alone, 39,000 fans gathered at the Impact Arena for three nights of concerts. Last June, the boy group brought its world tour in Europe. A total of 24,000 fans watched the concerts in Moscow, Berlin, and Paris.

Read: GOT7 Gathers Over 39,000 Thailand Fans For “Eyes On You” Concert

GOT7 is expected to continue the success of its world tour in the coming weeks. Following Houston, the boy group will perform in new York on July 11 and Mexico City on July 13.

JB, Jinyoung, Jackson, Mark, Bambam, Yugyeom, and Youngjae will then move to South America for their concerts in Buenos Aires and Santiago on July 15 and 17, respectively. They will return to Asia for the Singapore and Hong Kong stops of Eyes On You in August.

We need your support! If you have enjoyed our work, consider to support us with a one-time or recurring donation from as low as $5 to keep our site going! Donate securely below via Stripe, Paypal, Apple Pay or Google Wallet.
FacebookTwitter
SubscribeGoogleWhatsappPinterestDiggRedditStumbleuponVkWeiboPocketTumblrMailMeneameOdnoklassniki
Related ItemsEyes on you world tourGOT7
← Previous Story Yoona Concludes Bangkok Fan Meeting, Prepares for New Movie
Next Story → WANNA ONE, Pentagon & Sunmi’s Episode of “M! Countdown in Taipei” Airs on July 12