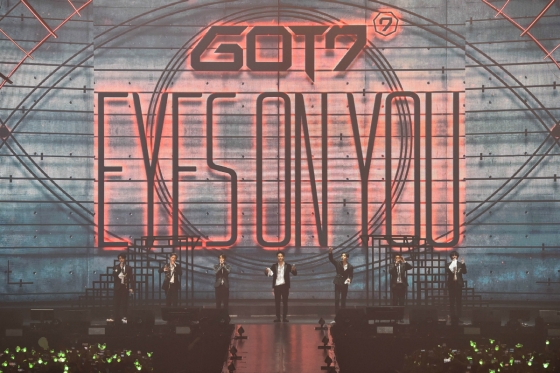 GOT7 Gathers Over 39,000 Thailand Fans For “Eyes On You” Concert

K-pop idol group GOT7 gifted Thai fans with fiery performances for its first overseas concert of the group’s Eyes On You world tour.

JB, Jinyoung, Jackson, Mark, Youngjae, Yugyeom, and BamBam drew in about 13,000 crowd each night for the first leg of 2018 GOT7 EYES ON YOU WORLD TOUR held at the Impact Arena in Bangkok from November 11-13.

GOT7 filled up over 3 hours and 30 minutes of explosive performances to the cheering audience who were intoxicated by the group’s pumped up stage.

The K-pop idols paraded their popular hits such as “Hard Carry”, “Look”, “You Are”, and “Never Ever”.

Prior to the concert, about 2,000 fans convened at Suvarnabhumi Airport in Thailand to greet their beloved idols. The local event also created a buzz on Thailand’s Twitter real-time trend during the show. 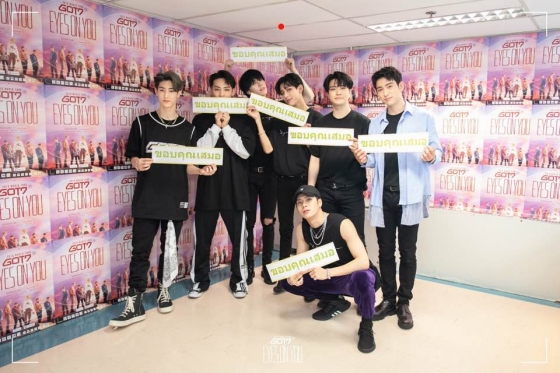 In 2017, GOT7 was the first K-Pop group to have toured in four cities of the country including Korat, Chiang Mai, Bangkok and Phuket. Less than a year from their last visit, the enthused fans pour in endless support for the JYP Entertainment’s boy group.

GOT7 is set to make the world tour second stop at Venetian Hotel Cotai Arena in Macau on June 2. 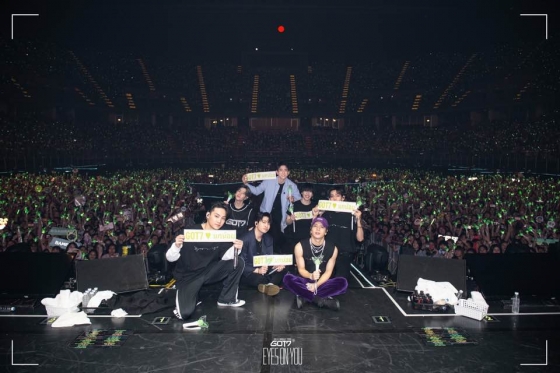