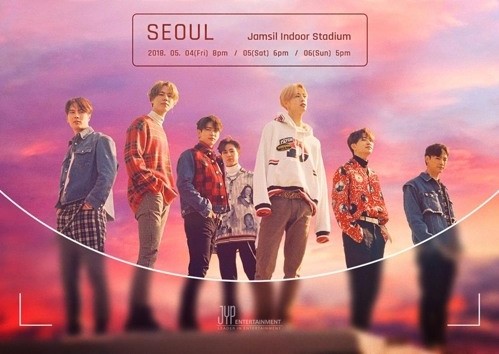 GOT7 boys are about to get the chance to meet their fans around the world.

On March 19, GOT7‘s agency JYP Entertainment made a statement to inform the group’s plan for its coming world tour titled 2018 World Tour Eyes On You.

The boys are scheduled to kick off their tour by holding concerts at Jamsil Gymnasium in Seoul on three consecutive days, which are May 4, 5, and 6. 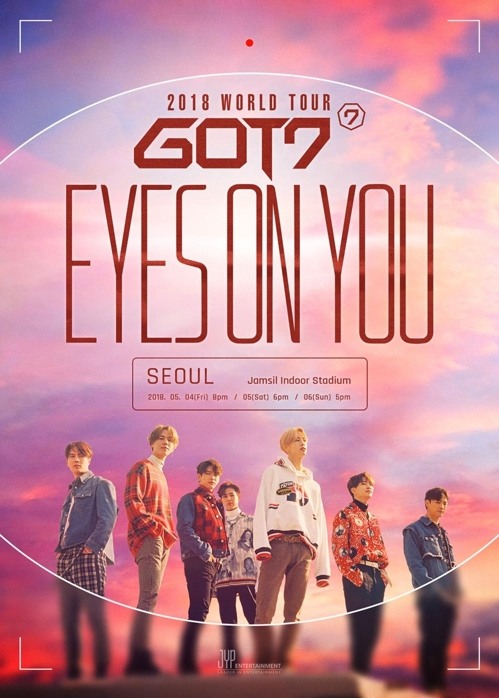 In related news, GOT7 recently marked its comeback by dropping a new album dubbed Eyes On You. Right after its release, the song secured the top position on iTunes Charts of 20 countries worldwide.

21
SHARES
FacebookTwitter
SubscribeGoogleWhatsappPinterestDiggRedditStumbleuponVkWeiboPocketTumblrMailMeneameOdnoklassniki
Related ItemsEyes on YouGOT7GOT7 2018 World Tour Eyes On You
← Previous Story K-Pop Star Amber Is Coming To Canada In May 2018!
Next Story → Oh My Girl To Hold First Fan Concert In Hong Kong