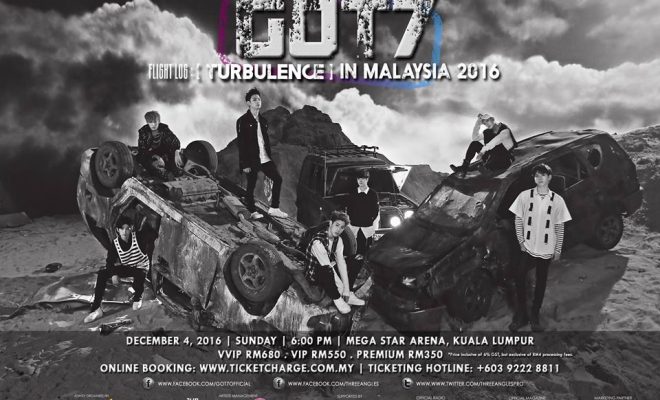 GOT7 To Cause ‘Turbulence’ In Malaysia And Philippines Soon

Lock in your seat belts and be ready to fly with GOT7!

Korean boy group GOT7 is set to land in Malaysia and the Philippines for its ‘Flight Log; Turbulence’ tour in December.

JB, Jinyoung, Mark, Jackson, Bambam, Yugyeom and Youngjae are scheduled to captivate the hearts of IGOT7s in Kuala Lumpur, Cebu and Manila on December 4, 21, and 23 respectively. 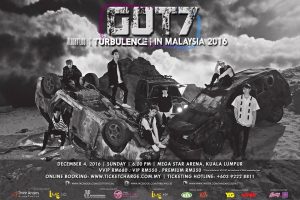 The Malaysia leg of the tour will be held at Mega Star Arena, Kuala Lumpur at 6 p.m.

Ticket prices range from RM 350 to RM 680 (inclusive of 6% GST, but exclusive of RM 4 processing fee). VVIP ticket holders will be entitled to either a photo opportunity (15 persons per photo) or a ‘hello pass’ (to receive an autographed poster from a member of GOT7) after the show. 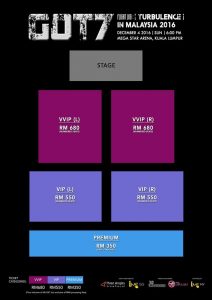 Ticket launch for the Malaysia leg is on November 6 at Tropicana City Mall from 10 a.m. to 3 p.m. Fans who purchase onsite tickets at the ticket launch will receive an official show poster. Posters are available until supplies last. Online ticket sales will begin on November 6 at 3 p.m. 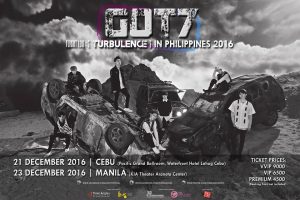 GOT7 to visit Philippines in December 21 and 23. (Credit tp Three Angles Production)

The Philippine leg of the tour, on the one hand, will be held in two cities – Cebu and Manila.

GOT7’s concert in Cebu will be at the Pacific Grand Ballroom, Waterfront Hotel on December 21. This will mark the first ever concert of the group outside the capital city of the Philippines.

KIA Theater, Araneta Center will serve as the venue for the group’s third visit of in Manila on December 23.

Full details for the Flight Log: Turbulence in the Philippines 2016 are yet to be announced.

GOT7 recently released its second studio album, Flight Log: Turbulence. The septet also star in their own reality show, Hard Carry, which airs every Monday at 7 p.m. on M2‘s channel of Naver’s TVCast.