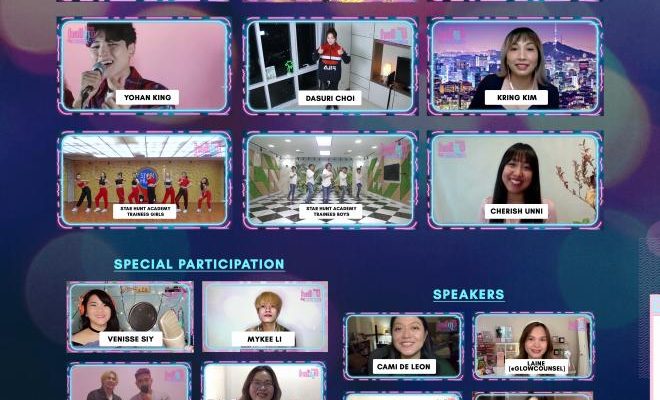 Two Saturday nights were filled with the right blend of K-pop, K-Drama, K-Travel, K-Beauty, and K-Culture! 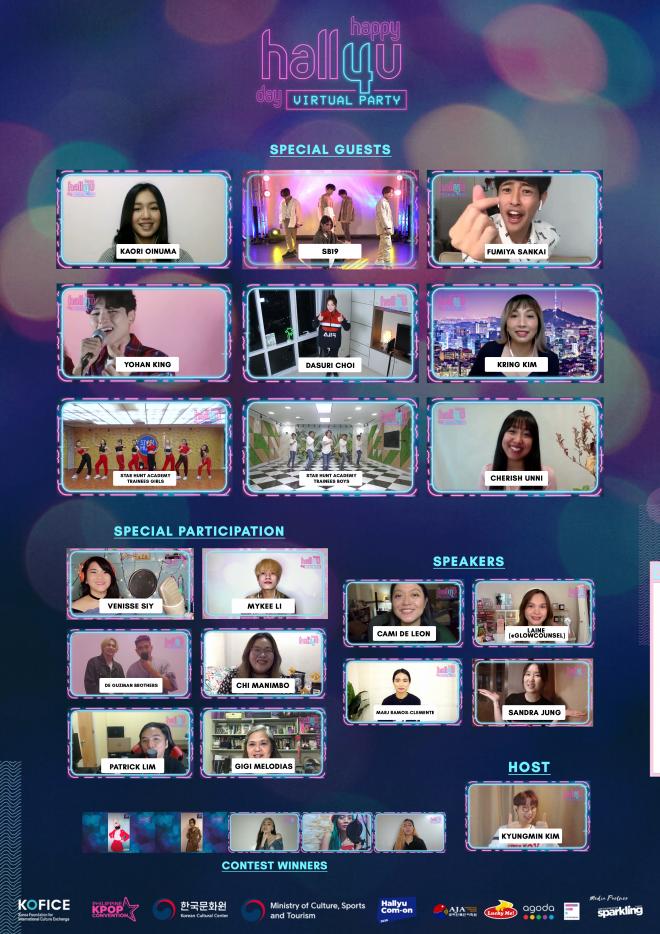 More than two hours per night were dedicated to Korean Wave talks, entertainment, and giveaways. The event officially announced the contest winners for K-Celebrity Kosplay, New Normal K-Fashion, and K-Singing. The viewers were also able to interact through games and got the chance to win Hallyu packages.

Setting the K-Hiphop and K-Drama mood were the opening performances from the admired local talents – the De Guzman Brothers, Mykee Li, and Venisse Siy.

The talks consisted of Cami de Leon’s fun lesson in Korean words commonly used in online messaging and fangirling. Laine of @glowcounsel gave tips on getting that glow up before going on online classes or meetings, Sandra Jung became a cook and taught us the benefits of Kimchi, and Marj Ramos-Clemente recommended her K-drama travel spots to visit after the pandemic.

Good friends, Cherish Unni and Kring Kim, shared their passion for K-pop and the Korean culture. That eventually led them to establish their careers in the Korean industry as a sought out Filipina actress in Korea and as a premiere Korean entertainment MC and content creator.

The Star Hunt Academy trainees brought in their performing skills as the boys danced to SEVENTEEN, EXO, and BTS tracks. Meanwhile, the girls performed Red Velvet, TWICE, and BLACKPINK hits. They also prepared a mini-interview for people to get to know more about them.

‘Oppa Heartthrob’, Yohan King, serenaded the audience with a K-drama song cover and his original song, “Oppa”. Moreover, he shared his love for the Philippines and appreciation for the Hallyu enthusiasts.

Closing the two-part show was an interview with the award-winning P-pop group, SB19. The group performed their latest songs “Hanggang Sa Huli” and “Love Goes” from their newly-released first album.

With the postponement of the 11th Philippine Kpop Convention and the uncertainty on when any live events is going to happen again, Happy Hallyu Day 4: A Virtual Party was a spark for PKCI to continue to create events for the Hallyu enthusiasts, especially K-pop.

All segments and performances are now officially up on Philippine Kpop Convention Inc. YouTube channel in which will soon be containing more K-pop related content.