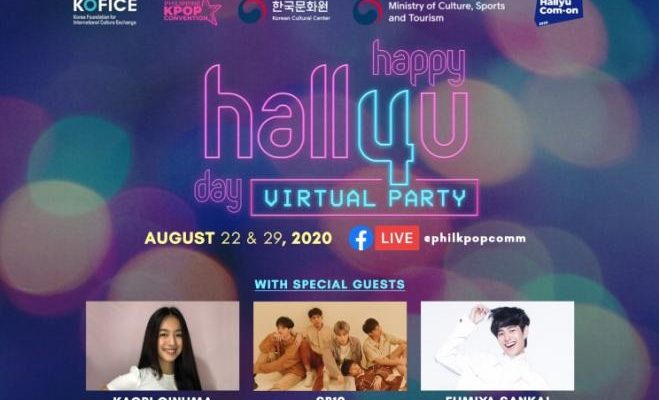 Philippine Kpop Convention Inc. is giving all Korean culture enthusiasts the VIP seats on Happy Hallyu Day 4: A Virtual Party right in the comfort of their own home!

HAPPY HALLYU DAY 4 is a two-part virtual party for all K-enthusiasts. Its fourth installment will feature everything Hallyu (Korean Wave). The festivities will go online this year for everyone’s safety amid the pandemic. 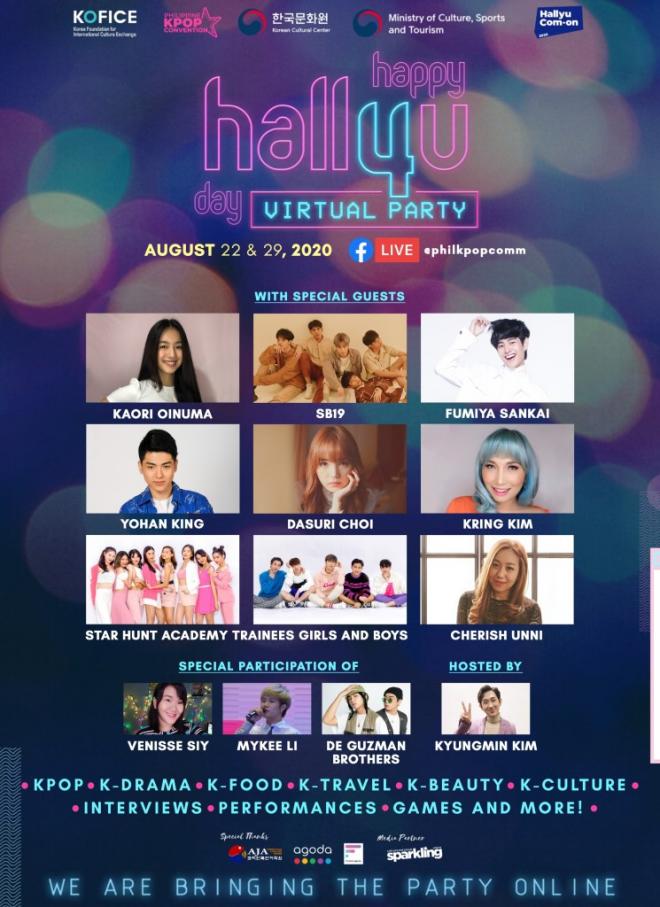 Admired in the local K-Pop community, Venisse Siy and Mykee Li prepared a soulful medley while the De Guzman Brothers will give their mix of K-Hiphop and K-Pop performances.

Filipina personality Cherish Unni who appeared in Korean dramas and films including Dr. Romantic 2, My Little Hero, and Missing, will share her experiences as an actress in Korea.

Slated to debut soon, a five-member boy group and an eight-member girl group known as the Star Hunt Academy Trainees will showcase their talents in singing, rapping, and dancing in the K-community.

A Koreanophile for 17 years, Kring Kim will talk about how being a Hallyu fan has helped her as an on-cam talent, content creator, and director.

K-Pop Dance Diva, Dasuri Choi, is all set with her powerful moves and a quick K-Pop dance tutorial. ABS-CBN’s I Love OPM Grand Champion and ‘Oppa Heartthrob’ Yohan King is ready to serenade everyone with his charms.

The award-winning boy group SB19 will once again grace the event to perform their latest songs, plus share their journey from starting with K-Pop covers to being P-Pop idols.

Completing the Hallyu fix are the speakers’ segments that will talk about Hangul in the digital world, must Visit K-Drama locations, latest K-Beauty tips, and easy Korean comfort food and its health benefits. ‘OG’ Hallyu fans were also invited to share their fandom stories.

Watch out for the nightly pre-event show via Facebook from August 17 to 21 and August 24 to 28, which will feature K-Pop Fan clubs’ projects and different talents from all over the country to serve as their online open stage.

Winners from the K-Fashion, K-Singing, and K- Celeb Kosplay contests will be officially announced on the event days.

This is another first for the Philippine Kpop Convention Inc. team to continue to connect to the Hallyu fans, especially the K-Pop fan girls and fan boys.