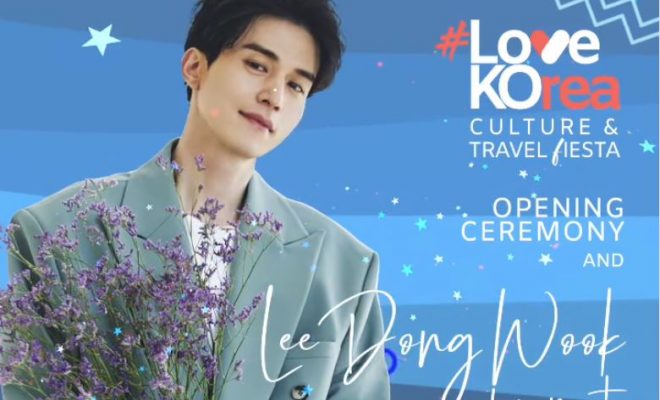 Manila, Lee Dong Wook is coming for you!

On September 23, the Korea Tourism Organization Manila Office announced that Korean superstar Lee Dong Wook will grace the #LoveKOrea Culture and Travel Fiesta. Happening on October 5, fans are in for a very special treat for all K-drama and K-pop lovers alike. 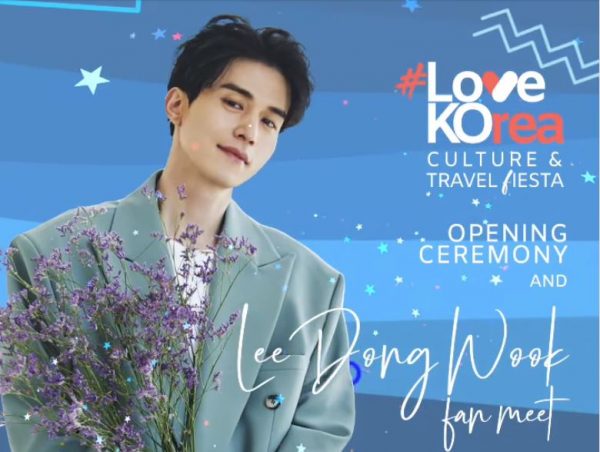 The best part of this very special fan meeting is that it’s all for free! However, there are 100 lucky winners who will have the chance to grab a seat nearest to the man himself! To enter the raffle, fans must take a 10-question quiz. Simply log onto their website and take the quiz! Once they’ve passed the quiz, there will be another prompt to enter their personal information. Once completed, simply wait for the announcement if you could be one of the lucky 100 winners!

Get Ready for the “Grim Reaper’s” return! Lee Dong Wook is coming back to Manila for the #LoveKOrea Culture & Travel Fiesta. Join us in welcoming one of Korea’s Leading Drama Wonders on October 5, 3 PM at the SM Megamall Fashion Hall, this is in celebration of the 70th Anniversary of Korea – Philippines Diplomatic Relations.Admission is FREE and is open to all the fans. Ticket details for limited seats will be revealed today.#LeeDongWookInManila#LoveKOrea#KTOManila

One of Korea’s hottest leading man

For those wondering, Lee Dong Wook debuted in 1999 and he is one of Korea’s sought-after leading men. Best known for his role in the 2016 fantasy drama Goblin, Lee has starred in several dramas prior to landing the role. He gained stardom in the 2005 romantic comedy hit My Girl opposite Lee Da Hae.

He then proceeded to play roles in dramas of various genres such as dark melodrama Bitter Sweet Life (2008), melodrama Scent of a Woman (2011) with Kim Sun Ah, the 2012 baseball romcom Wild Romance and revenge drama Hotel King (2014), among others.

Apart from acting, the actor also dabbled into hosting and starring in variety programs. He became one of the MCs of Strong Heart and a cast member of the show Roommate. His  latest works include the romantic comedy Touch Your Heart and the currently airing OCN psychological thriller Hell is Other People. He was also the host of Mnet’s Produce X 101.

Registration for tickets will be open until September 26, 2019. Even if participants didn’t win, they are still welcome to join the #LoveKOrea Culture and Travel Fiesta. Follow the Korea Tourism Organization Manila Office Facebook page for more details.