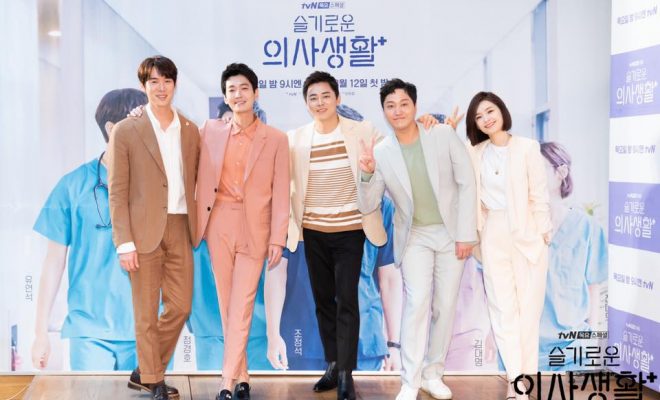 “Hospital Playlist” Cast Attends Press Conference Ahead Of Its Premiere

Set to air on tvN and Netflix, the medical drama is preparing to warm viewers’ hearts.

Hospital Playlist is gearing up for its first broadcast and to start things off, the cast and director met up with the media to talk about the drama. On March 10, Director Shin Won Ho and stars Jo Jung Suk, Jung Kyung Ho, Yoo Yeon Seok, Jeon Mi Do and Kim Dae Myung were present in the press conference held in Seoul. 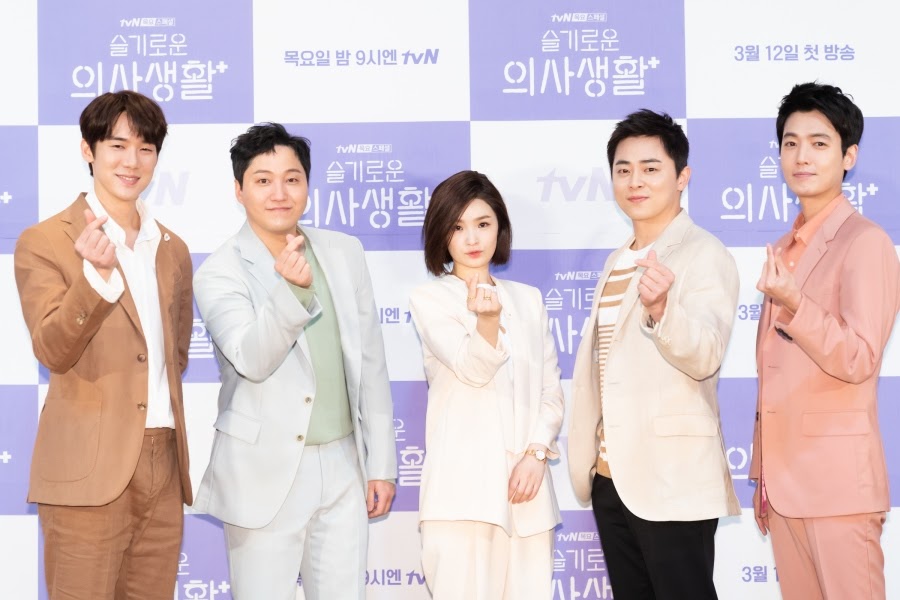 The drama follows the stories of five doctors who became friends since they attended medical school 20 years ago. Working in the same hospital, the five friends gain life experiences as they encounter and see people go about their day-to-day lives, dying or just passing through their place of work. 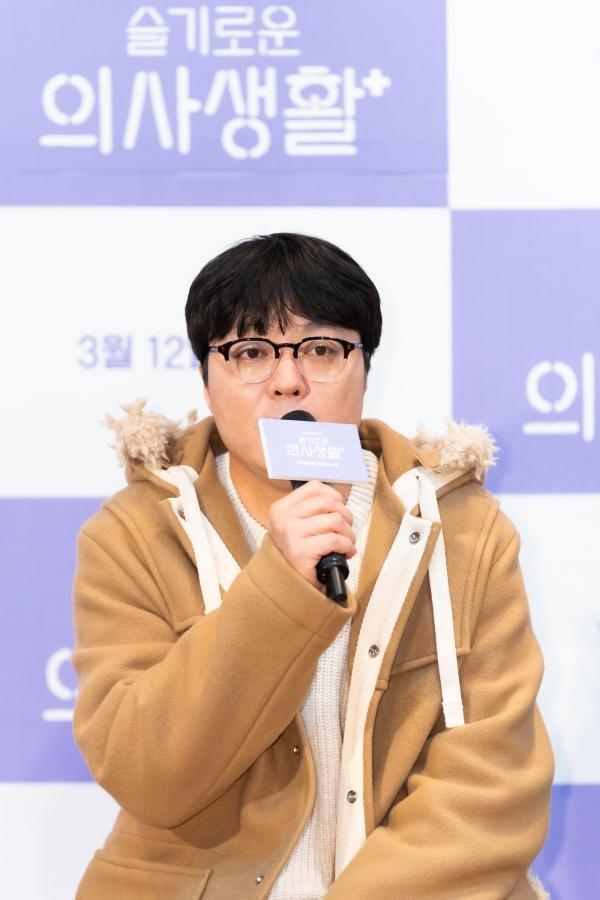 Taking on the lead roles are Jo Jung Suk, Jung Kyung Ho, Yoo Yeon Seok, Jeon Mi Do and Kim Dae Myung. Playing Ik Joon, a Gastroenterologist, Jo Jung Suk’s character is described as “optimistic, doesn’t lack anything and is charming”. The actor also said, “Even though I act as Ik Joon, he’s a character who makes you wonder what he is thinking.” 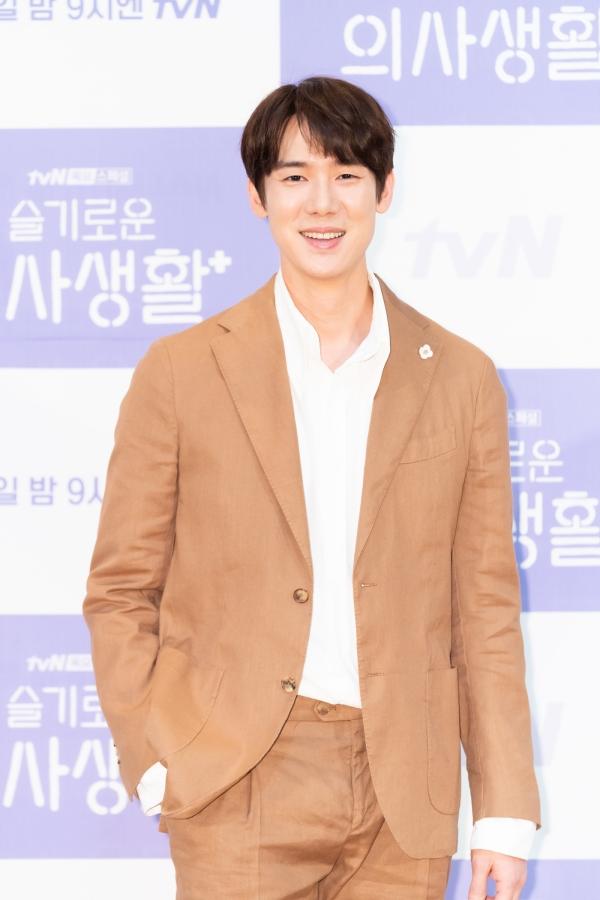 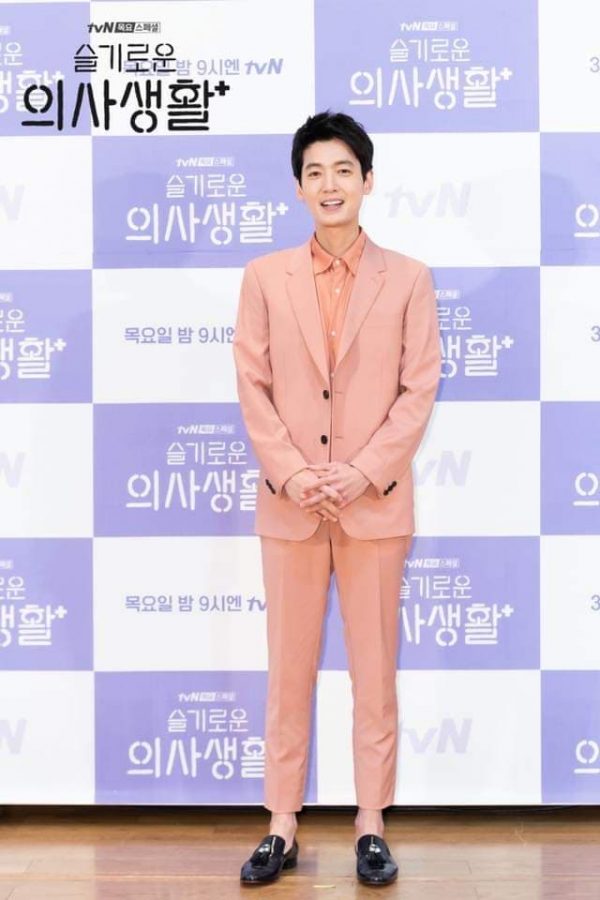 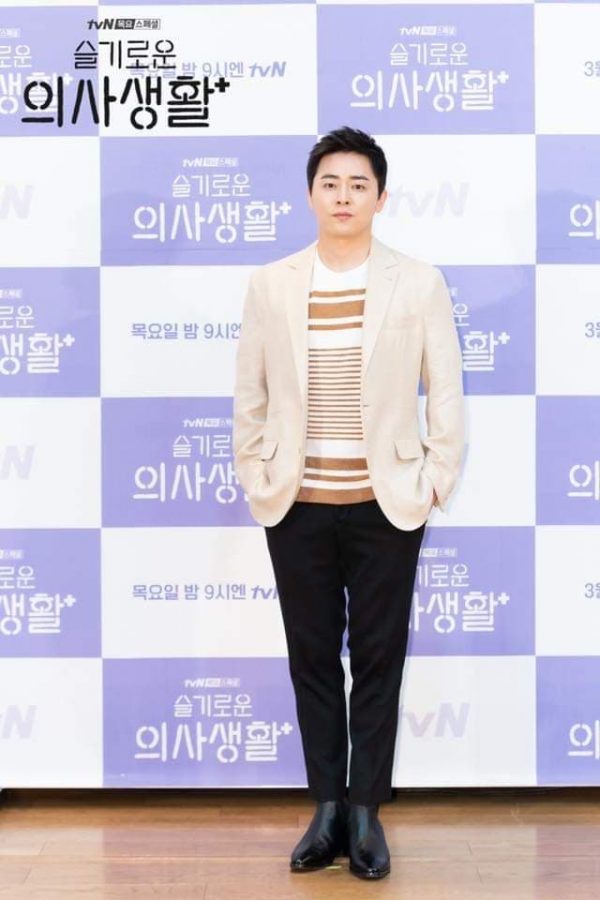 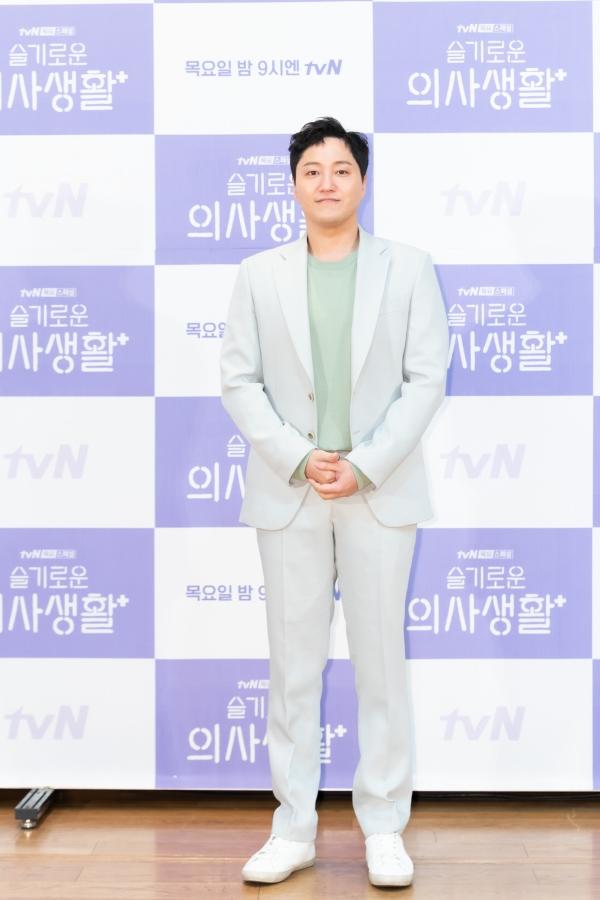 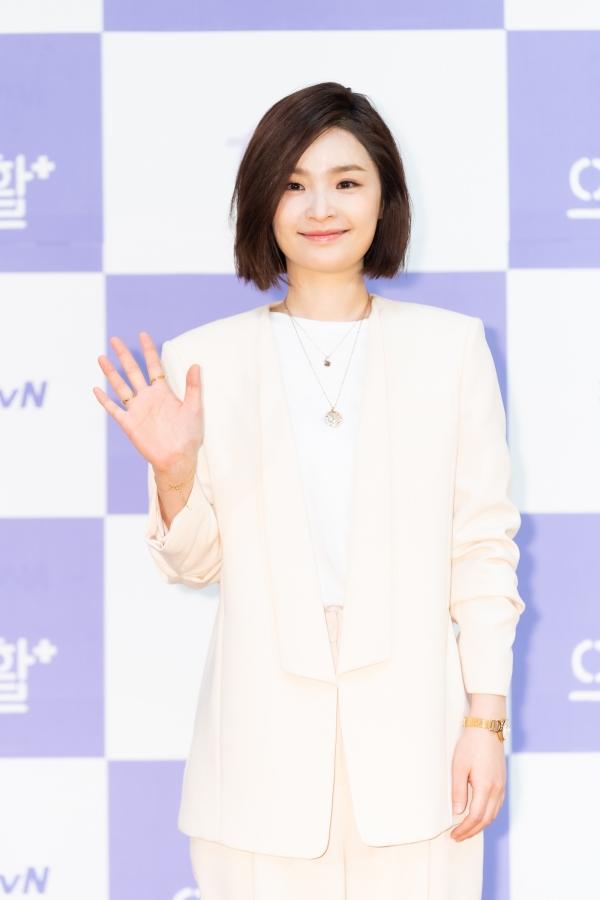 Jung Kyung Ho admitted that he is having fun playing Thoracic Surgeon Joon Wan as the character is different from him. Actress Jeon Mi Do is portraying the role of Neurosurgeon Song Hwa. She defined her character as “a calm and strong female amongst the male doctors who have forceful personalities.”

Meanwhile, Yoo Yeon Seok will take on the role of Pediatric Surgeon Jung Won. He said, “Jung Won cares for his patients like they’re his own children. However, he’s sensitive and flippant towards his long-time friends.” Rounding up the cast is Kim Dae Myung playing the character of Seok Hyung, a Gynecologist who is “timid, but joyful in his own way.” 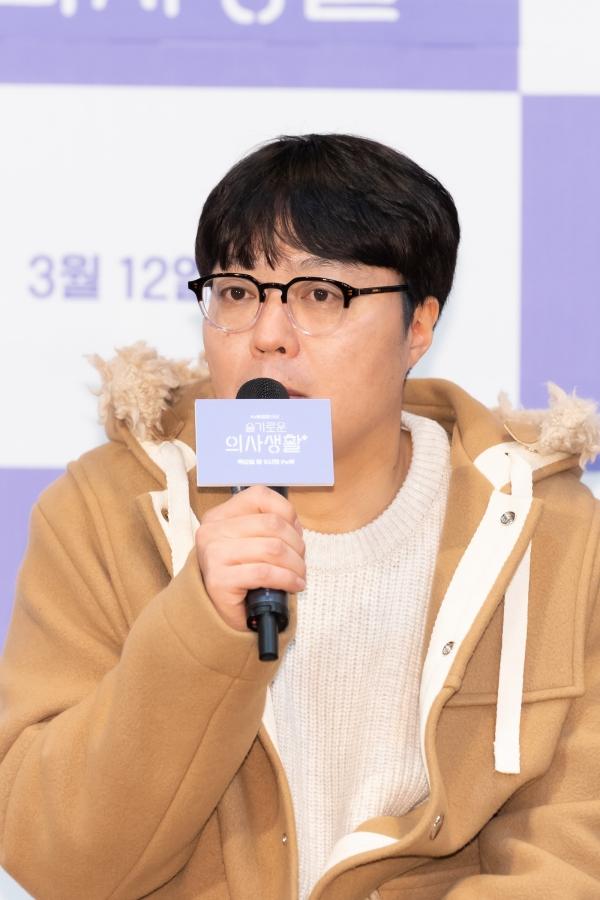 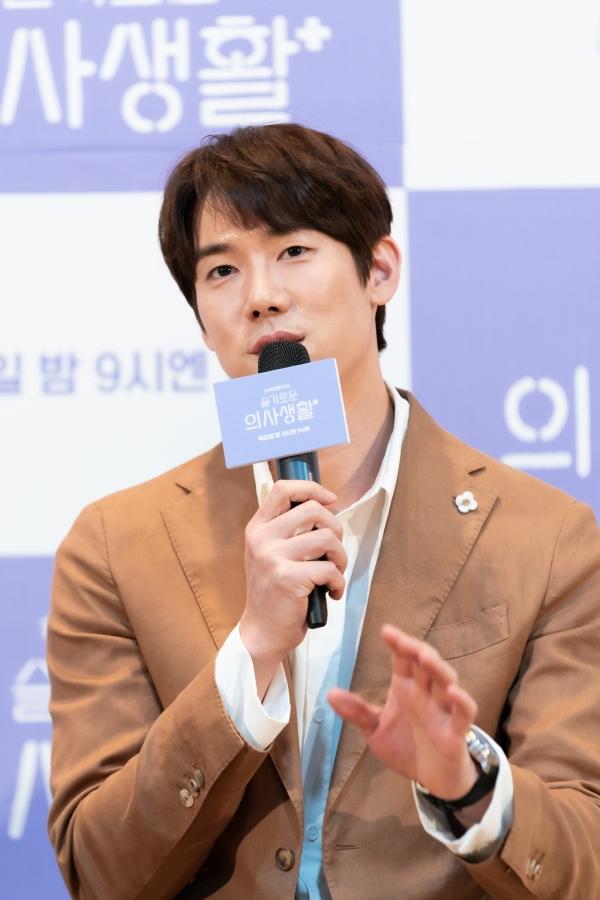 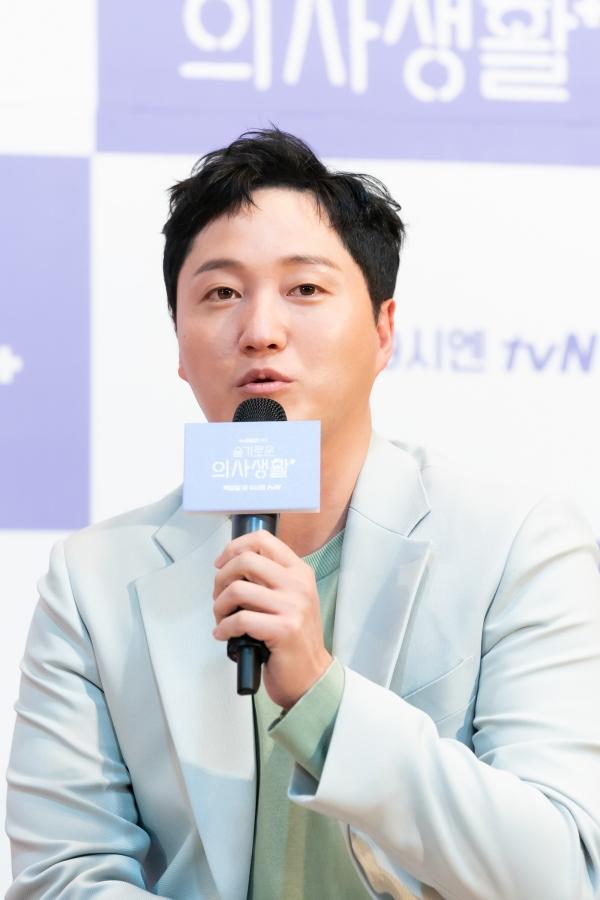 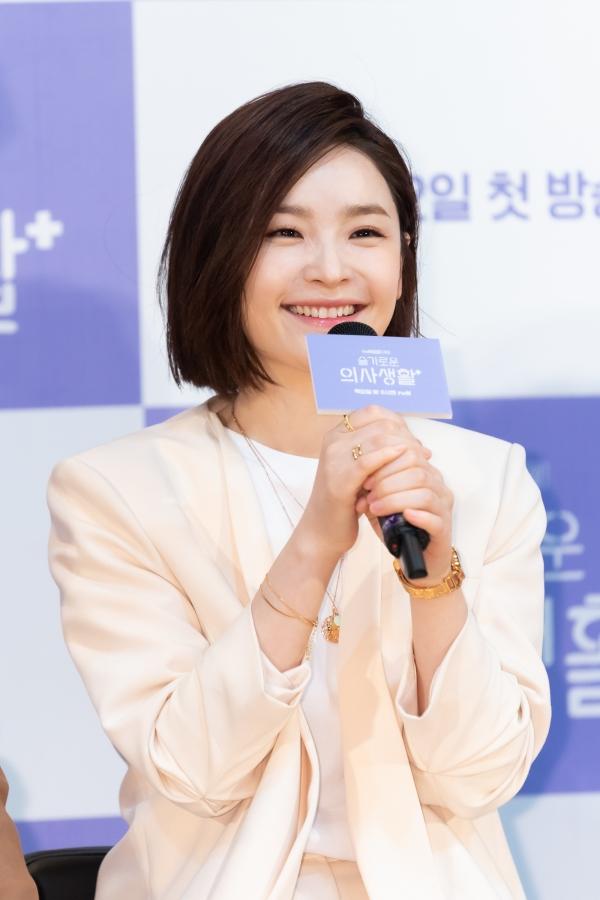 The actors shared that in preparation for their respective roles, they met and learn from real doctors. They also watched documentaries and medical dramas. Jo Kyung Ho also revealed that he went to see a liver surgery in person. As for Yoo Yeon Seok he learned how to do proper CPR on children and used a metronome to practice.

The cast’s great chemistry and good working relationship are highlighted in the stories they shared about the casting process. They also divulged that they enjoy a family-like atmosphere on set. 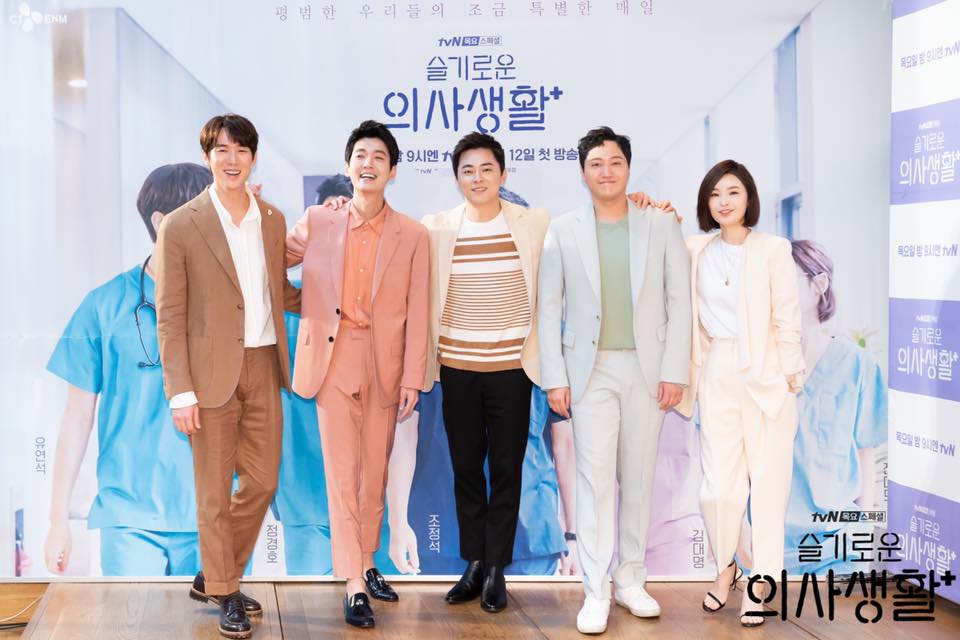 Kim Dae Myung said, “Whenever someone asks me who I’m close to in interviews, it’s hard to answer because they might not think we’re close. But this time, I gained friends I can say I am close to without any hesitation. I hope viewers can also think of us as friends and be our friends.”

Jo Jung-suk complemented this and said, “I had such a great time filming. We have fun and really enjoy the process while filming. I think that helps us show our chemistry naturally.”

Hospital Playlist is written by Lee Woo Jung (Reply series) and will first air via tvN on March 12 at 9PM KST. The drama will have its Netflix premiere on the same day 1030PM, with new episodes added every Thursday.

Check out more press conference images in the gallery below: 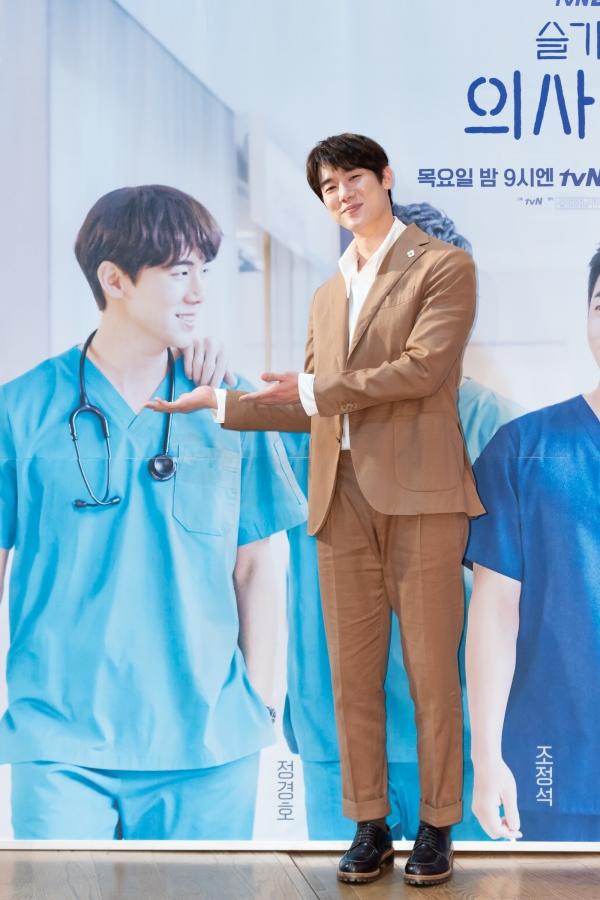 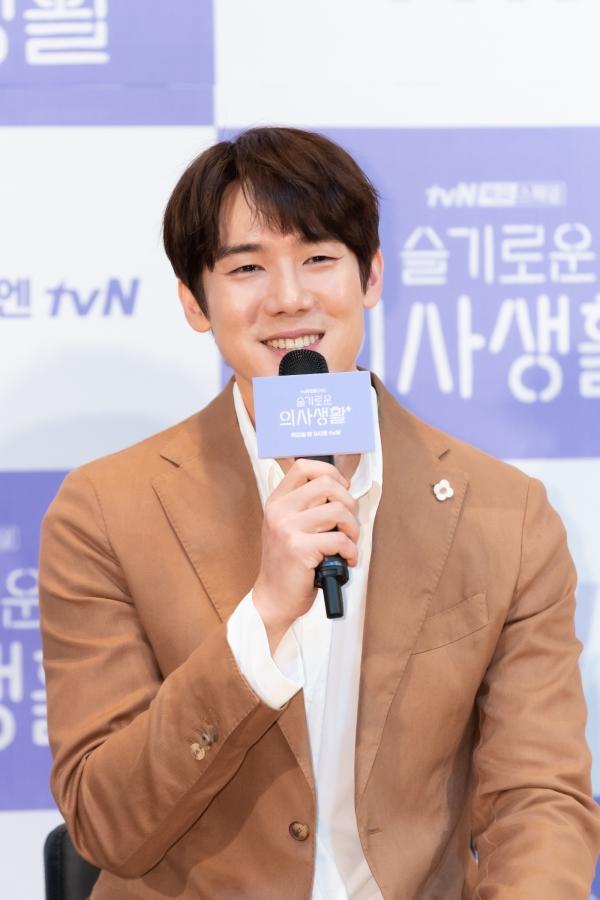 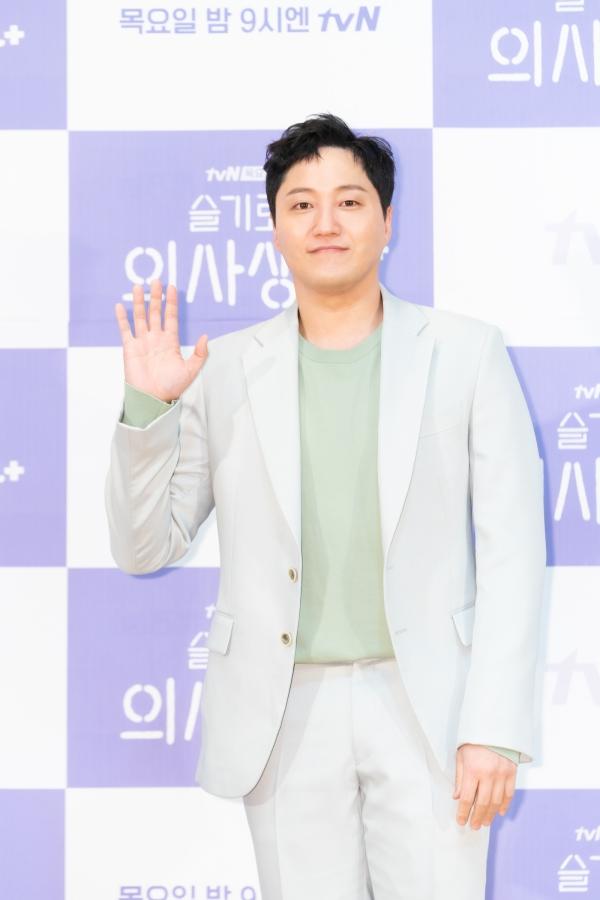 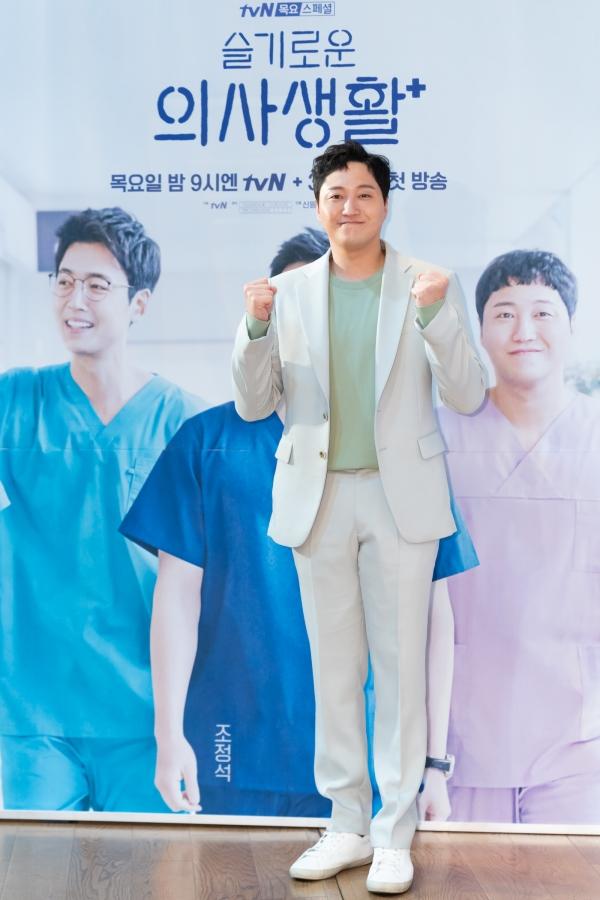 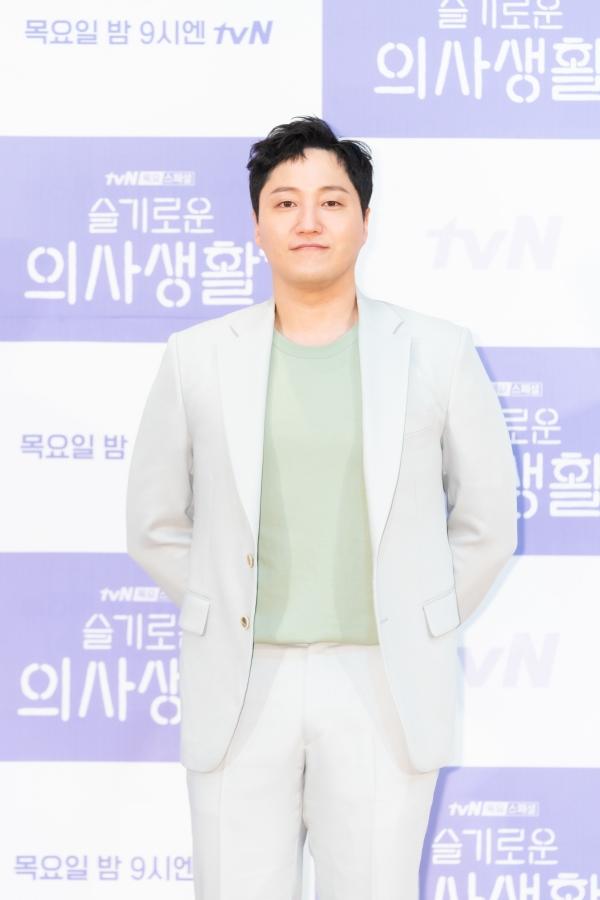 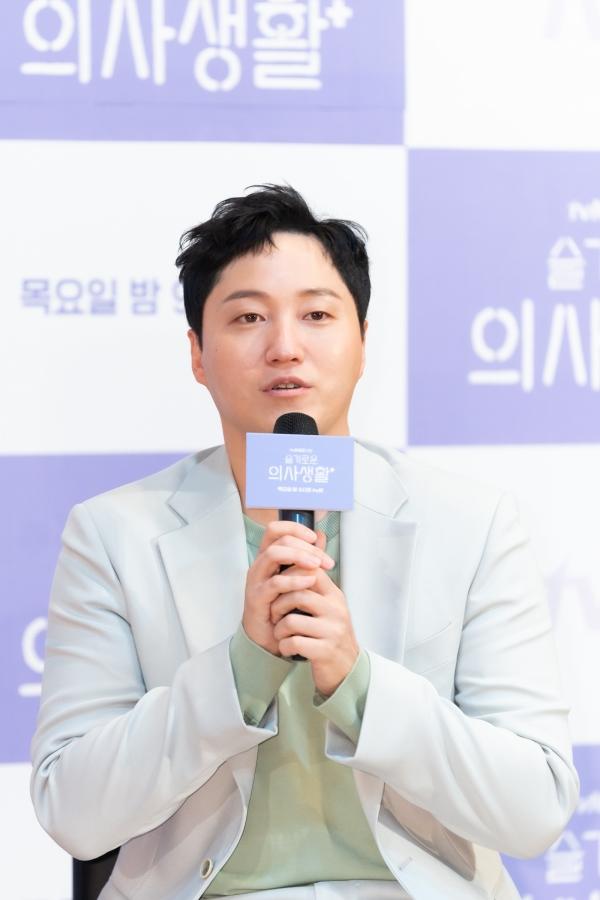 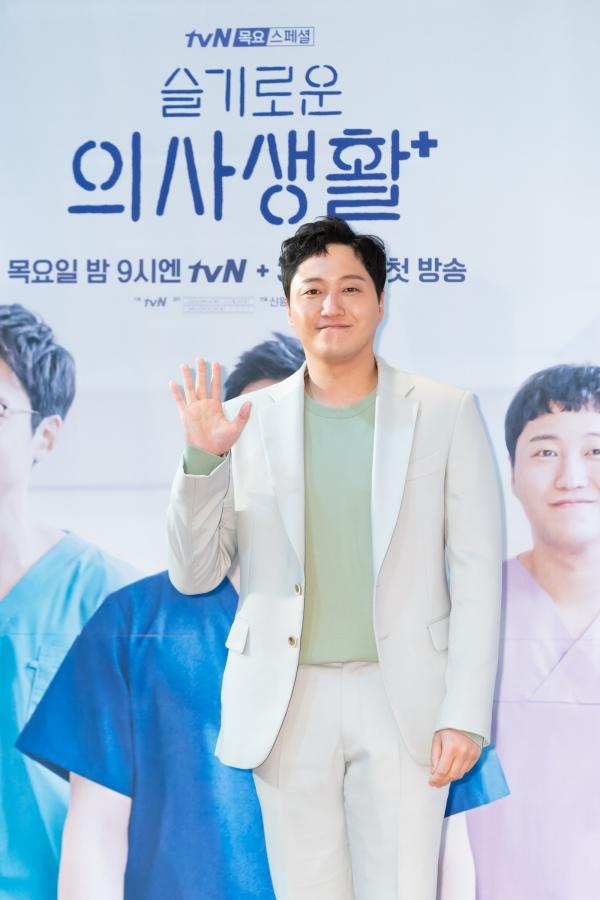 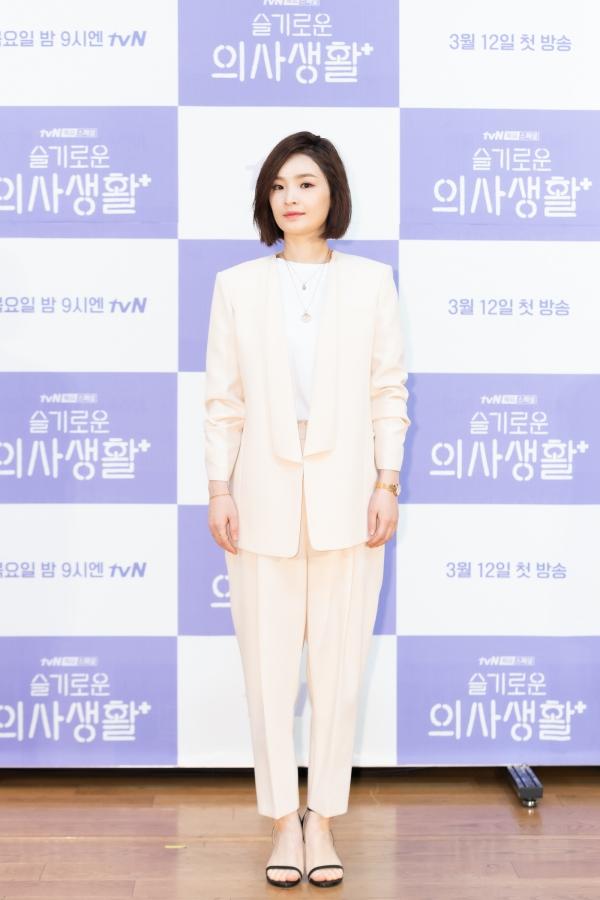 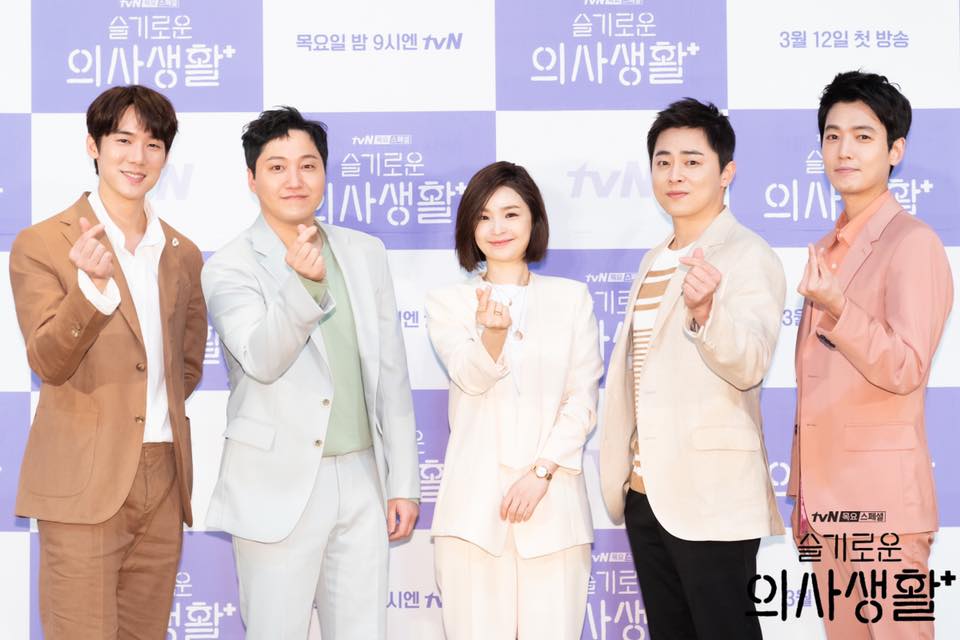 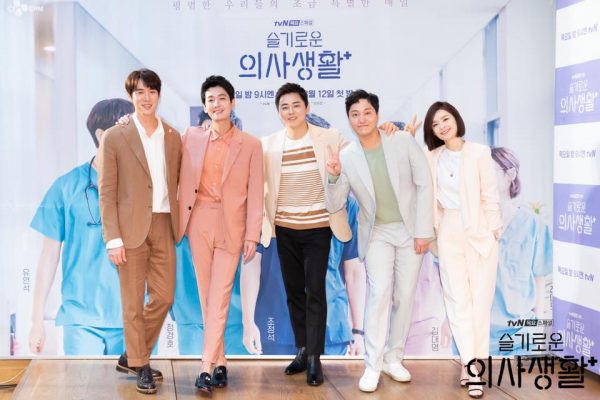 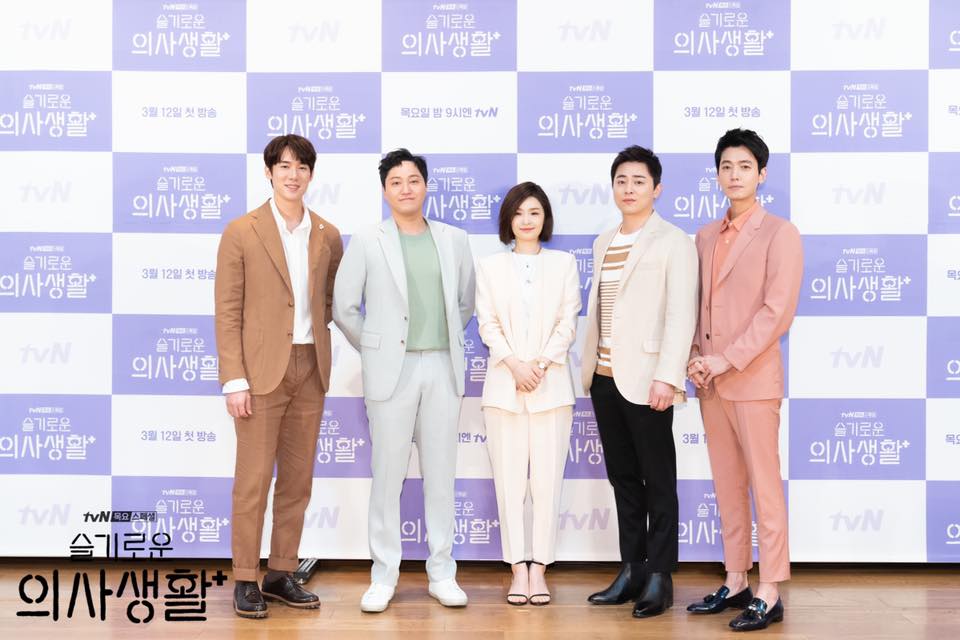 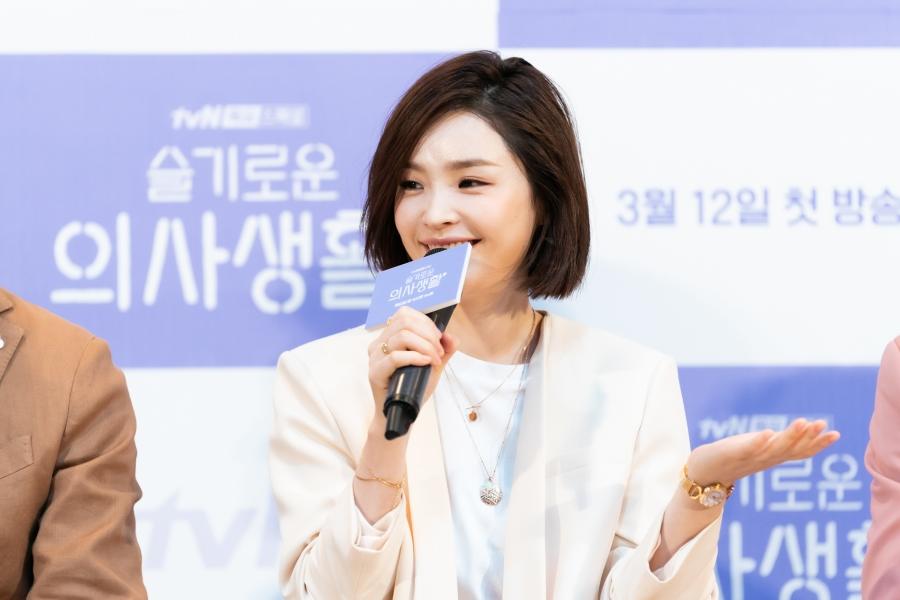 Hellokpop, as an independent Korean entertainment news website (without influence from any agency or corporation), we need your support! If you have enjoyed our work, consider to support us with a one-time or recurring donation from as low as US$5 to keep our site going! Donate securely below via Stripe, Paypal, Apple Pay or Google Wallet.
FacebookTwitter
SubscribeGoogleWhatsappPinterestDiggRedditStumbleuponVkWeiboPocketTumblrMailMeneameOdnoklassniki
Related ItemsHospital PlaylistHospital Playlist netflixJeon Mi DoJo Jung SukJung Kyung-hoKim Dae Myungpress conferencetvNYoo Yeon Seok슬기로운 의사생활
← Previous Story Lee Min Ho Wants Kim Go Eun In His World In The 2nd Video Teaser Of “The King: Eternal Monarch”
Next Story → K-Drama Review: “Touch” Makes A Statement That With The Right People & Right Attitude, Success Is Attainable